AppleInsider
Posted: December 6, 2022 2:57PM
in General Discussion edited December 2022
The Apple Card launched in 2019, and it has been a challenging few years. Three years after launch, does it still hold up in a challenging market? 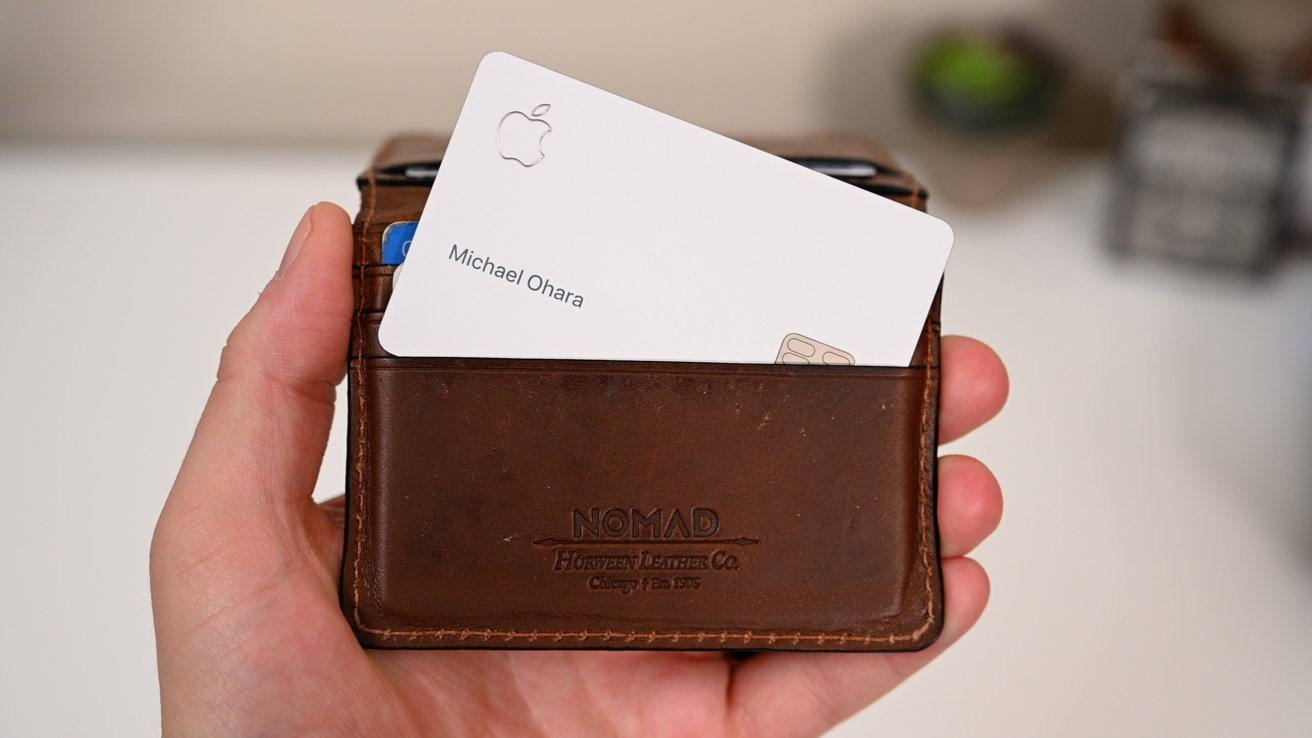 Apple Card could do more in a challenging market

The Apple Card recently turned three years old, and in those three years, it's received plenty of criticism and accolades. So, years after debut, it's worth another look.

As we see it, there are two significant benefits to owning the Apple Card.

Compared to other credit card apps, it blows their interfaces out of the water. A quick glance shows how much open debt you have, the color codes show what categories you've been spending money in, and a list of your last several transactions.

Making payments is as easy as tapping "pay now" and using the dial or keypad to enter how much you want to pay. It even shows you how much you'll need to pay to avoid paying any interest and how much you'll pay if you don't make a minimum payment.

There are no slow-loading, fiddly tabs to fuss with. This is a vast improvement over something like the Barclays or Capital One app. 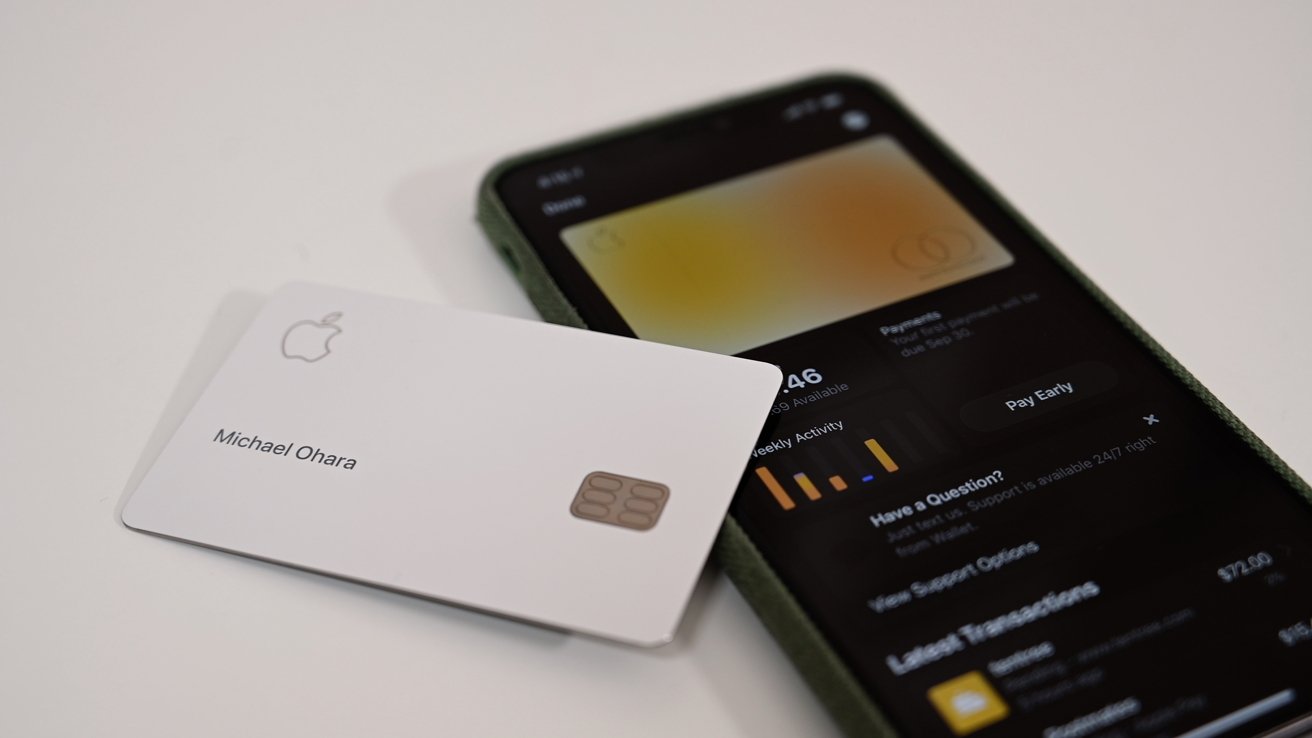 Managing Apple Card from the Wallet app is fairly simple

The second big benefit is how easy it is to buy Apple products on a monthly installment plan. It's super easy, and the 3% cash back is excellent.

Sure, some credit cards and credit payment programs will let you take an interest-free grace period for purchases over a certain amount, but the ease of using the Apple Card is hard to beat.

If you routinely upgrade your Apple gear, the Apple Card is one of the best options out there.

There are other benefits, too. Namely, the lack of fees. There are no yearly fees or late fees -- though you will still continue to accumulate interest. This is nice, though not unheard of, either.

While there are things we love about the Apple Card, there's plenty not to like as well. 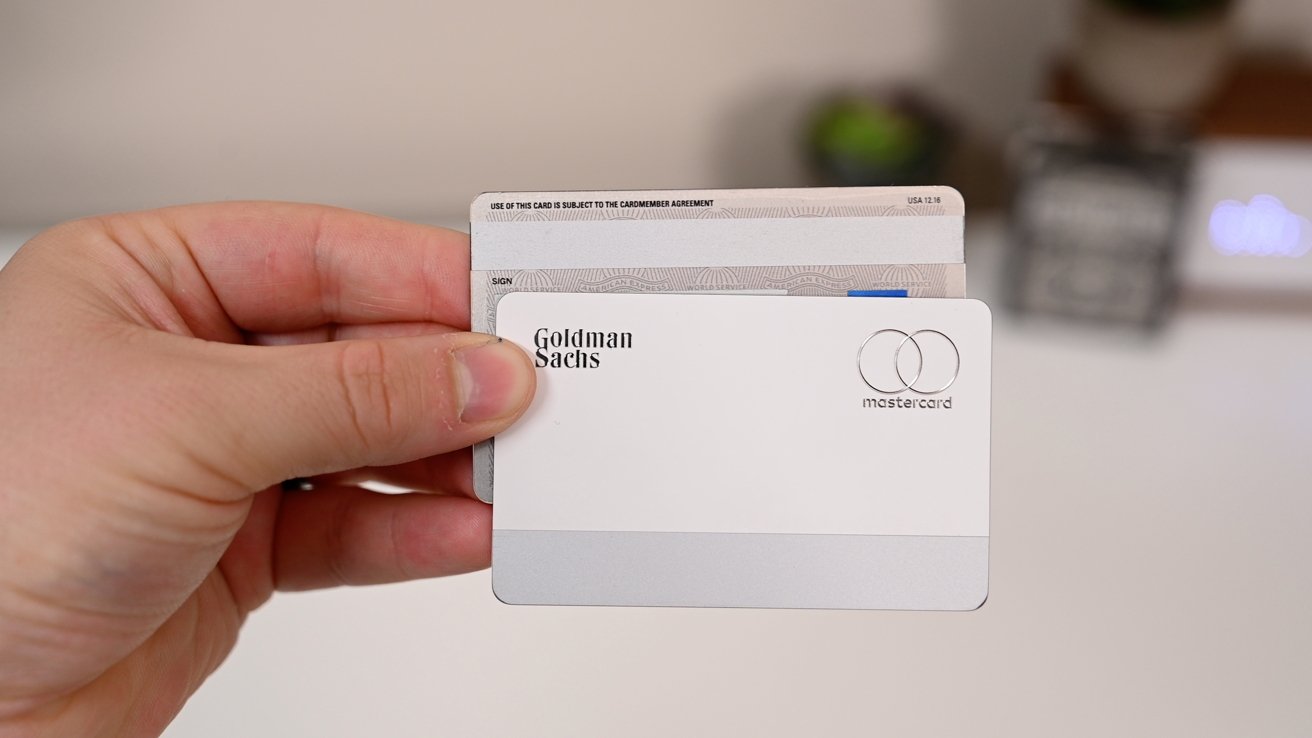 The titanium card doesn't have tap-to-pay

First, the APR skews exceptionally high. For example, one AppleInsider staffer, who has a 780 credit score and a credit usage of under 3%, got assigned a 24.99% APR rate, making them hesitant to use the card regularly. And there's no easy way to determine what the APR of your Apple Card will be before you apply.

Credit score seems to have less to do with it than it does for other cards, and many users who report a low debt-to-income ratio have pointed out that their APR is also high. Even credit age and payment history are poor indicators of what your APR will be.

And there's still an issue with the card offering some users a meager starting limit. Some users, years ago, reported that they were offered as low as $250 for their starting limit, making the card useless for purchasing any Apple gear in the first place.

Fortunately, many of those users have reported that within the first 90 days, with moderate use and paying the balance in full, the credit card limit increased to $2,500. 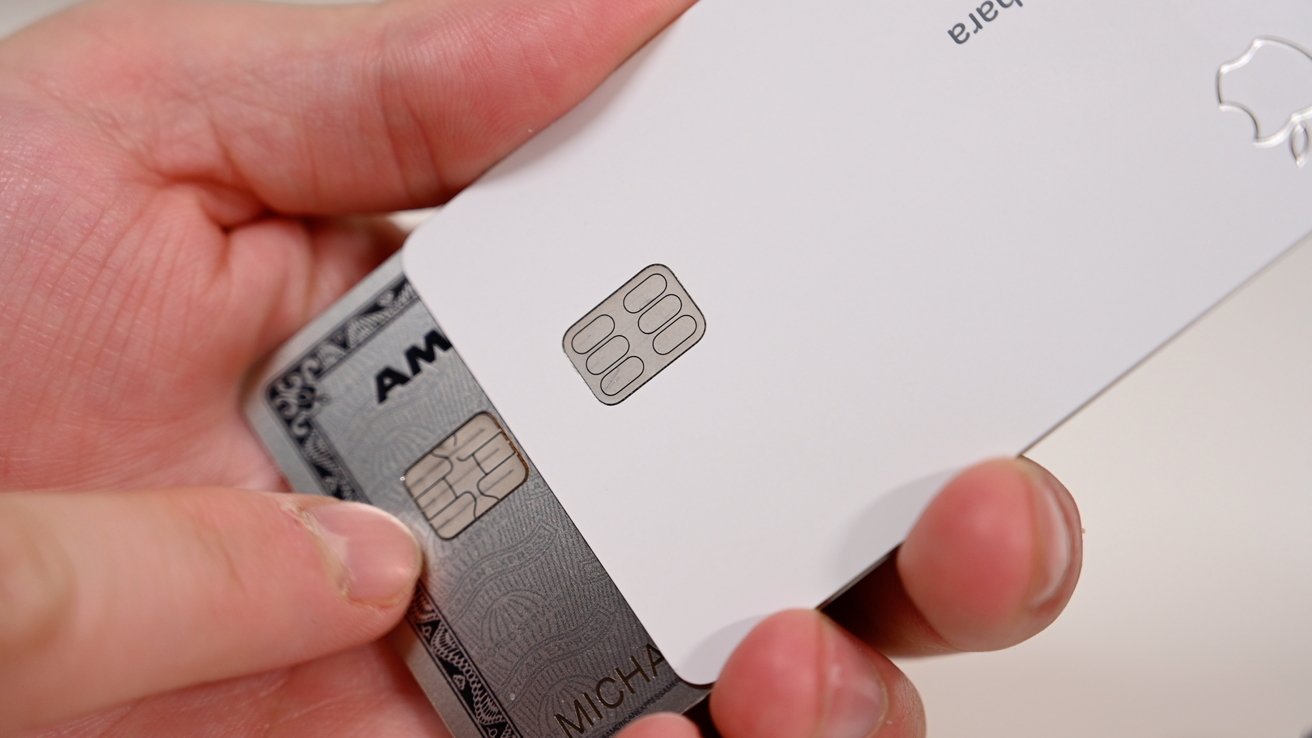 Apple Card has a chip and magnetic stripe for payments

Lastly, there's the rewards system. Compared to other offerings, it's not stellar. You'll get 3% cash back on any Apple gear you buy, and the 0% APR for up to a year is pretty nice. The 3% cash back also extends to media, app, and subscription purchases via Apple.

If you use Apple Pay at select retailers, such as Uber, Nike, Panera, or Walgreens, you'll get the same 3% back.

You'll get 2% back if you use your Apple Card via your iPhone or Apple Watch at any retailer that accepts Apple Pay. And, to be frank, 2% is not much to write home about.

You'll get a paltry 1% cash back if you use your physical Apple Card, which is enough to dissuade us from ever using it over a different card.

And then, there are some durability issues with the card. This isn't Goldman Sachs' or Apple's fault, but the finish on the card can get rough over time. Most of the pictures in this review are of a clean, new card.

This one is decidedly not. Wes received his titanium Apple Card in January 2021, and his MagSafe Wallet with AirTag hasn't been kind to the finish. 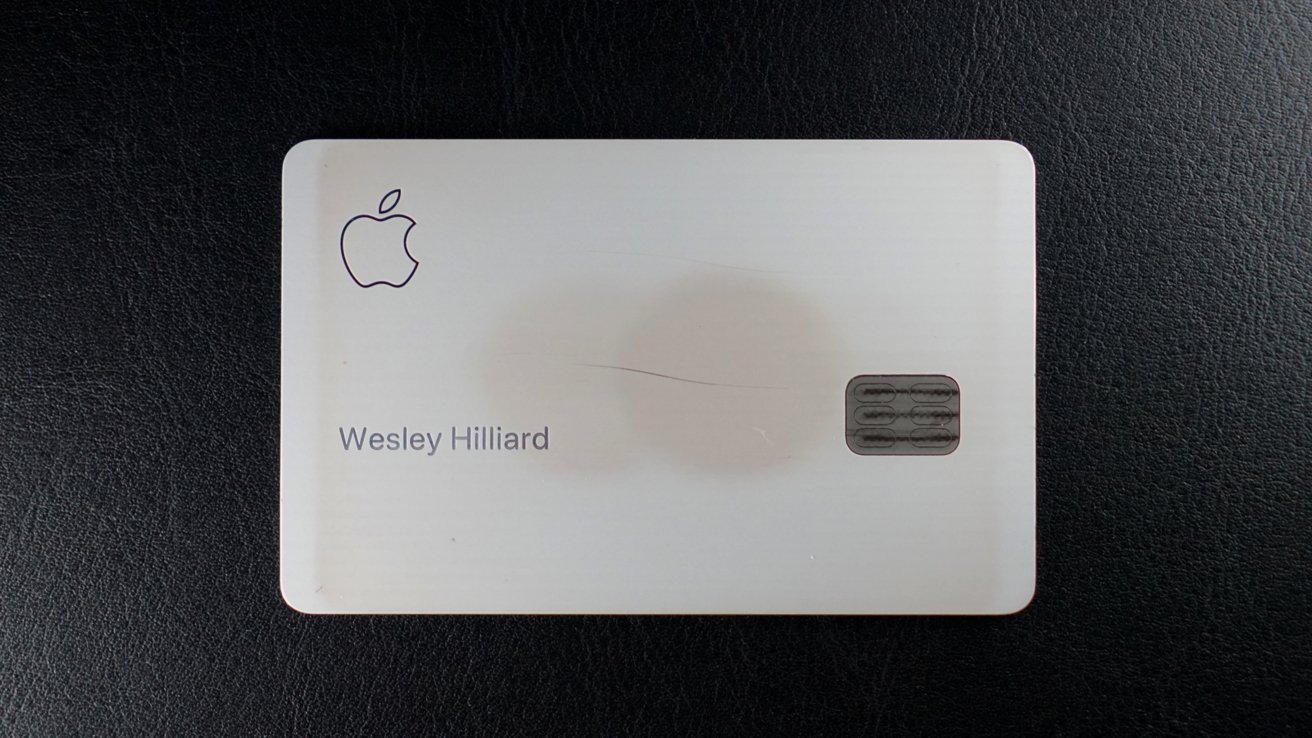 An Apple Card after almost two years of regular use

Literally, your mileage may vary. Obviously, the more you use the card, slide it in and out of a wallet, handle it, and so forth, the worse the card is going to look over time. Apple makes it easy to replace, though.

We've discussed the Apple Card's pros and cons, and for the most part, it still comes up pretty short if you look at it purely from a credit card standpoint.

Plenty of other cards on the market offer better rewards and lower APRs. We encourage you to do a little research before applying for the Apple Card if you want this to be a card used at the grocery store or the gas station.

However, if you routinely buy Apple gear or if you tend to spend a lot on digital purchases via Apple, it's a good secondary card to keep in your metaphorical back pocket. 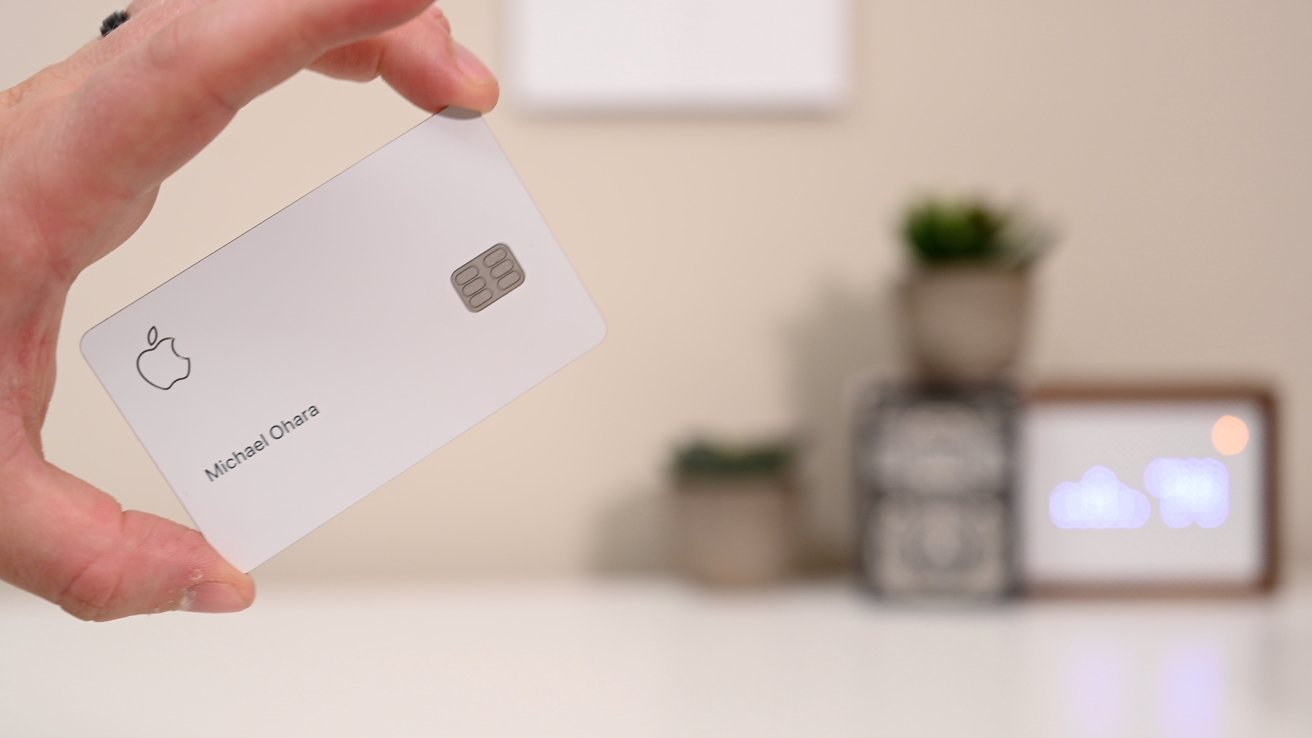 The market has evolved, but Apple Card has not done much to keep up

In the coming months, Apple is gearing up to launch a new feature that allows users to put their Daily Cash rewards into a high-yield savings account from Goldman Sachs.

While Apple isn't the first to create a feature like this, it's fantastic just the same. So again, if you're someone who is routinely using your Apple Card to buy Apple gear, apps, or media, this could be a great way to passively save some extra money.

With all financial decisions, choosing a credit card is highly personal. So again, we encourage you to do your own research to see if the Apple Card is the right card for you.

Overall, the Apple Card in 2022 is challenging to score, and your personal score for it, depends very much on what your main use case is. As just a credit card, with no other niceties considered, it is a 1 out of 5. There are better cards available to college students who hit the quad for the first time and get accosted by a card company under a tent.

The Wallet interface is second-to-none. That, on its own, is very clearly best in class, and a 5 out of 5. And, that 3% back on Apple gear from Apple is nice -- but there are better bargains elsewhere, almost always.

If you make frequent purchases from Apple, including media, apps, and services, the Apple Card in 2022 remains a 4.5 out of 5. The problem is, for everybody else, it is at best a 2.5 out of 5.

Overall, encompassing everything, we give it a Score: 3.5 out of 5.