AppleInsider
Posted: December 9, 2022 1:38PM
in General Discussion
Apple has announced Apple Music Sing, and -- a bit more seriously -- new security features that have made the FBI very unhappy. Plus the Freeform app, and additional Lock Screen Widgets, all on this week's episode of the AppleInsider Podcast. 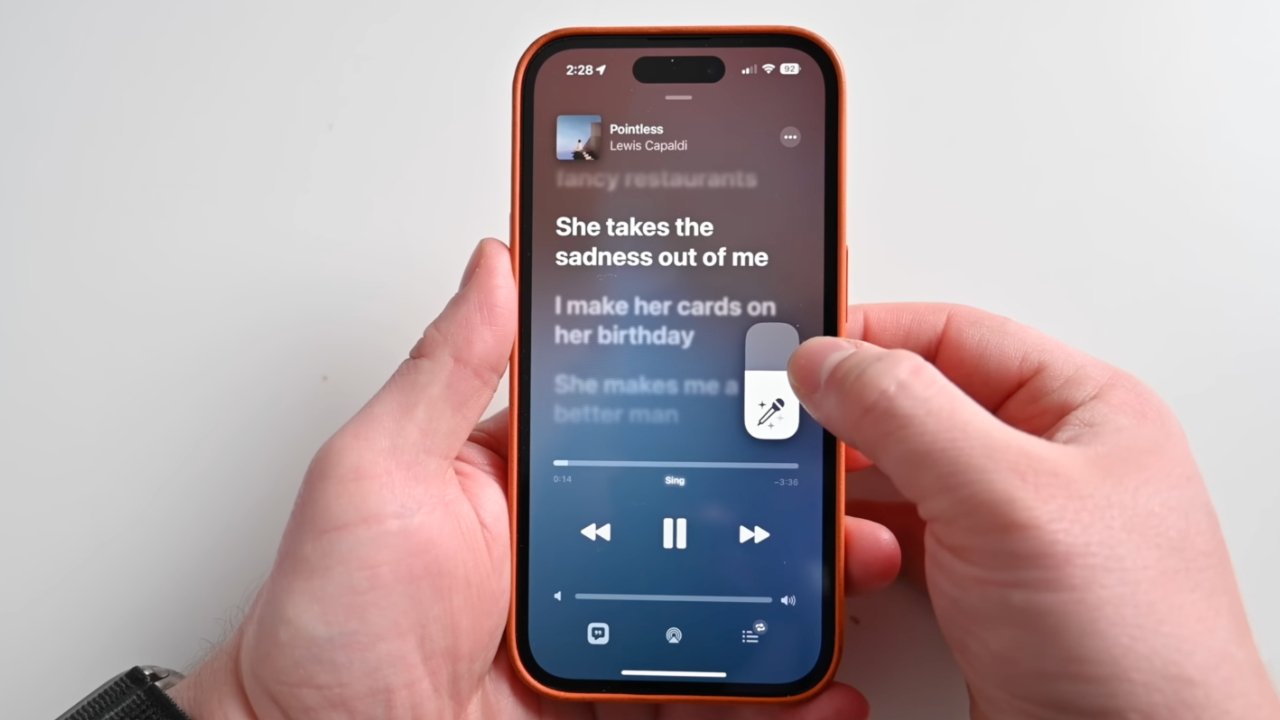 Apple Music Sing is the new karaoke feature that Apple is introducing with iOS 16.2, and probably just in time for you to relish or abhor at Christmas parties this holiday season. Like it or loathe it, though, there is one thing that is certain -- it isn't the Apple Music Classical app that Apple has promised by the end of the year.

Starting by the end of this year and carrying into 2023, though, are new security features that have left the FBI feeling "deeply concerned." The Feds say they want backdoor access into our data, and Apple is making them come up with new euphemisms for breaking end-to-end encryption.

Somewhat less controversially, the forthcoming iOS 16.2 -- and also updates to macOS Ventura and iPadOS -- are finally bringing us Apple's new Freeform app. When you get it, you'll clearly recognize its roots in Keynote, Apple Notes, and Pages, -- but it's taking those best features and making something mew with them.

Plus Apple TV+ has achieved another first -- its "Slow Horses" drama is the very first show from the streamer to be nominated for an award by the Writers' Guild of Great Britain.

Support the show on Patreon or Apple Podcasts to get ad-free episodes every week, access to our private Discord channel, and early release of the show! We would also appreciate a 5-star rating and review in Apple Podcasts.

Those interested in sponsoring the show can reach out to us at: [email protected].