AppleInsider
Posted: December 9, 2022 6:06PM
in General Discussion
Google announced that passkeys are now in the latest update to Chrome, a security feature companies are adopting to try to replace passwords.

The company announced in October that it added support for passkeys in Chrome Canary, a version of its browser that it uses for testing new features. Now, the official, stable version of Chrome -- M108 -- has the security feature.

Mac users can update Chrome by clicking the three-dot menu in the upper-right of the browser window and clicking Help > About Chrome.

Passkeys are an effort from Apple, Google, Microsoft, and the FIDO Alliance to replace passwords. Apple announced support for them at its WWDC event in June.

They are based on the Web Authentication API WebAuthn, a security standard that uses public key cryptography for authentication.

Unlike passwords, passkeys are meant to be simpler and more convenient. They can't be reused or leaked in data breaches, and they help protect users from phishing attacks.

They work across various browsers, websites, and apps. Users can sign into websites and apps with a passkey using biometric authentication such as Face ID or Touch ID. 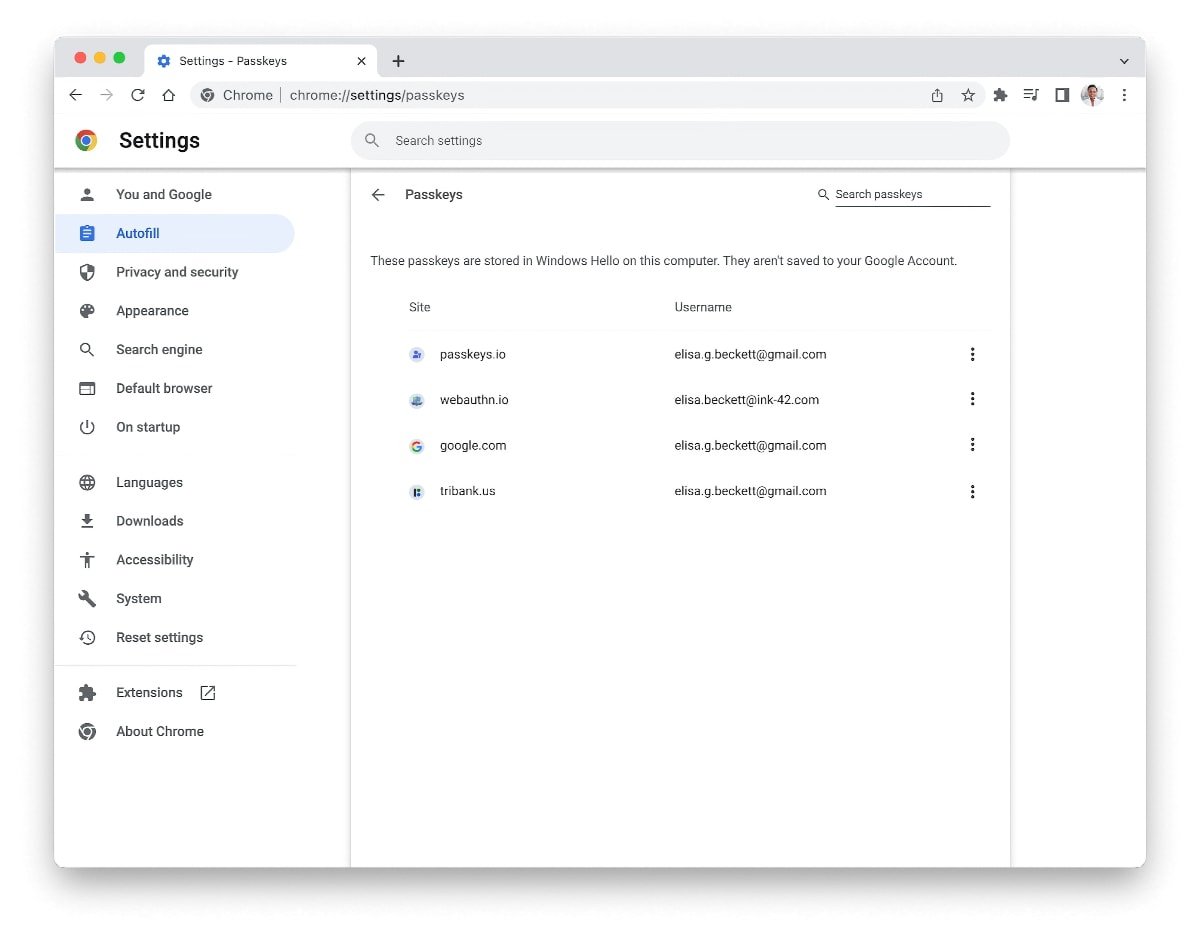 Chrome can store passkeys along with passwords

Passkeys can be backed up to iCloud and synced across your iPhone, iPad, and Mac devices in an end-to-end encrypted fashion. Users who create a passkey on an Apple device can sign into a website or app on a non-Apple device using a unique QR code, and authenticate with biometrics.

Google says that Chrome will be able to save passkeys in the browser's built-in password manager.