AppleInsider
Posted: December 29, 2022 6:06PM
in Apple Watch edited December 2022
The ECG feature alongside other measurements in the Apple Watch can act a basic stress detector, claims a new study. 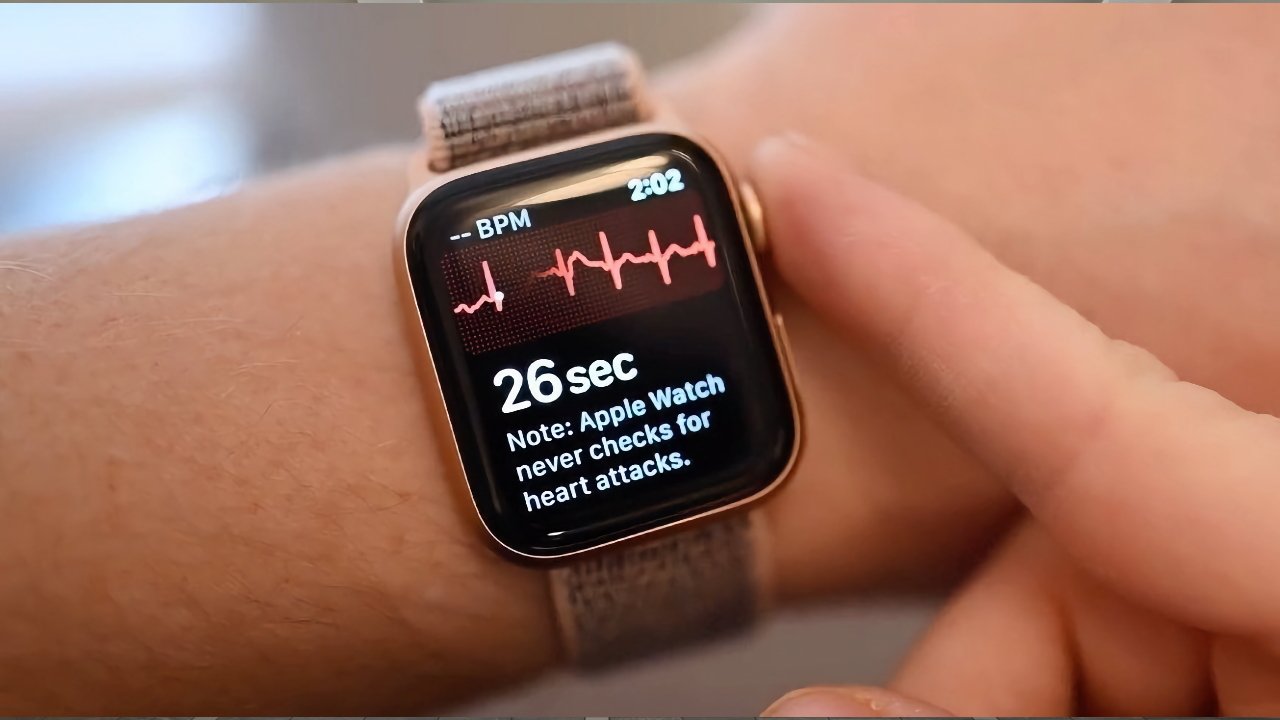 Back in 2020, the then forthcoming Apple Watch Series 6 was rumored to include features for monitoring mental health issues, most specifically including anxiety. Apple has not included such an anxiety or stress app as yet.

However, a limited new study claims that the Apple Watch is already useful for predicting stress, because of what else it is intended to detect.

"[The] link between stress and multiple biomarkers has revealed opportunities to develop technologies to quantify stress," says the research paper by Frontiers in Digital Health. "One such feature is heart rate variability (HRV) which is now routinely quantified through an electrocardiograph (ECG)."

An ECG feature has been included since Apple Watch Series 4.

"Participants were given an iPhone 7 with iOS 15.0 and an Apple Watch Series 6 containing an installed Apple Watch ECG app (WatchOS 8.3) for two weeks," says the paper. "They were instructed to collect data 6 times during the day in approximately three-hour intervals... Before the ECG collection, participants were asked to complete a stress questionnaire on the iPhone."

"To the best of our knowledge, this is the first study to use Apple Watch ECG data to predict stress levels of individuals," continues the research paper. "Further, the results are in line with the start-of-the-art for stress prediction, although at the low-end."

So even without a specific stress feature, Apple Watch is able to function as a basic, if limited, stress detector. "This is very promising considering the ultra-short-term and real-life nature, as well as the novelty of, the Apple Watch ECG data," say the researchers.

"However, while the current models have high specificity, predicting 'no stress' states relatively well," they continue, "it lacks the predictive power to accurately predict the 'stress' states as of yet."

The study was conducted by Frontiers in Digital Health and the University of Waterloo, in Ontario. It was limited, with ultimately only 33 participants. Those participants were split 73% women, 27% men, with ages ranging from 18 to over 65.

Details of the study were first spotted by My Healthy Apple.