AppleInsider
Posted: December 30, 2022 1:52PM
in General Discussion edited December 2022
To mark the Chinese New Year, Apple is releasing a limited-edition Year of the Rabbit version of the AirPods Pro in four countries in Asia. 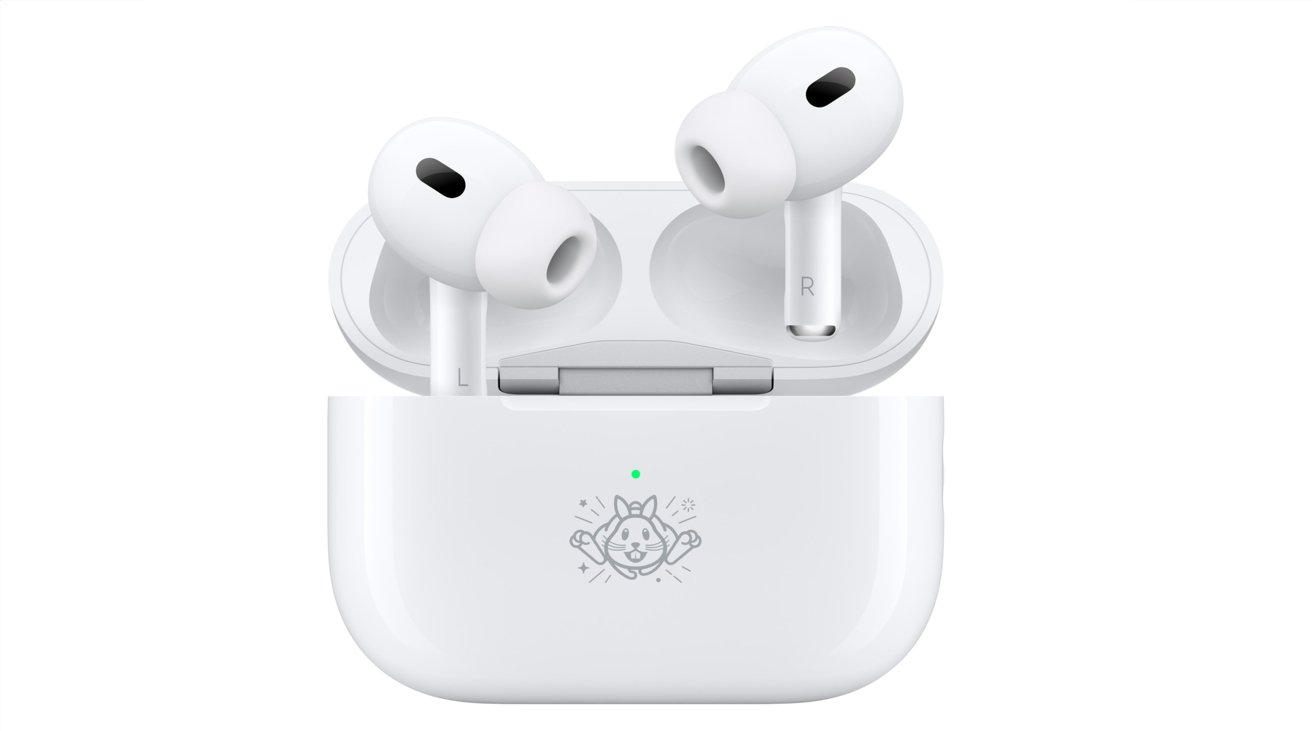 Year of the Rabbit AirPods Pro

The Chinese New Year takes place on January 22, 2023, and Apple is capitalizing on the event with customized versions of its hardware. The latest launch is for a limited-edition release of AirPods Pro, personalized for the occasion.

The Year of the Rabbit variant of the AirPods Pro aren't hugely altered from the normal version. The charging case gains a special Year of the Rabbit engraving of the mammal running toward the viewer, while the retail box has the same image on the side in red.

The model will be limited to two units per customer, and will be sold until stocks run out.

AirPods Pro aren't the only products to benefit from a special edition for the Year of the Rabbit. In Japan, a two-day promotion provided 30,000 customers who bought specific iPhone an 8,000 yen gift card and a limited-edition AirTag, complete with rabbit engraving.