AppleInsider
Posted: January 4, 2023 12:32AM
in Apple Watch
After the success of its titanium and stainless steel metal link Apple Watch bands, Nomad is out with its latest offering, an aluminum band to match Apple's entry-level wearables. 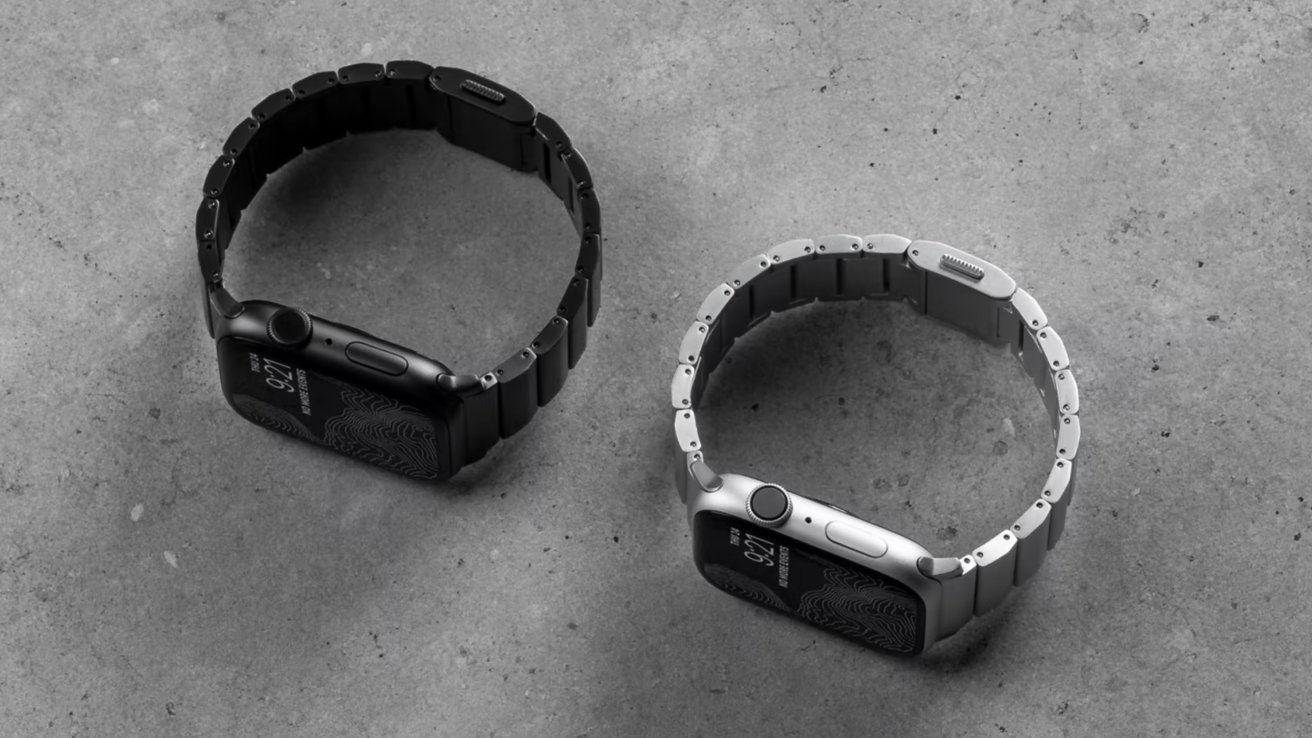 The new Nomad aluminum band for Apple Watch launched this week amid CES 2023 and has a matte finish in silver or Space Grey to match Apple's aluminum Apple Watch models.

One downside is that the band doesn't come in Midnight, which is Apple's replacement for Space Grey on the current Apple Watch Series 8. Midnight has a blue tint versus Space Grey, which is solely a dark grey hue.

The Space Grey version of the Nomad Aluminum band has a super strong DLC coating to prevent scratching. Both versions have a magnetic easy-close clasp with side buttons to open it.

There is only a 45mm/49mm version of the Nomad aluminum band, though it is designed to fit Apple Watch Ultra, Series 8, 7, 6, SE, and all previous larger versions of Apple Watch.

The Nomad Aluminum Apple Watch band is available now for $199. The stainless steel version is also available for $199, and the titanium model is still back ordered until April at $299.