AppleInsider
Posted: January 11, 2023 1:25PM
in Apple Watch
A firm in Norway has mounted Apple Watch Ultra onto a drone to use its three-microphone array, and precision GPS feature, to detect and locate gunshots. 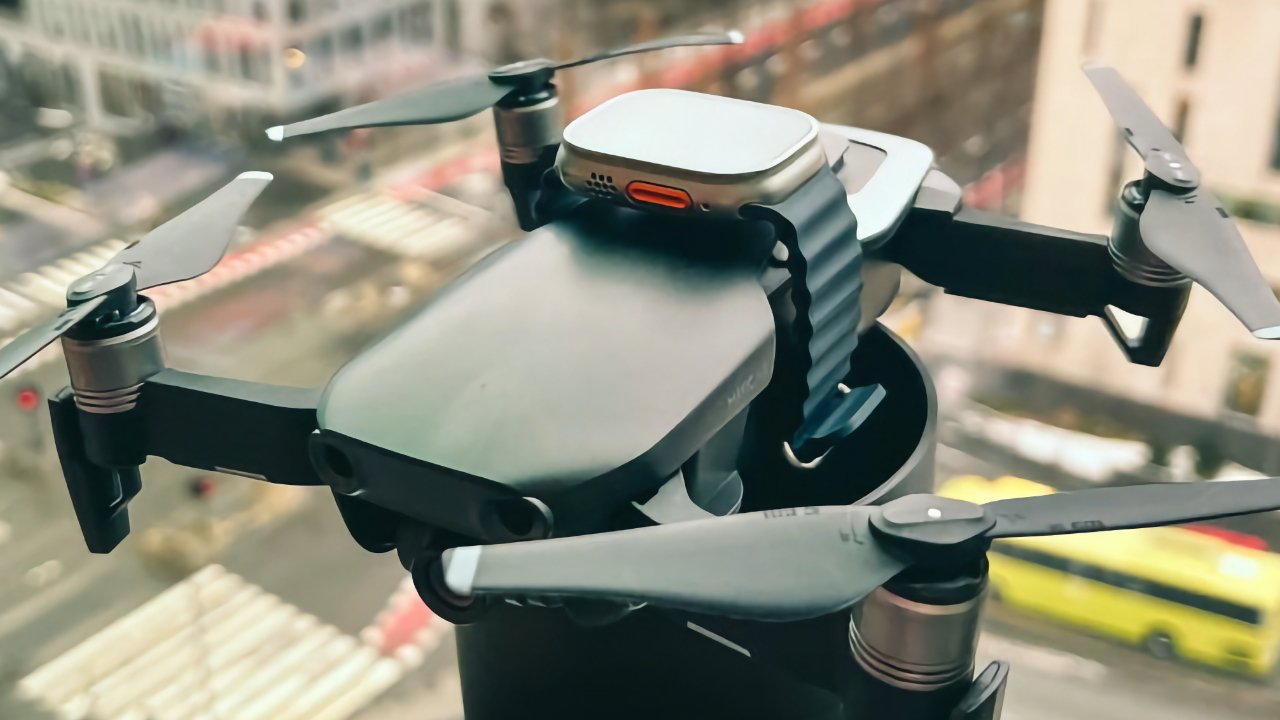 While some regular users of Apple Watch Ultra initially reported problems with its three-microphone system, Oslo-based company Triangula is using it as part of the firm's security services.

In a post on LinkedIn, Triangula Chief Commercial Officer Marius Marents said the drone-mounted Watch was "so cool."

Triangula straps the regular Apple Watch Ultra to the drone, and then uses its own Triangula Scout app. The company has previously required "three or more mobile phones and/or Apple Watches," in order to recognize "the audio signature of a gunshot" and locate its position.