AppleInsider
Posted: January 17, 2023 12:33PM
in General Discussion
The new Yale Smart Safe has good HomeKit compatibility, and a ton of great features -- but software bugs are an issue right now. 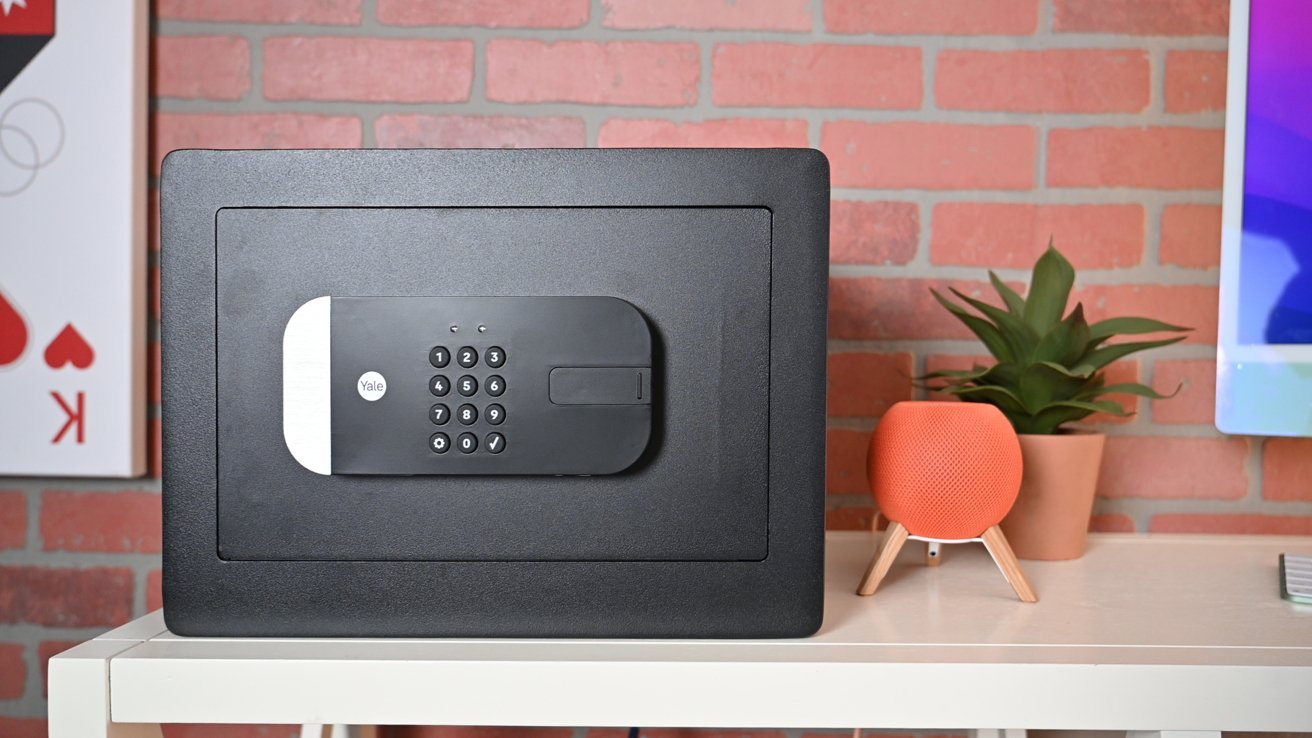 Yale announced the new Smart Safe following CES 2023 though it got previewed a few years ago. Now long overdue, we've gotten to test the safe out over the past few weeks.

The safe itself is black powder-coated stainless steel that feels tough. The front has a door with a keypad that swings open from left to right.

A piece of brushed metal on the front of the handle creates a nice contrast with the otherwise very dark aesthetic. To the right of the keypad is a small slider that hides a keyhole for backup access.

With the Yale Smart Safe, you can leave it freestanding or mount it to the wall or floor. Yale includes bolts that can go through the back or bottom of the safe, preventing someone from grabbing it and walking off.

This step can be laborious, and you'll want to make sure you're going into something strong like an in-wall stud, but it is essential to keeping your items secure. 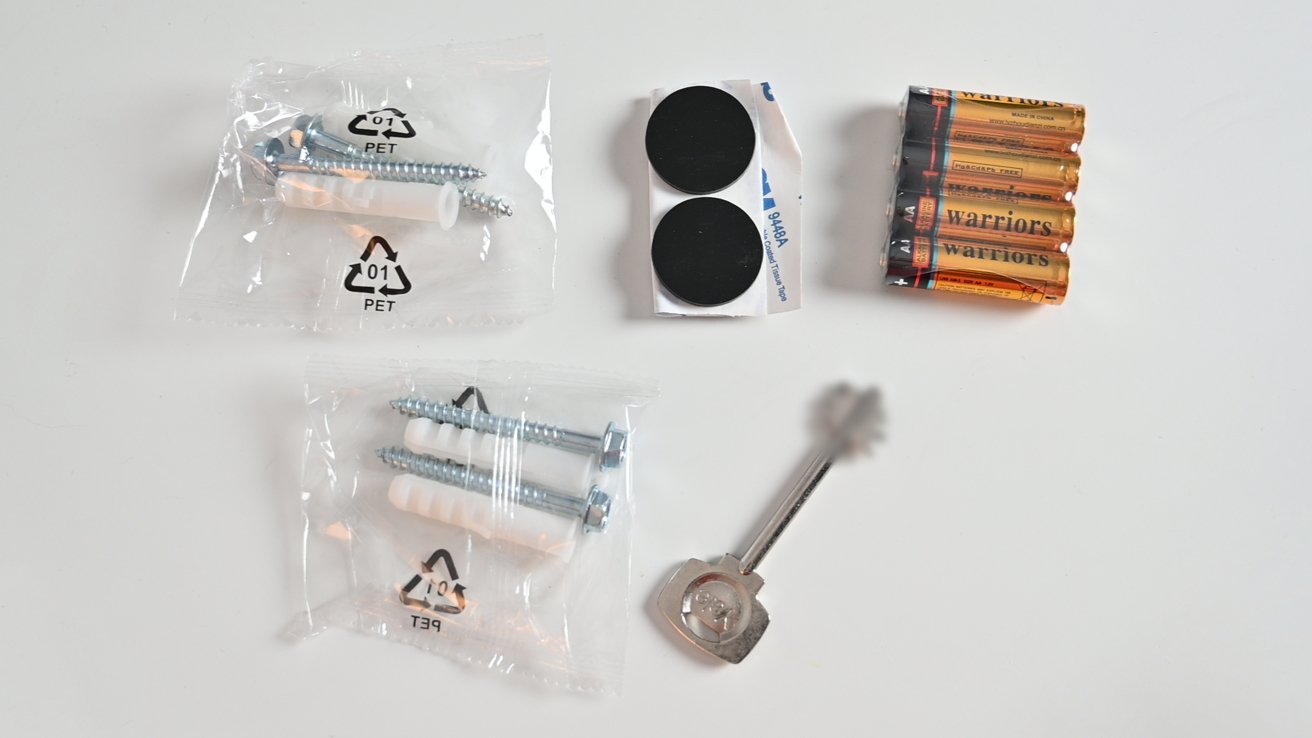 Also included with the safe are four AA batteries and a backup master key. To start the setup process, we opened the safe with the key and inserted the batteries into the back of the door. 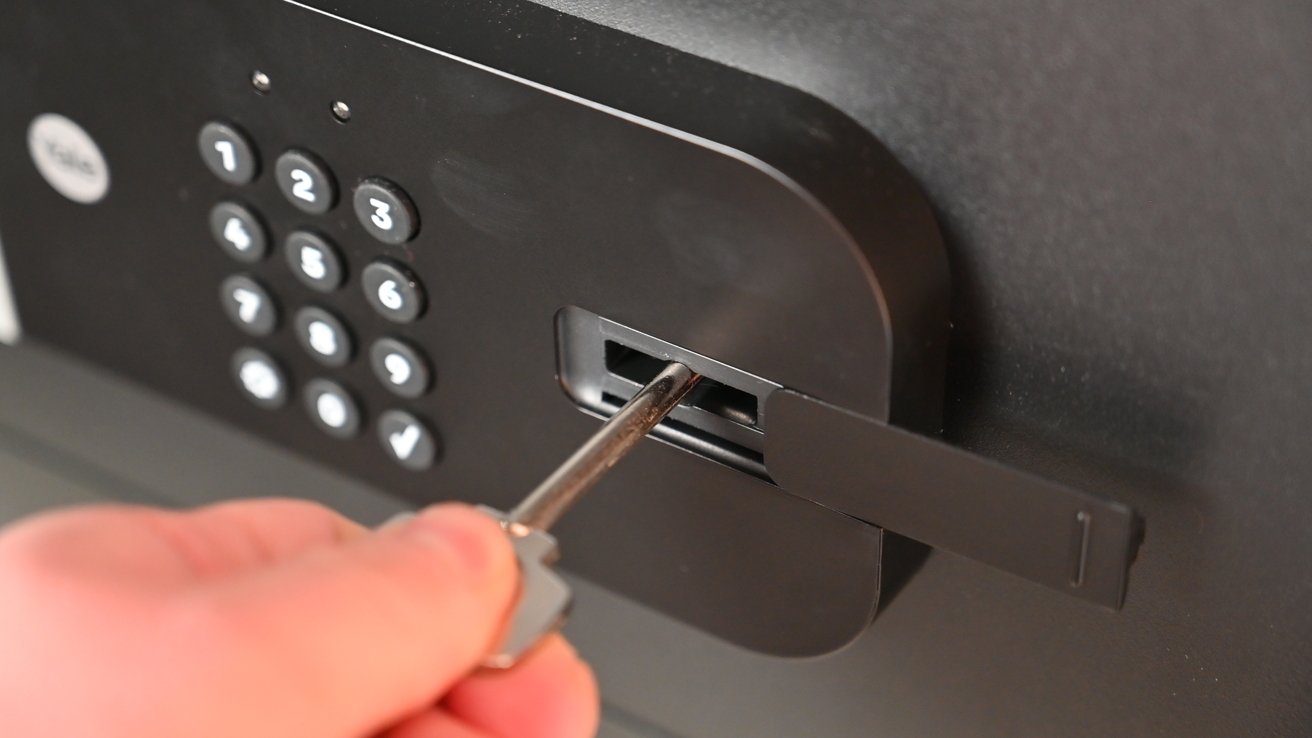 We went through the steps in the Yale Access app, which walks you through the onboarding process, adding HomeKit, and adding access codes. For those with the Wi-Fi module, it will also help add your Yale Connect.

That all being said, it wasn't all smooth sailing our first time trying to set up the Yale Smart Safe. We ran into an issue where it initially didn't complete the setup and froze in the Yale Access app.

After a while, we had to "force close" the Yale Access app, putting the lock in this peculiar Bluetooth state. We couldn't access it, nor set it up again.

It took a phone call with Yale to right the issue, which involved removing the lock from our Yale account on the back end.

Once we got through this process, the lock was set up perfectly on the next attempt, and we haven't had an issue since. Yale strongly emphasized to us that this is not the typical user experience. They also told us that they documented the problems and would use the experience to make improvements to eliminate these fringe issues.

As heavy Apple users, our standout feature was HomeKit support. Once we added the safe to the Yale app, we enabled HomeKit functionality and added it to the Home app too. 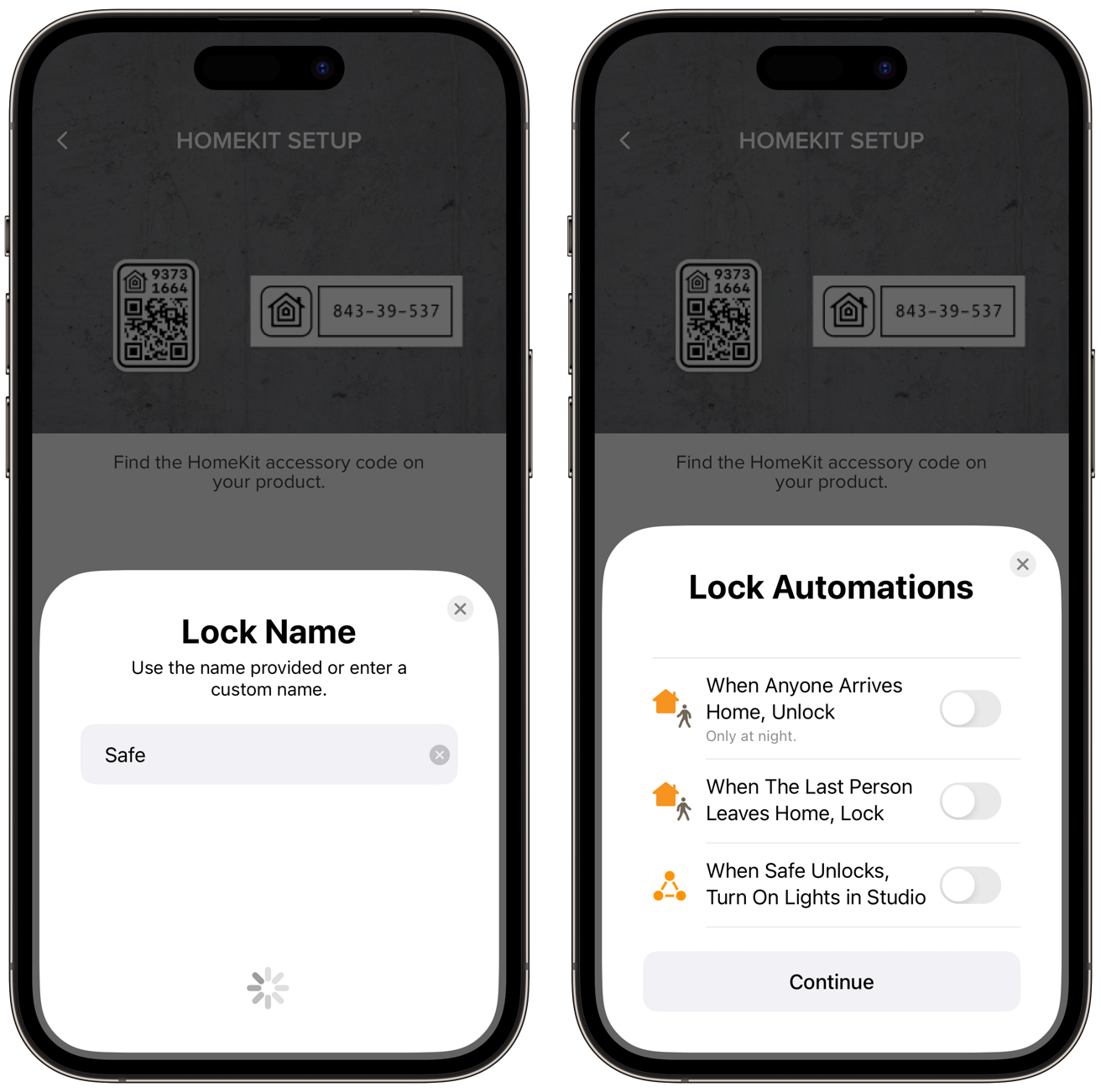 We scanned the HomeKit pairing code inside the door and on the included instruction manual. We then went through the usual HomeKit rigamarole, such as naming the device, assigning it a room, and enabling any suggested automation routines.

The most-used feature for Apple Home users is to unlock and lock the safe using the Home app. The Home app is available on all Apple platforms, and Siri works too.

There isn't a huge need to set up automations for a safe, but you could easily set up a routine that allows the safe to unlock as you arrive home. As the door swings open after it is unlocked, you can't create an automation to lock the safe unless you hold the door shut.

Apple Home also has alerts, just like any other lock. Whenever the safe is locked or unlocked, you'll get an alert letting you know.

More so than other HomeKit accessories, you'll need to download a third-party app to get the most from the Yale Smart Safe.

The Yale Access helps with onboarding, as well as other functions. This app lets you install firmware updates, control passcodes, and view access history.

The app itself is buggy and unclear. For example, while on a lock, tapping the ellipsis in the top-right corner takes you back to your "keychain" view that shows all your homes, and tapping the gear icon in the lower-right takes you to the whole-home settings versus for the lock you're currently on.

The interface could be organized better. And, any view you access takes a few seconds to load and doesn't feel fluid or native.

The Yale Smart Safe is small, but has enough volume for typical small objects, like medications, documents, identification, or other items.

It's a good size for a starter safe, but lacks high-end features larger ones may possess. For example, it isn't water or fire-resistant.

A single shelf is removable if you don't need it. It can't adjust, so you're stuck with it at the midpoint if you choose to keep it. 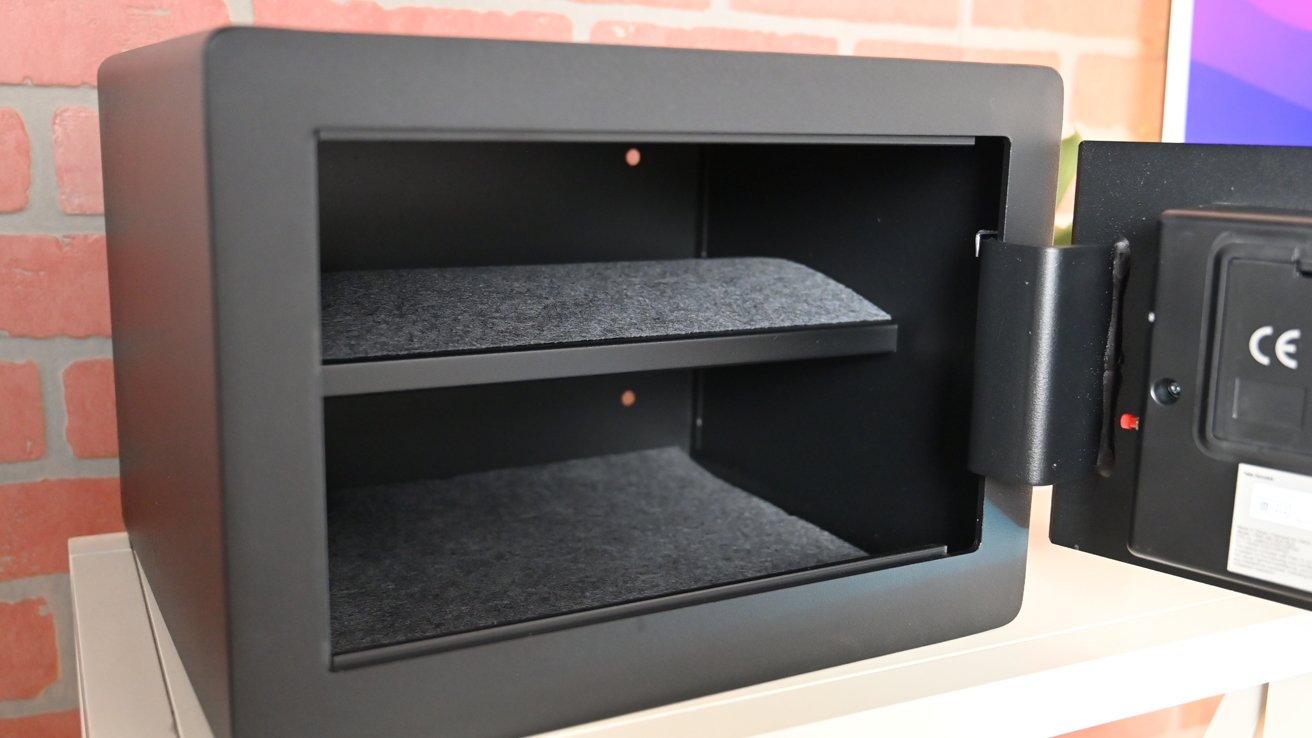 Yale includes two felt-like shelf covers, which is a nice touch. They are very light and float around the interior until you weigh them down.

Despite HomeKit support, we relied primarily on our passcode to enter the safe. It's just easier and faster most times to put in a code rather than bringing out our phone, opening the Home app, finding the lock, and unlocking it. 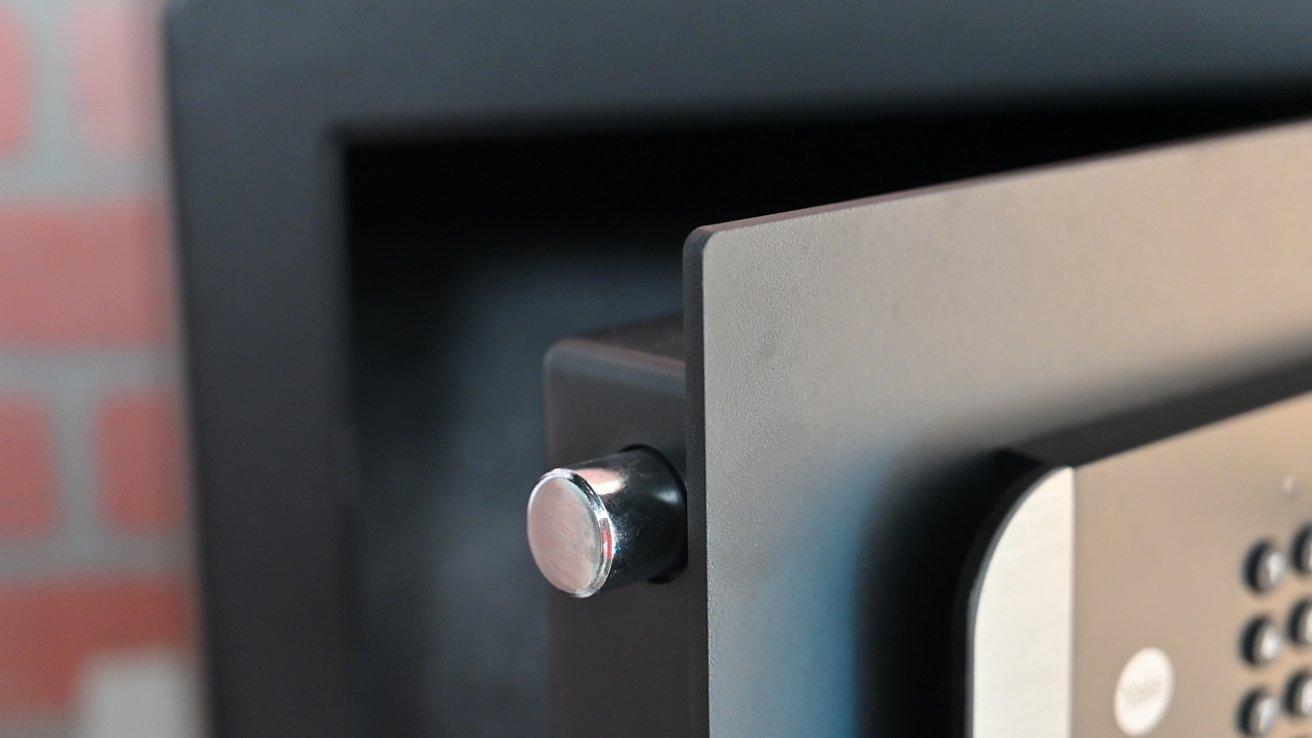 There were a couple of times we were getting ready to head out for the night, and we needed something from the safe, at which point we could walk around while asking Siri to unlock it for us.

We'd issue the command and walk to the safe as the door sprung open. HomeKit commands took roughly 3 seconds to process in most circumstances.

Another benefit of native HomeKit is you can use the standard version of the safe without the Yale Access module and still connect remotely. As long as you have a Home Hub within range, you can remotely access the safe.

While testing the safe, we never needed to provide remote access for another user back at home, but we did test the remote functionality, and it worked without issue.

Another feature we never needed to use is what happens when the batteries die. The app does alert you to low battery status, but if you neglect the batteries, you are never permanently locked out of your safe.

There are two contact points below the keypad. If you hold a 9V battery to them, you'll provide the power to the safe's electronics to unlock via HomeKit or your access code. Yale also has a similar feature on its smart door lock line.

Should you buy the Yale Smart Safe?

The Yale Smart Safe is a good option if you're in the market. We found it to have solid build quality, useful features, and seldom-seen HomeKit support.

While the app and HomeKit access weren't always the fastest way into the safe, they provided another way to gain access and were handy, on occasion. 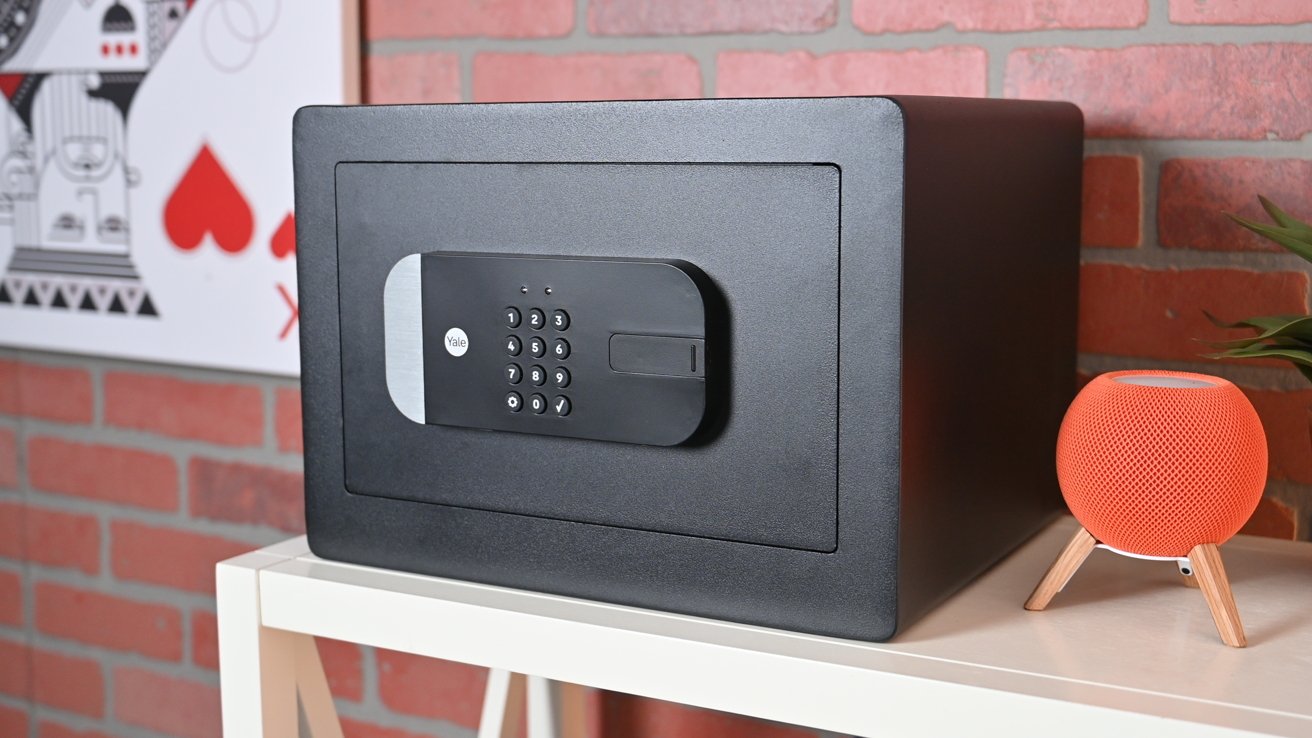 The Yale Smart Safe with HomeKit

Plus, they provided an added layer of security as you can receive a notification any time the safe is accessed. If you're worried your kids guessed your passcode, you'll still know if they ever open up that safe, even if you're not at home.

Yale needs to make some improvements to its onboarding and iOS app, though neither is enough to completely turn us off the product.

We're just not sure that we can recommend it for early purchase.

Where to buy the Yale Smart Safe