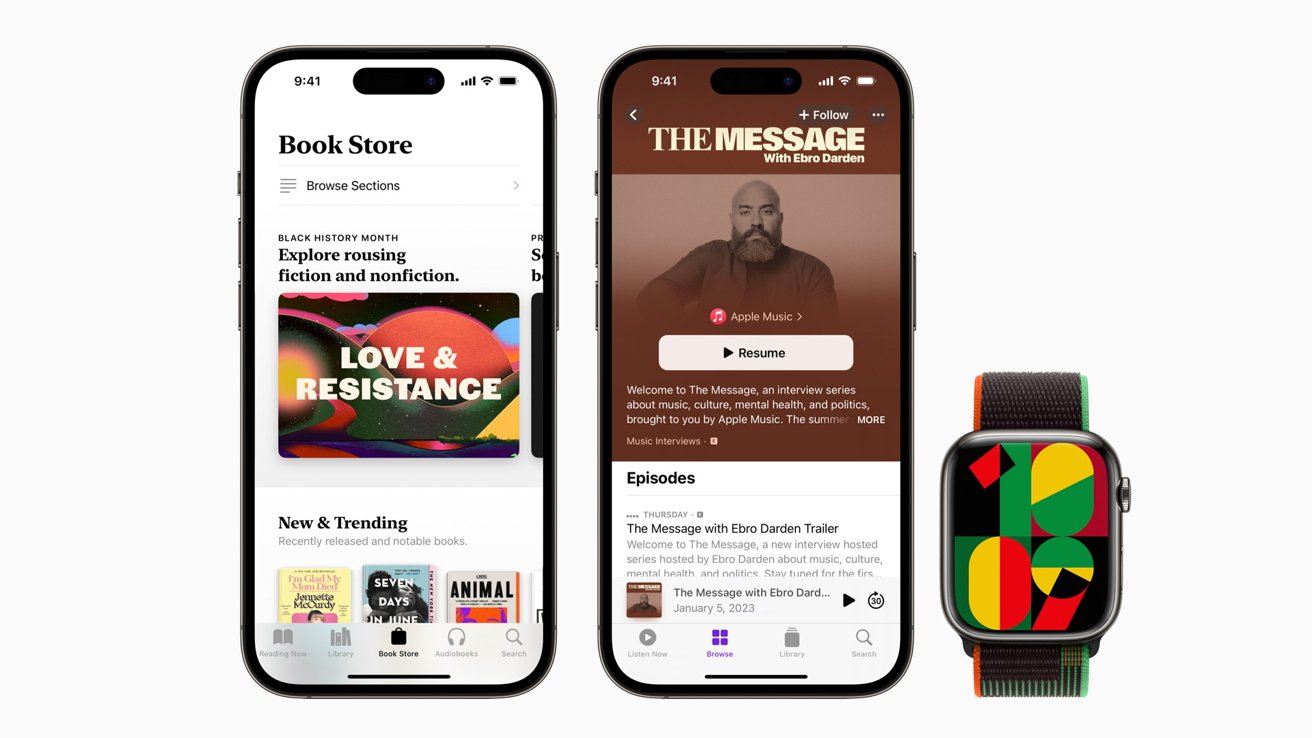 Apple celebrates Black History Month each year with a new Apple Watch Unity band and events within its various services. For 2023, the company has also included additional support across five organizations focused on uplifting Black and Brown communities through technology.

The Black Unity Collection utilizes a series of designs based on the colors of the Pan-African flag. The new Apple Watch Black Unity Sport Loop features the word "Unity" woven into the fabric using abstract text.

Interested customers can order the new watch band via the Apple Store app today, and it becomes available on January 24 for $49.

A new Unity Mosaic watch face incorporates geometric shapes in the same green, black, red, and yellow colors of the Pan-African flag. As the minutes change, the numbers use pieces of other numbers to morph into new forms.

There is also a new default Unity wallpaper that can be added to users' Lock Screens and Home Screens via the iOS 16 customization tool.

The App Store will spotlight apps and games forging creative solutions for Black communities in areas such as music, banking, and gaming. It is also celebrating 50 years of hip-hop culture by spotlighting numerous apps that allow users to listen, watch, and learn the significance of this creative movement.