The Most Disgusting AP Photo Ever???

That is an AP photo from the BBC webpage. Bill Gates is for sure not rich because of his dashing good looks.

This is also kind of cute. http://www.urban75.com/Punch/gates.html 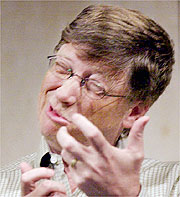 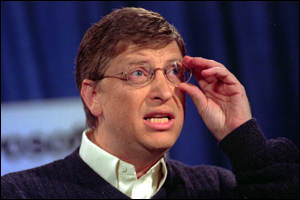