AppleInsider
Posted: January 20, 2018 11:18PM
in Current Mac Hardware edited January 2020
In the second part of our series, we put Apple's $5,000 iMac Pro to the test against one of the most popular configurations of the Mac Pro to see how much of a performance difference you can expect when editing photos. We'll also explore the upgradability of both systems. 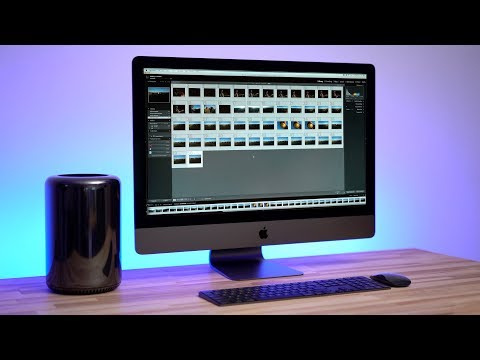 In our last video, we looked at a variety of benchmarks and talked about specs. If you missed it you can watch part 1 here. In this video, we'll be comparing the two Macs in a photo editing environment using Adobe Photoshop and Lightroom. Plus, we'll also talk about upgradability. 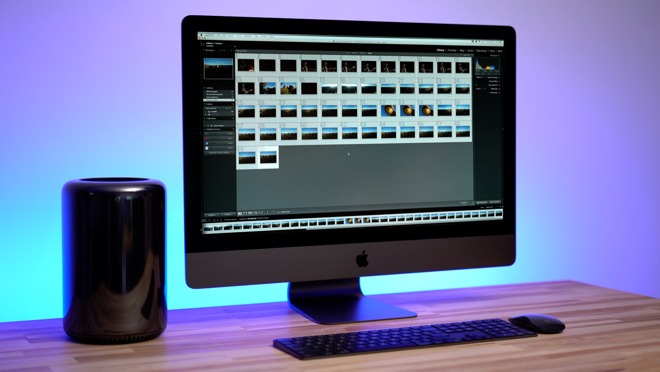 Testing Adobe's Lightroom Classic, we imported 50 42-megapixel RAW images. On lower end machines, like our 13-inch MacBook Pro, these high-resolution RAW images can really be a drag. Both the Mac Pro and the iMac Pro handled them in a reasonable amount of time. With that said, the iMac Pro was nearly 60% faster. 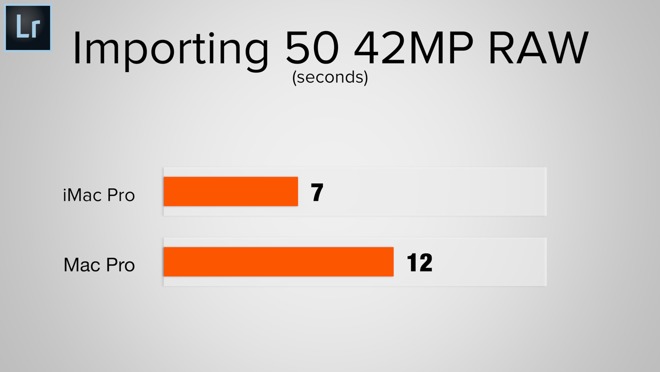 Next, we exported the 50 images to JPEG with standard sharpening for displays. The iMac Pro was about 35 percent faster. 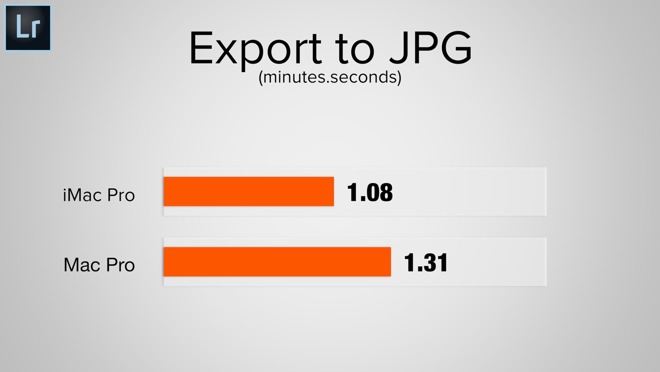 We then tested converting the 50 42-megapixel RAW images to DNG files. In that scenario, the iMac Pro was about 15 percent faster, taking 58 seconds to complete the task. 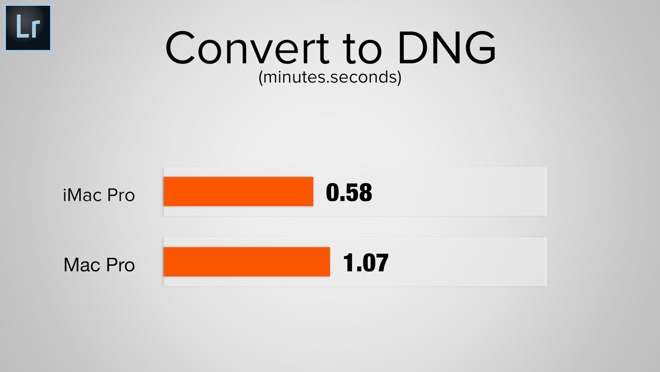 To finish off the test, we generated 1:1 previews for all 50 images. The iMac Pro finished in 57 seconds, just over 35 percent faster than the Late 2013 Mac Pro. 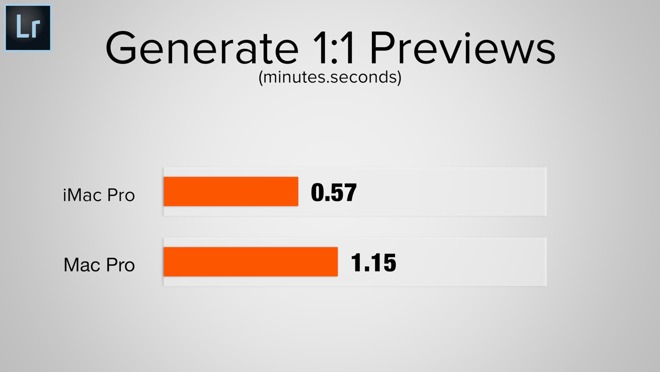 During standard photo editing, the iMac Pro did seem a bit snappier, especially when zooming in on a high resolution image, or applying noise reduction. With that said, its not a big difference, and the iMac Pro still has a short amount of UI lag that Lightroom is known for.

We ran multiple tests in the latest release of Photoshop, with the most difficult being a nine-shot 42-megapixel RAW bracketed sequence for HDR. 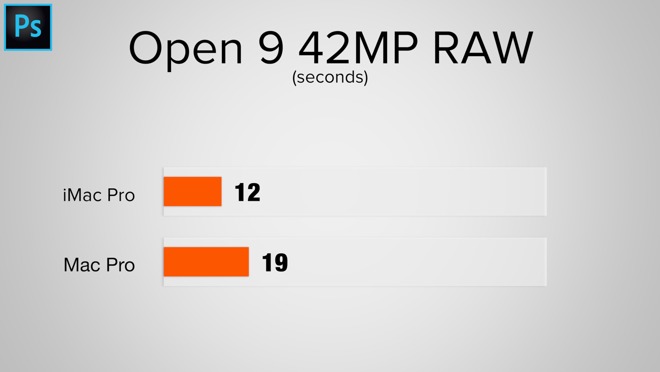 While the iMac Pro did open the high resolution images almost 60% quicker, our cylindrical Mac Pro created the HDR image 38 seconds faster. If you're constantly merging a lot of high megapixel RAW images, this difference could be worth staying with your Mac Pro, or choosing a higher end iMac Pro, like a 10-core model. 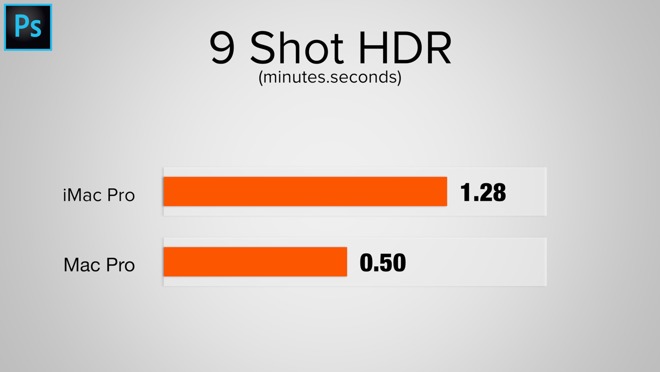 We also ran a series of less demanding filters and corrections and there was practically no real world difference.

When applying noise reduction to a 42-megapixel RAW file shot at 12,800 ISO, meaning it had a ton of noise, the iMac Pro came in almost 60% faster. 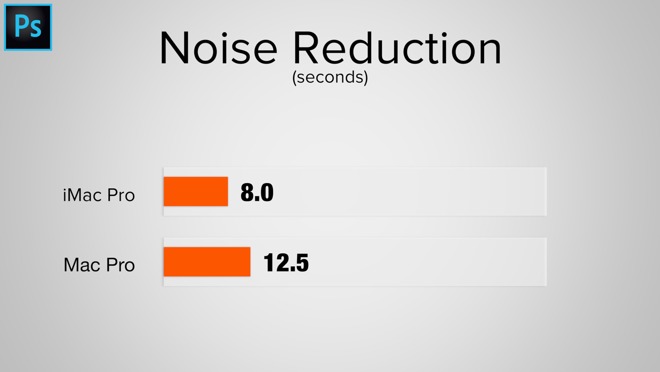 Now onto upgradability. The iMac Pro features a fully sealed design, meaning you can't access the memory slots or anything else. With that said, the only major component that isn't upgradable is the graphics card, which is mated to the motherboard.

On the other hand, the Mac Pro does have graphics cards that are socketed, so in theory they could have been upgradeable, but since Apple never released upgrade options, it's a moot point. 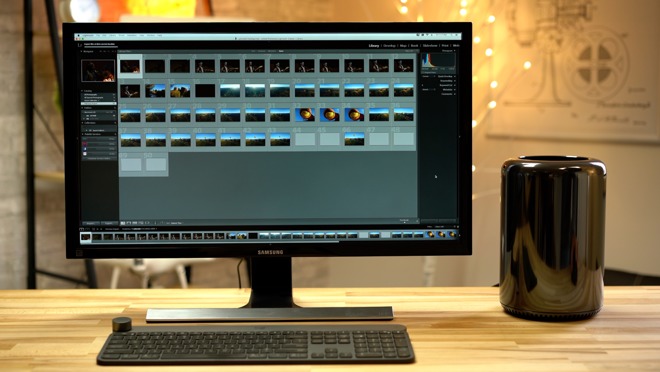 For other upgrades, the Mac Pro's metal casing comes off quite easily by first using the switch to unlock it and then simply lifting it off. This reveals the RAM slots and SSDs, which can easily be upgraded. The CPU is also socketed, but swapping it out requires a whole teardown of the machine, thus voiding the warranty.

The same is true for the iMac Pro -- users can upgrade the processor, RAM and SSDs, but you'll need to separate the glued display from the chassis. This will void your warranty if you do it yourself. You can also take the iMac Pro to an Apple Store or a certified service center to have it taken apart, but upgrades offered by Apple are limited to RAM only. 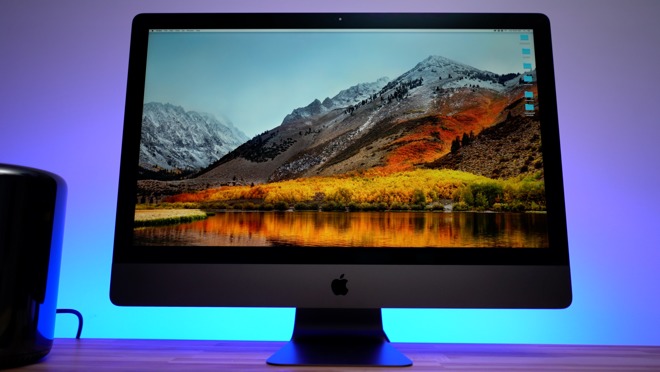 For more info on the iMac Pro, please see our comprehensive review. And be sure to subscribe to our YouTube channel for the third and fourth installments in this series.

If you're ready to pick up your own iMac Pro, Apple authorized resellers are knocking up to $250 off the desktops. Details can be found in our 27-inch iMac Pro Price Guide.
«12»