Better together: Why Apple Watch owners should buy AirPods

AppleInsider
Posted: December 31, 2018 8:04PM
in Apple Watch edited December 2018
With the holiday season now over, many of us are walking away with a new Apple device, be it a new Apple Watch or a shiny set of AirPods. While the pair are undoubtedly some of Apple's best products ever, they still have their own unique shortcomings that the other item can cover. Here's why AirPods are the perfect match for the Apple Watch. 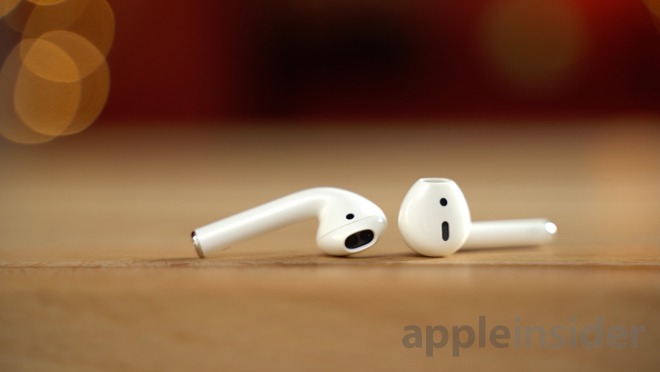 AirPods on a table

What really makes the Apple Watch great is that you have complete control over your music or phone calls right on your wrist. But since the Apple Watch can't play music through its own speakers, you're going to need a pair of wireless earphones. If this is a problem, look no further than Apple's own AirPods for a solution. 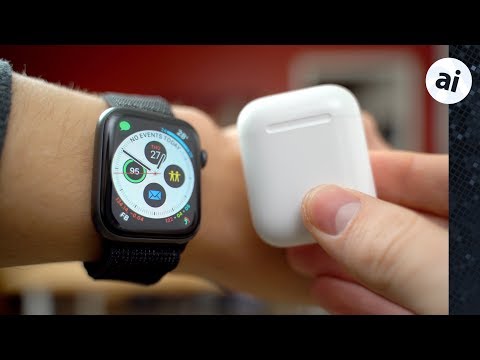 They have class-leading battery life and fit into Apple's ecosystem like a glove by automatically pairing to every Apple device that's tied to your iCloud account -- features you just can't get with any other earphones. 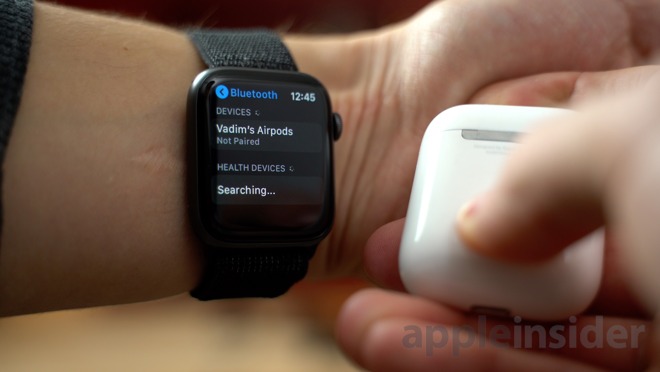 You can pair AirPods with an Apple Watch over Bluetooth

They're incredibly comfortable and stay snug in most ears. Our favorite feature is that you can listen to one AirPod solo while the other charges in the charging case, giving days of non-stop battery life and a free ear, in case you need to pay attention to your surroundings.

Customers love them and they're rated incredibly well -- achieving a 98-percent satisfaction rate amongst buyers. However, there are a couple of things missing on the AirPods, things that the Apple Watch complements. 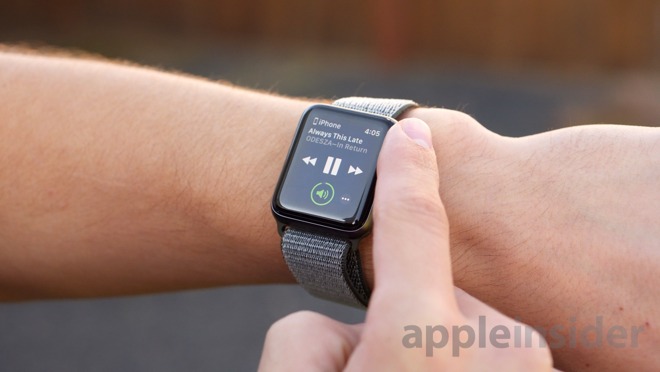 Media controls on an Apple Watch

If you need to check the battery life of your AirPods, you can do so on your watch by swiping up on the home screen to bring up the control center and tapping on the battery icon.

In the rare occurrence you're having connection issues using AirPlay on the Apple Watch, you can simply connect the AirPods using Bluetooth by going into Bluetooth settings on the Watch and holding the pairing button on the back of the AirPods. 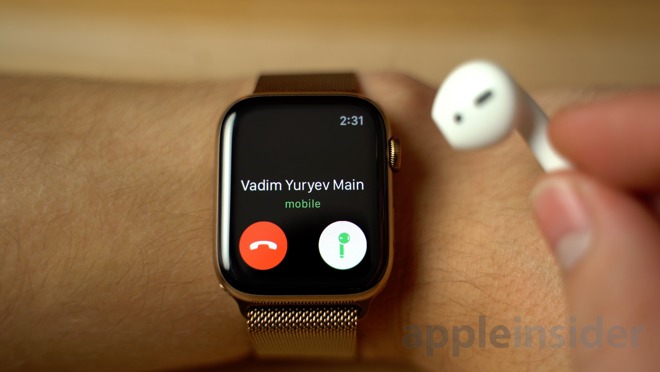 Answering a call on an Apple Watch

Apple Watch is great for anyone who constantly misses notifications or phone calls while working, and if you keep your AirPods in your ears, you can instantly answer and take calls right on the Apple Watch.

When the call is over, tap the watch to end the call and go right back to your music listening. You can even answer and hang up calls using just the AirPods with the double-tap feature.

To know who's calling, you can use the iOS feature called announce calls which will make Siri announce who is calling you, straight into your AirPods or other bluetooth devices. To enable the announce calls feature, head to Settings, Phone, announce calls, and switch it to either Headphones only or headphones and car. 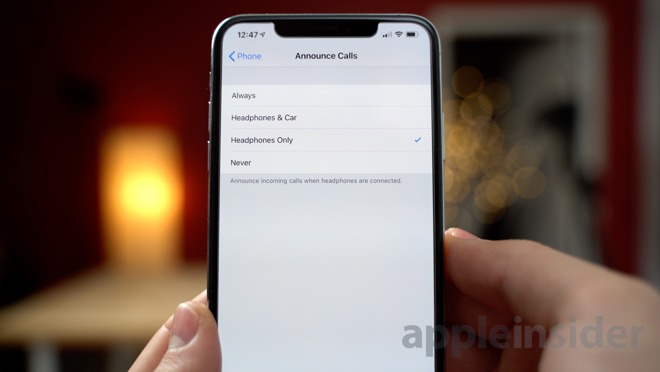 For those into running, the Apple Watch Series 3 or 4 are perfect since you can get one with LTE, allowing you to completely leave your iPhone behind and go on a run. While on the run, you'll be getting all of your notifications, phone calls and you can listen to music.

One downside for the AirPods is that they aren't water resistant like every Apple Watch since Series 2 is. So while you can take your watch on a swim, you're gonna have to leave your AirPods behind. 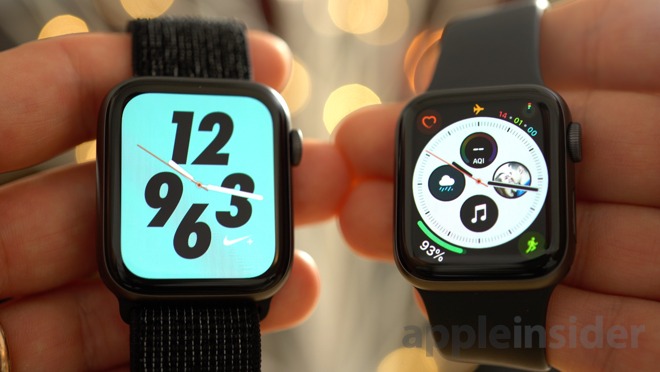 The Nike and Standard versions of the Apple Watch

During Apple's 2018 September Event, Apple seemingly hinted at the possibility of water-resistant AirPods coming in the future. We're not sure exactly how water-resistant they will be and if you'll actually be able to swim with them, but it's an exciting update nonetheless.

Along with that, they're also expected to get the "Hey Siri" feature instead of having to double-tap on an AirPod or raise to speak on the Apple Watch with watchOS 5.

Overall, AirPods are the perfect companion for the Apple Watch. They give you much more control than you would have had if you had only one of the devices, and that's why we recommend the combo to everyone who already has either device.

Amazon currently has AirPods in stock for $159. Demand has been high for the wireless earphones and this inventory batch is likely to sell out.

Apple Watch Series 3 and Series 4 devices are also available, but with discounts of up to $350 off, at Apple authorized resellers. For the latest deals, be sure to check out our Apple Watch Price Guide, available 24/7.
«12»