AppleInsider
Posted: March 13, 2019 12:34PM
in General Discussion
Judge Lucy Koh has dismissed a lawsuit against Apple over allegations it abused the visa system to save money, by reportedly bringing Indian contractors to the United States under the wrong visa program. 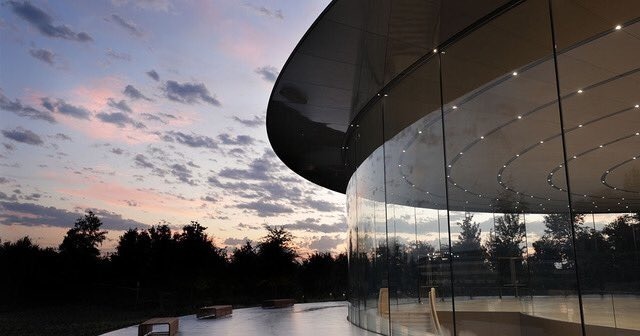 A Tuesday filing at the US District Court for the Northern District of California San Jose Division discloses that Apple and Infosys had both asked the court to dismiss the lawsuit brought by contractor Carl Krawitt for the US government, under the False Claims Act. Apple's motion to dismiss was granted with prejudice, while Infosys' motion was denied as moot.

Dating back to 2016, the suit claims Apple and Infosys, an Indian corporation that provides consulting and training services, "conspired to have two Indian nationals enter the United States on a business B-1 visa to provide training at Apple in violation of immigration laws." Krawitt believed the two trainers were brought in under the wrong visa, and that Apple should have acquired the more expensive and numerically-capped H1-B visas for the pair.

A B-1 visa is used to allow non-immigrants the ability to enter the United States for business purposes, but on a temporary basis and with limitations. The H1-B enables employment within the United States for a set duration, with more freedom for employers than the B-1 visa. The government limits the number of H1-B visas issued per year, with it also being relatively expensive to acquire.

The H1-B visas also requires the payment of other fees, including contributions to Social Security, Medicare, and other taxes to the government.

It is claimed Infosys executives knew the company "lacked sufficient foreign nationals on H1-B visas to legally perform the classroom training sessions at Apple" that the company was contracted to provide, and that "only Indian foreign national workers on B-1 visas were available to perform services" for Apple at the time.

Apple is also said to have drafted invitation letters for the US government for the B-1 visas without advising of the training sessions or that there would be "substantive work" involved, but that the trainers would take part in "education meetings." It is claimed the same letters stated the trainers would not be paid, but they would in fact receive trickle down compensation" from Infosys out of the firm's fee to Apple.

In its motion to dismiss the case, Apple argued its trainer's activities were permissible under the B-1 visas, that Krawitt could not establish if it was done knowingly, and that facts establishing the materiality of the invitation letters to the suit was questionable.

The court determined that the trainers' work under the B-1 visa was acceptable, and that neither Apple nor Infosys were attempting to commit fraud. Judge Koh dismissed Krawitt's claim and denied Infosys' motion to dismiss as redundant.

As the suit consisted of an amended complaint from an earlier lawsuit, Krawitt was warned by the court a "failure to cure the deficiencies" in his accusation would result in dismissal with prejudice. As Krawitt was deemed to have failed, with further amendment "futile" to perform and potentially "unduly prejudicial to Apple and Infosys," the court has denied Krawitt's leave to amend.