AppleInsider
Posted: March 15, 2019 10:42PM
in Future Apple Hardware edited June 2020
An unsubstantiated, and highly suspect, "leak" on Friday claims to reveal benchmarks from a pair of desktop-class ARM processors supposedly designed by Apple, offering what could be the first look at A-series silicon destined for Mac. 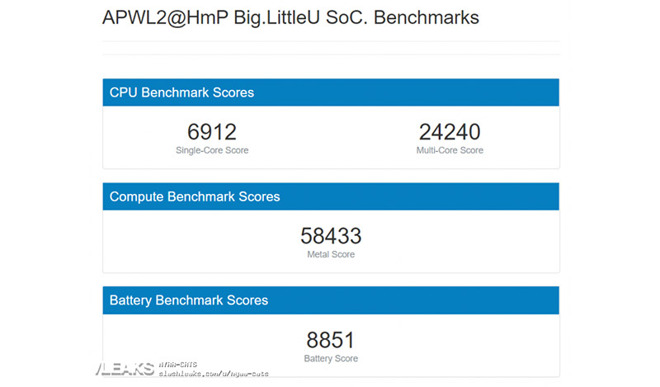 Outlined in a post to Slashleaks on Friday are supposed Geekbench benchmarks for ARM big.LITTLE chips with 10- and 12-core architectures.

Information provided by an anonymous uploader claims the 10-core version is clocked at 3.4GHz, while supposed Geekbench screenshots show the 12-core chip, referenced as "[email protected]," running at 3.19GHz. The two application processors achieved respective single-core scores of 7335 and 6912, and multi-core scores of 20580 and 24240.

It is unclear if the benchmarks shared today are legitimate, but it should be noted that the uploader joined SlashleaksAppleInsider was unable to verify the leak and does not vouch for its veracity.

Apple has long been rumored to transition Mac away from Intel to a bespoke ARM architecture, but hard evidence of the development process has been elusive.

Last October, analyst Ming-Chi Kuo in a note to investors predicted an ARM-based mac to arrive in 2020 or 2021. More recently, Intel officials in February told Axios they expect the tech giant to make the switch "as soon as next year."
«1234»