AppleInsider
Posted: February 27, 2020 7:39PM
in General Discussion edited January 2021
The Anker Nebula Mars II speaker is a compact portable project that allows you to turn any wall into the big screen. Watch movies, play games, catch up on sports, and binge peak TV anywhere you have an open space, either wired or wire-free. 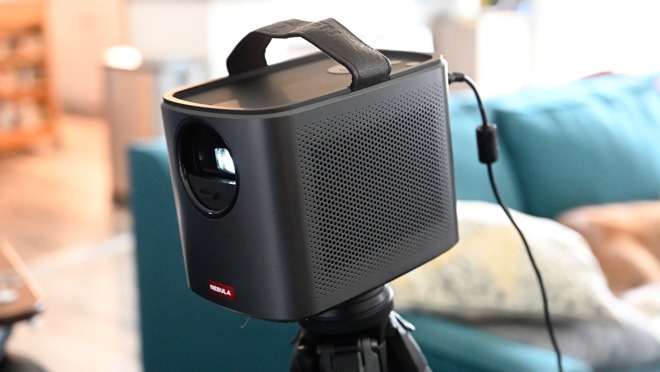 In the box you have the projector, a remote outfitted with a set of requisite batteries, and the two-part power cable needed to run the device. The remote conrtols the projector via an IR receiver on the back of the projector, so you need to be behind it to use or use the app. 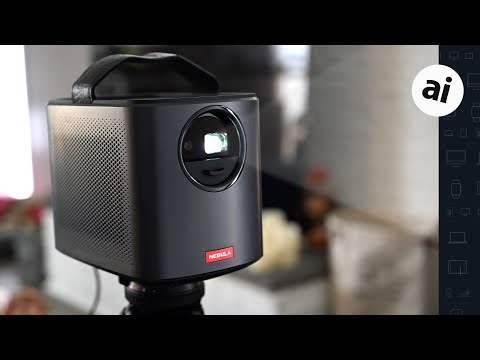 Mars II has an internal battery, one that is capable of running the projector for up to four hours which will just get you through The Irishman before it dies. Ours showed up with no battery life remaining so we plugged it in to get going. Once it had power we just slid down the lens cover and we were off.

After booting up, this Android-powered device guides you through connecting to Wi-Fi, downloading the Nebular app, and drops you right into the main menu. The projector does its best to automatically adjust the keystone to be correct as well as the focus, so under normal conditions, those will be non-issues. 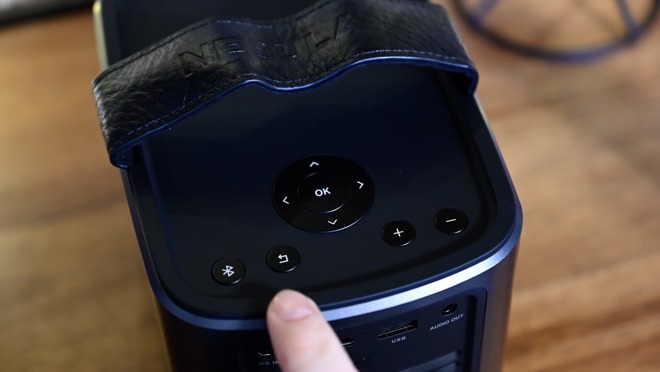 Anker says the Mars II is capable of projecting a display 30 inches to 150 inches in size and a simple tripod thread on the underside makes this easy to align. We connected it atop our lightweight Peak Design Travel Tripod which was perfect for setting it up in our home as well as out in the yard. A small tabletop tripod also works well. There isn't much in the adjustment of the tripod vertically so a tripod helps this a great deal. 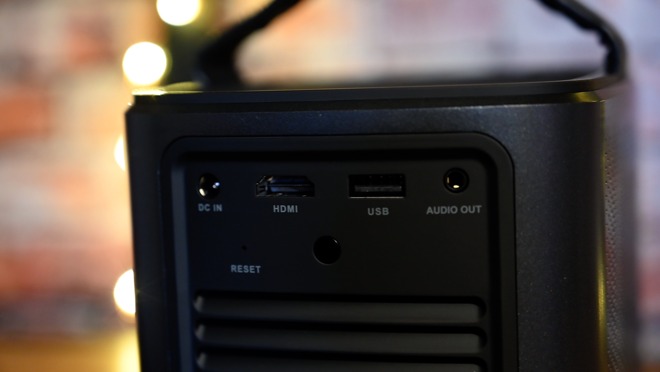 Quickly touching on I/O, the back of the projector has an HDMI input for any video source as well a USB-A port for loading additional content which is accessible via the file manager. Audio can be output to a larger set of speakers via a 3.5mm audio jack.

Catching up on peak TV 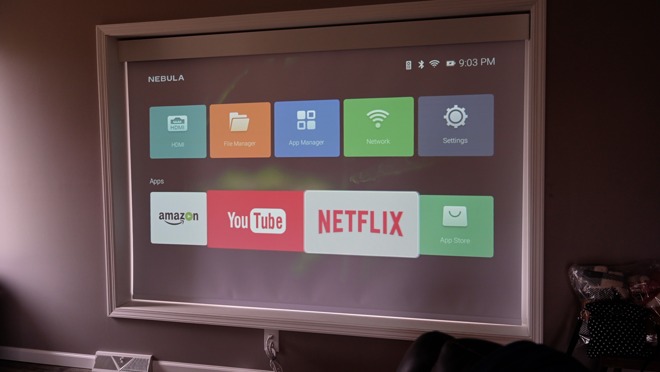 The main menu of the Mars II

A portable projector is a great accessory to have around. You can relax in bed projecting a movie on the ceiling. Have a sleepover with a Disney movie projected on an open wall. Or take to the yard with a screen (or stretched sheet) for a gathering to watch the latest playoff game. With the internal battery, it doesn't have to stay tethered to a power cord either.

That said, Mars II could benefit by adopting USB-C rather than a traditional power cable. This would make it even easier to charge the device on the go with a USB-C battery pack, making it more ideal for weekend trips or camping excursions. 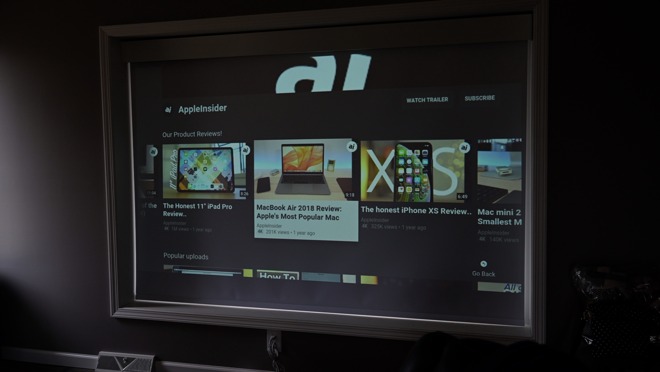 When running, it is simple to jump into Netflix, Youtube, or Amazon Prime Video and catch up on many popular shows. For any streaming service that isn't supported, there is the HDMI port on the back to connect anything from an iPhone to an Apple TV.

There is AirPlay support -- just original AirPlay, not AirPlay 2 -- which appears to your devices similar to an Apple TV. That means video content can be shared as well as just audio. You could stream your favorite music or you can send your home movies and pictures. A big limitation here is the inability to stream copyright-protected content. This includes content from streaming services such as Apple TV+.

If you do try to stream a piece of protected content, it just falls back to the home screen while your phone or iPad continues to believe it is playing. This really hampers one's ability to free play wire-free, but fortunately, the HDMI port is a fallback.

Not only did we use the projector to watch many movies and TV shows, we also tried it out with our PS4. Turns out, it is a great solution for playing local co-op games with an image far larger than our TV. 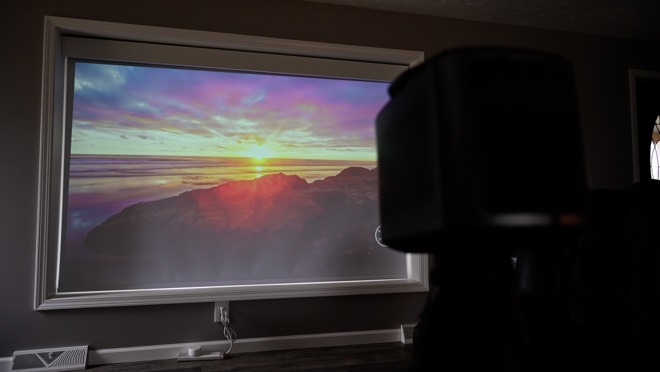 Watching a nature documentary on the Mars II

The image projected by the Mars II was quite sharp and always in focus. Resolution is limited to 720P though you have to jump up quite a bit in price to go beyond that. The display size was more than enough too for a massive image.

In our tested, we found that the display was a little dim during the day where our windows open but in a bedroom, at night while camping, or just in darker rooms we had no issues. Mars II maxes out at 300 ANSI lumens -- 1500 lumens -- which should be fine for most people, but if you want it to go a bit brighter, there is the Mars II Pro which goes up to 500 ANSI lumens. The tradeoff is the battery life is a bit shorter though because of the higher output.

Should you buy the Mars II? 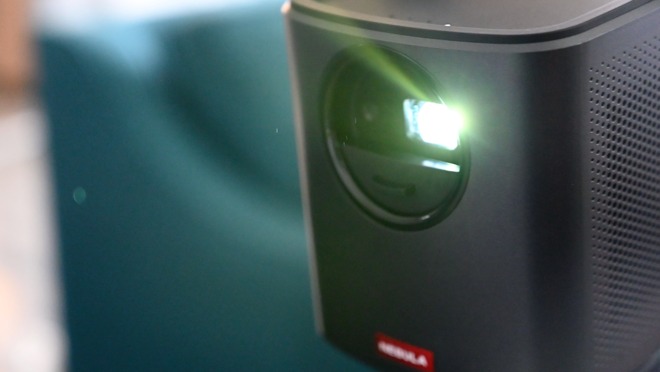 Projecting a movie on the Nebular Mars II by Anker

Having a projector is fun. It doesn't tether you to the TV and lets you get outside of your house to enjoy the content you love.

The Mars II is well built, has a compact design that will still fit in a backpack, has HDMI input for any device as well as streaming options for the most popular services. AirPlay is a plus for Apple users -- even if it doesn't support AirPlay 2 or protected content.

Even just the ability to use the internal 10W speakers as a Bluetooth speaker is a nice-to-have. 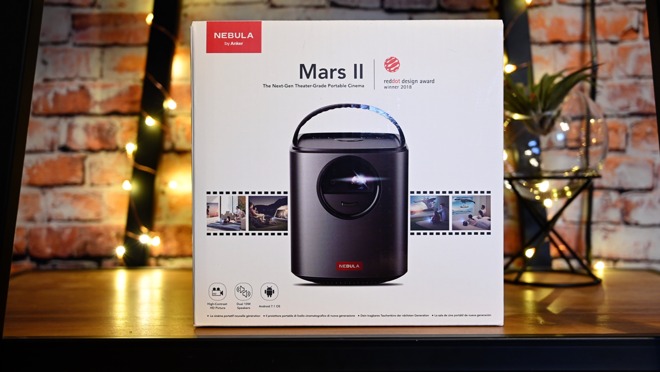 Anker balances the cost to function ratio with the slightly lower output by also offering a slightly more costly pro model as well which should give users solid choices to choose from. For a more compact device, albeit with lower battery life and dimmer output, there is the Capsule speaker, followed by the Mars II we see here, then the Mars II Pro.