AppleInsider
Posted: June 22, 2020 11:45PM
in General Discussion edited June 2020
Apple Maps users will soon be able to avoid speed and traffic cameras by using a built in feature set for debut with iOS 14. 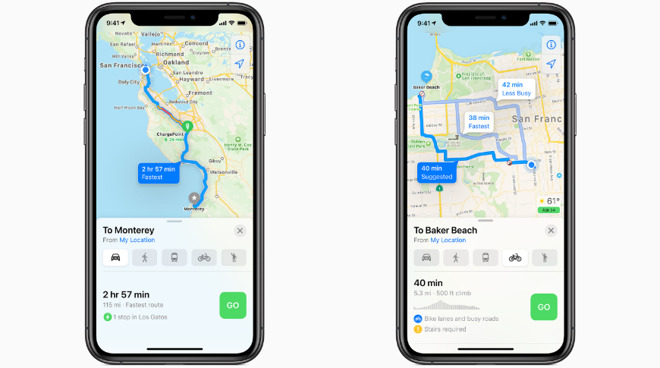 Apple announced many new improvements for privacy and security across its platforms during the WWDC keynote presentation on Monday, but one potentially controversial feature was left unmentioned. When iOS 14 launches this fall, Apple Maps will inform users of upcoming speed and traffic cameras when navigating through their town.

Traffic cams can be a nuisance for drivers as people try to beat the light or slam on their brakes to avoid a ticket. Avoiding those intersections when possible can likely make things a bit easier for drivers.

Details are scarce, but the addition appears to integrate on-map markers for speed cameras and red-light cameras along a given route. Users are made aware of said cameras as they approach one and can view individual cameras while browsing a map. Whether users can create custom routes to avoid traffic cameras is unclear.

The new setting is not present in the current developer beta of iOS 14, but should be enabled later. It is likely that Apple will need specific mapping data for these intersections, suggesting the feature will be released in phases.