How to get the most out of your Apple Music subscription

AppleInsider
Posted: August 21, 2020 12:59PM
in General Discussion edited May 2021
Even before Apple's Lossless Audio comes to Apple Music, there is so much more to the service than many realise. Here are the hidden, the downright obscure, and the best features of the service. 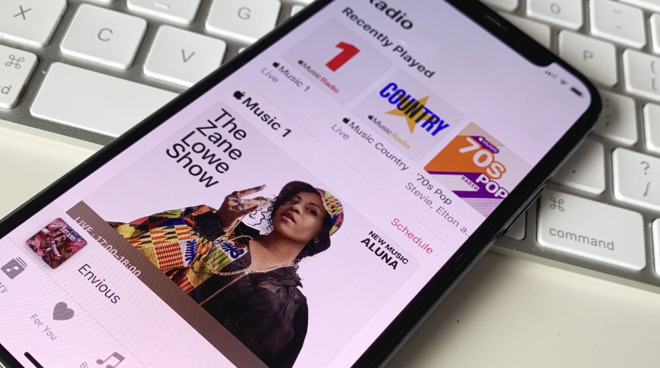 While you're trying out the new Apple Music radio stations, see how very much else there is to enjoy

From June 2021, Apple Music gains much higher quality audio than it ever has before. No question, that's a signature feature -- assuming you have the equipment to appreciate the difference -- and it will always be the music that attracts people to Apple Music.

Yet since its 2015 launch, Apple Music has become so normal, so part of what we are used to that we forget we ever bought tracks from iTunes.

Though speaking of which, Apple Music has somewhat taken over iTunes's title as the most counter-intuitive Apple app. It's much easier to just call out "Hey, Siri, play something I'll like," or stick to the Favorites Mix, and skip looking around the service.

Once you know what else is available to you, however, you're going to feel even better about how much money you've spent on it over the years.

This one didn't work out so well.

Beats 1 played music continuously for 45,000 hours before it was replaced by Apple Music 1 back in August 2020. That 24-hour music channel didn't change its eclectic collection of tracks, but Apple added two more entire stations.

Apple Music Hits is the more curious one of the two, in that it's neither quite as broad as Beats 1 was, nor as focused as Apple Music Country. Instead, it defines itself as playing the best music of the 1970s and up to 2010 or so.

Yet it's not just the Billboard 100 for those years, either. However the station is interpreting the idea of best, it means this could be the kind of station that expands what you listen to.

Whereas Apple Music Country is at least officially trying to be a Nashville-heavy station, albeit leaning more toward newer country tracks. In practice, it mixed in pop and rock from the start, but it's from day one it also sounded like an established station, like an old favorite.

Yet these three are far from the only ones available to you. On your Mac, iPhone or iPad, open Music and tap the Radio tab at the bottom. Alongside heavy promotion for the new stations, you'll see artists' stations and local or national radio broadcasters from your region.

In truth, this is a hodgepodge collection. Even if you're in the UK, for instance, the national radio stations don't include any BBC ones. And the local stations are a smattering of whichever firms have signed up to join Apple. You can get more local stations through alternative services, though.

However, the advantage of a hodgepodge is that it is as likely to contain gems you'd otherwise never hear. And thrown in at the end of this radio section are individual shows, typically from the main Apple Music stations, which means you can sample the best of them on demand.

And while it doesn't get a proper slot in the radio section, if you swipe across the Recently Played list at the top of the app, you'll find your own personal station.

As Apple Music learns what you like, it generates a profile of music to play within this personal station. This is what Siri turns to when you call out "Play something I'll like."

The trouble with a station that remembers what you like is that sometimes it feels like it won't play you anything else. Apple Music's algorithms are very good at introducing you to a new artist, but sometimes you just want to explore for yourself.

Rather than searching for an artist and then discovering Apple Music has two dozen of their albums, plus greatest hits collections and at least two live sets, use Essentials. Apple Music has compiled an Essentials list for a remarkable list of artists.

So many that it's worth just randomly saying, "Hey, Siri, play Francisca Valenzuela Essentials," because anything you want probably exists. When there is an Essentials collection, too, it's not just a greatest hits. 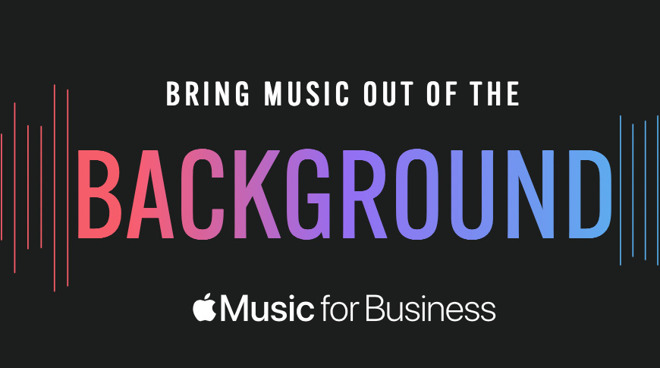 This is one feature you're not even meant to find. It's purely for firms to play in their stores

Rather, it's the kind of playlist that you'd get from a friend who loves that artist's music. There will be the hits, there will be the fan favorites, and it will be a fantastic introduction to the artist.

Essentials are so good that you're likely to have seen at least some of them suggested on the For You page. Alongside the weekly Favorites, New Music, Chill and Get Up Mixes, there are always a few Essentials page.

Whereas there are some other curated and constantly updated playlists that are not listed there. Or anywhere that you will ever stumble across by chance.

When Apple first launched Apple Music in 2015, it was with human curation at the forefront. Then from around 2019, Apple Music for Business began curating music playlists to be played in stores.

Somewhere between these two extremes lies the single most obscure feature in all of Apple Music. Your subscription includes constantly-updated, never-ending playlists that are curated by third-party companies instead of Apple.

Surfacing them can be tricky, however, as you'll need to search for the curator directly. Try a brand or influencer name you're familiar with to see if a "curator" option appears.

These are some of the curator pages still live on Apple Music:

Now also requiring some digging is what's been called The A List. These are, yet again, curated playlists, but in this case they are devoted to specific genres.

As well as having to find them, though also have to catch them while you can. Right now if you search for "A List", you'll get ones such as Pop, Classical, Mandopop, and Cantautori Italiani.

There used to be reams of these things, devoted to genres such as singer/songwriters, or even original soundtrack albums. Finding them is sufficiently hard, though, that we can't tell whether they've actually vanished or we've just not hit quite the right search terms.

Consequently, do dig around and see what you turn up. And when you find something good, keep a note of where it is -- or share it with your friends.

Sharing music with your friends has always been a cultural phenomenon. Apple has tried twice and failed to generate a social network around sharing music, but its hands off attitude with Apple Music may be its best approach yet.

You can follow your friends' profiles on Apple Music, if you want to and they're up for it. There is no chatting option, no "wall" to post to, and no way to even know if another person has interacted with your page.

That sounds like an anti-social kind of social media, but following each other offers you both the chance to discover new music. For starters there's, naturally, a Friends Mix, which is updated weekly with the top music friends are listening to also.

Beyond that, though, you can also jump into your friends' profiles and look up their favorite albums or created playlists. If you add your friend's public playlist to your "followed" playlists, then whenever your friend updates that playlist, they see the changes synced. 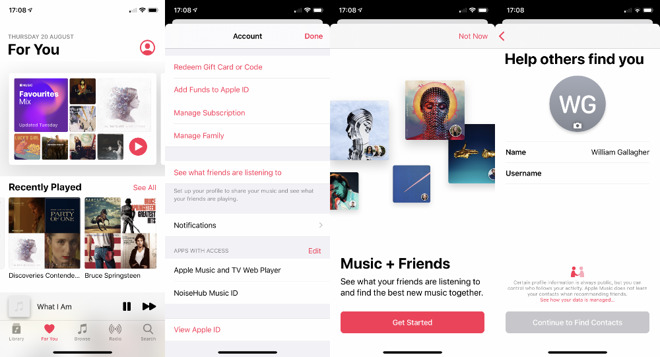 Tell us you could find this by chance. Tap on your Profile icon at top right of the Apple Music screen to start sharing music with friends.

Users can also listen to each other's personal radio stations. You can see that station listed in your recently played list, too, and that gives you the option to share it all with friends.

You're not sending them a simple playlist, either. Instead, your radio station is constantly updating and changing, and whenever your friends listen in, they get the current version.

Just as you can listen to Apple's own radio stations without subscribing to Apple Music, so you can use what was the latest service before Lossless was announced. The quickest way to describe Apple Music TV is to say that it's what MTV used to be like.

There aren't any ads, but otherwise it's a constant, 24-hour, rolling sequence of music videos. Initially launched in the US in October 2020, it has subsequently come to the UK and Canada, too.

How to improve Apple Music with apps

So Apple Music has far, far more in it than even Apple talks about, it just varies from hard to near impossible to find. There's plenty Apple can do to improve Apple Music just by leveraging what it's already got.

But there are also missing features -- which third-party apps have worked to fill. There are iOS apps such as MusicHarbor which tracks your favourite artists.

MusicHarbor alerts you to new album releases, and also concerts. It's a source for news about your favorite artists too.

Stop us if you've heard that before. This sounds exactly like what Apple's failed Connect service was supposed to do.

Connect is gone, though, and there are features that it never attempted. Such as those you can get through apps like Miximum.

One of the greatest features of iTunes was how you could set it to play you, say, an hour's worth of music that you've rated four or five stars, bought in 2010, have played more than 100 times, but haven't played in six months.

That facility still exists in the Apple Music app on the Mac, but it doesn't work with Apple Music. Miximum does much of this and lets you create these smart playlists. 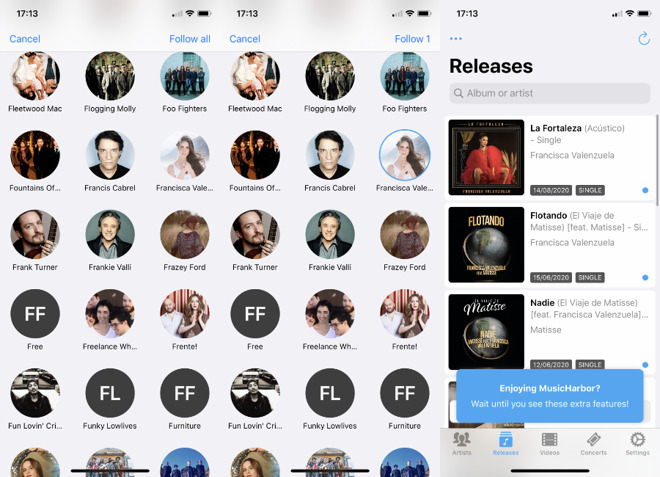 Those playlists have to remain in Miximum itself, though, they don't get reflected in your Apple Music app. So you have to remember to swap over to Miximum when you want to hear one -- or you abandon the Apple Music app for that.

Neither is ideal, and really none of this is. We sound like we're thoroughly annoyed with Apple Music, but if we were solely annoyed, we'd be on Spotify.

While it's frustrating that you have all of these options you only know about when someone tells you, the fact is that they are there. Add in the way it feels as if every song ever recorded is in that library, we're not annoyed. We just want to give up our work, shut out the family, skip all commitments of any kind, and listen to Apple Music.

If only Apple could inspire this attachment with Apple News+, Apple Arcade, and Apple TV+ too.