AppleInsider
Posted: October 16, 2020 12:49PM
in iPhone
The Apple Store originally listed any iPhone 12 model not made for Verizon or AT&T as $30 more expensive, but on pre-order day prices are the same across all models. 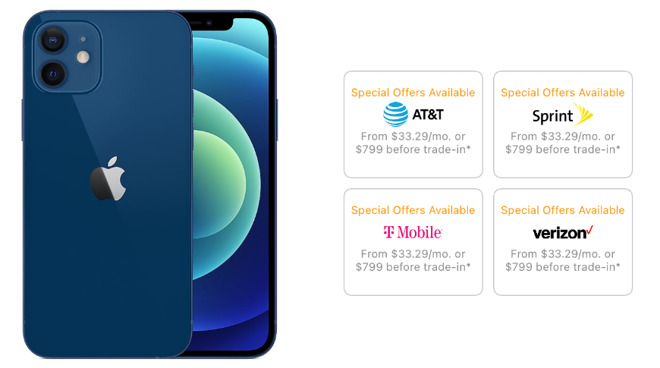 The iPhone 12 and iPhone 12 Pro are now available for pre-order, and they are priced the same regardless of character. Apple was thought to have made a special deal with Verizon and AT&T for the pricing to be subsidized, which caused a lot of backlash amongst fans.

Whatever the reasoning for the pricing and the change back to identical prices across the line, customers can now rest easy knowing they don't have to be on a specific carrier for special pricing.