Dual SIM iPhone 12 users may not get 5G speeds

AppleInsider
Posted: October 19, 2020 10:14AM
in General Discussion
A leaked Apple FAQ sent to carriers warns that -- at least for now -- if an iPhone 12 range owner is using a dual SIM, both lines will drop back to 4G and not support 5G. 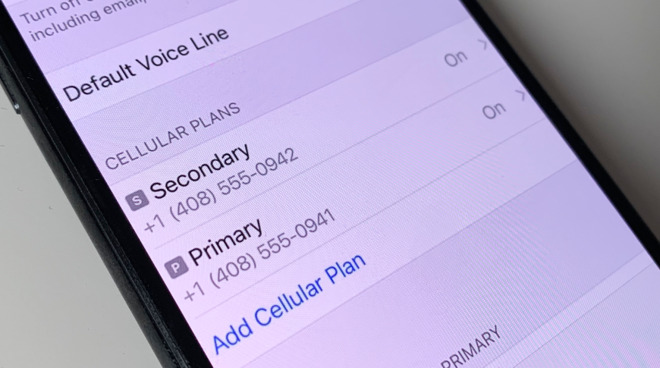 Using Dual SIMs in an iPhone

All four iPhone 12 models support 5G, and all four come with the ability to use the Dual SIM feature to give you two phone lines on the same device. However, a new leak claims that Apple has warned carriers that it won't be possible for anyone using this to get 5G speeds on either of their two lines.

"When using two lines in Dual SIM mode, 5G data isn't supported on either line and will fall back to 4G LTE," says Apple in a carrier information document. "If customers are using eSIM only and are on a 5G-supported carrier and service plan, they'll have 5G access."

The leak comes from a user on Reddit who subsequently posted a screengrab of the document. He or she then also claimed that there is an "update coming later in 2020 [which] will enable 5G when using... Dual SIM mode."

Reportedly, that updated information came from "part of an internal training document" and the leaker does not have a copy. 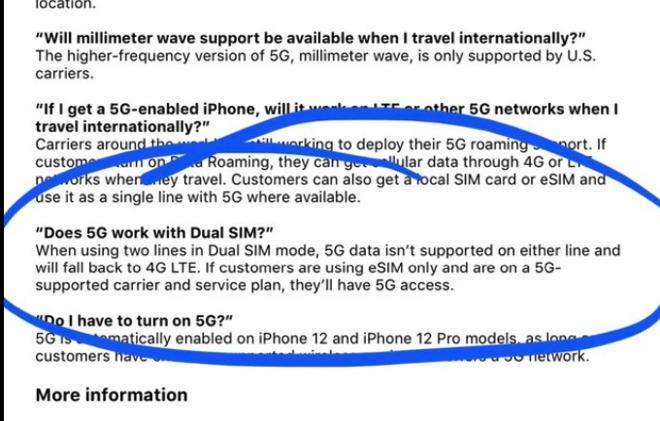 If this extra detail is correct, then until Apple releases an update, Dual SIM users of the iPhone 12 range will have to disable their SIM or eSIM to get 5G data.

Apple has not commented publicly, nor at time of writing updated any of its support documents to reflect this claim. The Reddit post and its followup was first spotted by MacRumors.

Separately, analysts outside the US have been concerned about Apple not supporting the full mmWave 5G in its iPhone 12 range.