Apple renews 'For all Mankind' for third season

AppleInsider
Posted: December 8, 2020 6:22PM
in General Discussion
Apple has ordered a third season of Apple TV+ alt-history space drama "For All Mankind" a few months ahead of the second season release. 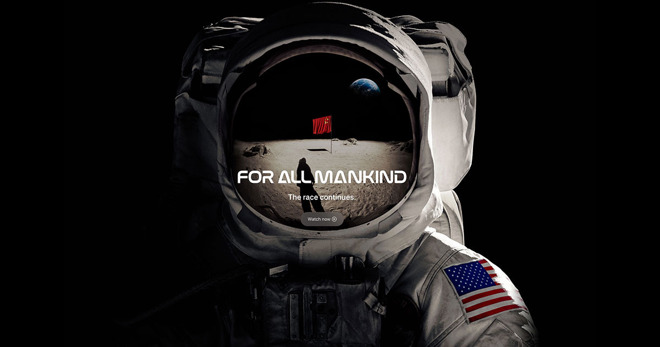 The Cupertino tech giant renewed the series for a second season before Apple TV+ debuted in November 2019. Although production was halted due to the coronavirus, it resumed in August, and season two is now set to debut in February 2021.

Production on the third season of the drama from Ronald D. Moore and Sony Pictures Television is set to kick off in the spring, Deadline reported.

"For All Mankind" imagines an alternate view of history in which the global space race never ended and the USSR beat the U.S. to the moon. It stars Joel Kinnaman, Michael Dorman, Sarah Jones, Shantel VanSanten, Wrenn Schmidt, Jodi Balfour, Krys Marshallm and Sonya Walger.

The series was created by Moor, Ben Nedivi, and Matt Wolpert. All three executive produce the series along with Golden Maril Davis of Tall Ship Productions. Sony Pictures Television also produces "For All Mankind."

With the renewal, "For All Mankind" joins "Dickinson" and "Ted Lasso" as the latest Apple TV+ series to receive an early green-light for a third season.