AppleInsider
Posted: March 20, 2021 2:02PM
in iPhone edited March 20
A woman was allegedly overcharged when she used Apple Pay to pay for shopping at a UK supermarket, with the store charging her account $2,221 over mis-priced bananas. 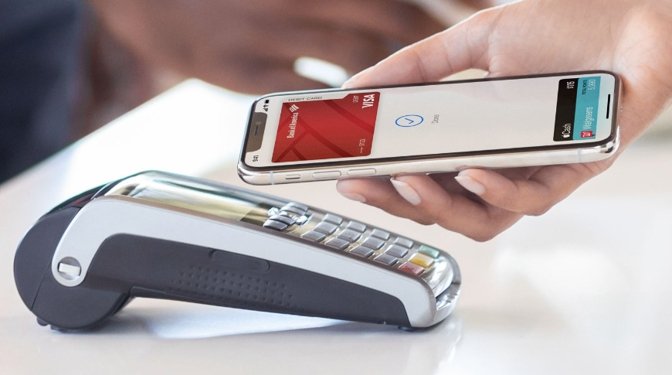 Cymbre Barnes of London used Apple Pay to pay for her shopping at a small Marks & Spencer branch. The value of the shopping was supposed to be 4 GBP, but an issue caused her to be charged a considerably higher amount.

The items being purchased included a bunch of bananas that were usually priced at 1 GBP ($1.39) but the point of sale terminal instead priced it at 1,599 GBP ($2,217). The discrepancy wasn't noticed until after the Apple Pay transaction took place, according to The Telegraph.

"I was in a rush before work so when I got to self-checkout I used contactless and it was instant," said Barnes. "I did a double-take when I saw the screen but by then my receipt was already being printed. It was too late."

At the time, store staff told the customer a refund wasn't possible as the only till in the store was broken. Barnes added she had to walk 45 minutes to another branch to get the refund.

"There has been huge innovation in contactless payment options, and we've had great feedback from customers," an M&S representative said. "This was an isolated payment error, for which we've apologized to the customer and offered compensation.

Unlike other card-based contactless payments, there is no limit to how much an Apple Pay transaction can be worth. If the transaction was conducted with a bank card, it would have failed to process.

The UK government has announced it will be raising the limit for card contactless payments from 45 GBP ($62) to 100 GBP ($139) later in 2021. However, critics have voiced concerns that the raised limit would make it easier for thieves to steal more from victims by using the more expensive contactless payments.