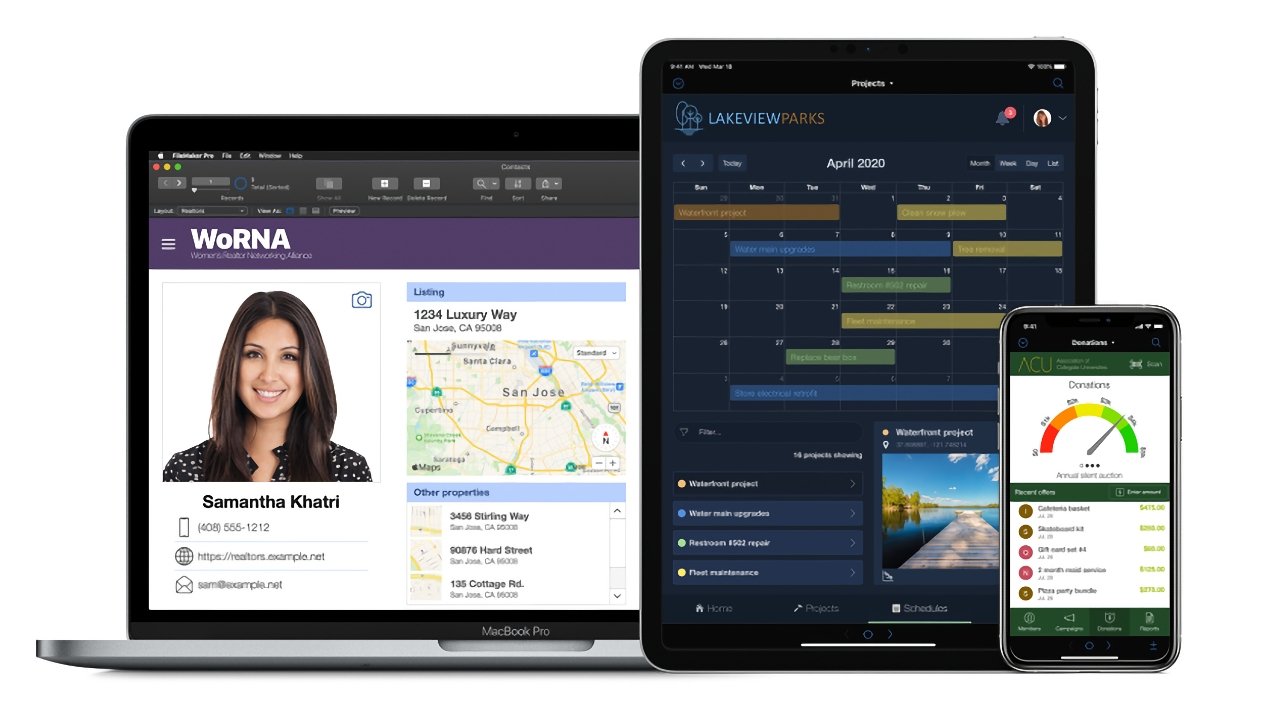 Claris moved from an annual to a rolling update schedule for FileMaker Pro in May 2020. Since then, the company says it has issued over 100 enhancements, but now it's unveiling a more major update.

FileMaker Pro for macOS and the FileMaker Cloud edition now also include what the company calls its "next generation no-code app builder," or "quick start experience."

"[It is] a new way to create FileMaker apps with a simple drag-and-drop interface in minutes," says Claris. "And when you're ready, a simple click lets you continue building your app with the full FileMaker Pro feature set. We believe this feature is a good way to introduce low-code development to your new team members and individuals seeking to move into a tech career."

"Plus, we have added features that help make smarter apps with artificial intelligence (AI), such as Core ML (machine learning), for things like image classification and sentiment recognition, Siri Shortcuts for voice-enabled interactions, and NFC reading -- all on mobile," continues the company.

As well as the macOS, cloud, and iOS updates, the latest release of FileMaker Pro also provides security and performance updates specifically for Windows and Linux.

Claris FileMaker is available directly from the developer. Costs start at $19 per user, per month.