AppleInsider
Posted: July 14, 2021 3:22PM
in General Discussion
The majority of iPhone users are asking companies not to track them when faced with an App Tracking Transparency privacy prompt, according to new data. 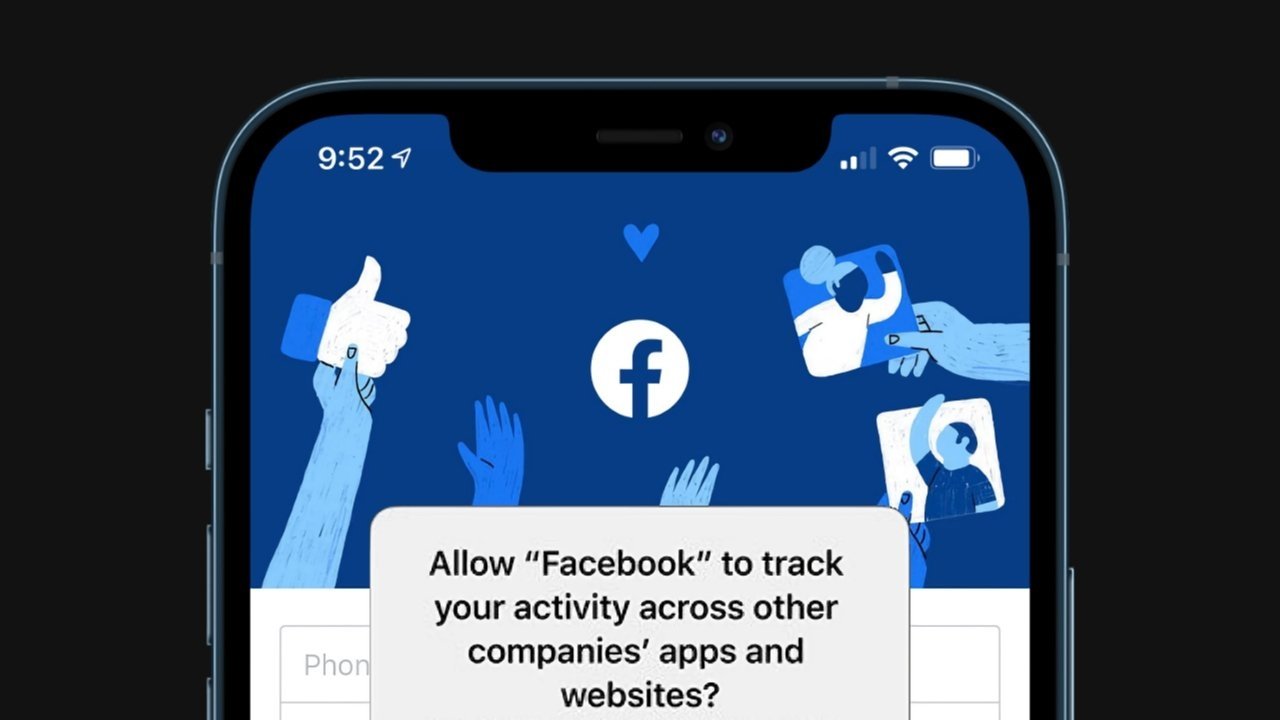 According to mobile app analysis firm Branch, iPhone users are opting in to tracking just 25% of the time. That low number is causing advertisers to panic, Bloomberg reported Wednesday.

"It's been pretty devastating for I would say the majority of advertisers," mobile analyst Eric Seufert told the publication. "The big question is: Are we seeing just short-term volatility where we can expect a move back to the mean, or is this a new normal?"

Facebook advertisers, in particular, are seeing a major impact from Apple's App Tracking Transparency (ATT) feature, which requires app and companies to obtain consent from users before tracking them across the web.

Media buyers who run Facebook ad campaigns say that the social media giant is no longer able to see how many sales clients are making. Because of that, it's more difficult to ascertain which ad campaigns are working.

Additionally, Facebook is less reliably able to provide detailed data on customer data. That includes purchase history, which Facebook uses to better understand a client's target market and provide data on "lookalike" audiences. Advertisers say that Facebook has stopped sharing detailed sales information for specific demographics, such as "women in Texas" or "men between 18 and 25 years of age."

The privacy feature also impacts what's known as "re-targeting," which is a term for advertisers showing ads to customers who had previously considered purchasing an item.

Branch estimates that roughly 75% of people have downloaded iOS 14.6, which was released in May and contains the ATT feature.

Facebook believes that ad performance will see fluctuations with the iOS privacy feature in the short-term, but the company doesn't seem to expect a noticeable long-term impact. It also said that it's working on new advertising tactics that require less data to measure ad campaign success.

"Apple's policy is hurting the ability of businesses to use their advertising budgets efficiently and effectively, and the limitations being created are driven by Apple's restrictions for their own benefit," said the Facebook spokesperson. "We believe that personalized ads and user privacy can coexist."

The Branch data comes just a day after a Consumer Acquisition executive revealed that certain advertisers are seeing a 30% to 40% drop in revenue.