AppleInsider
Posted: August 2, 2021 5:15PM
in General Discussion
Google has teased its Pixel 6 and Pixel 6 Pro smartphones ahead of a launch later in 2021, smartphones using a new custom-designed Tensor chip. 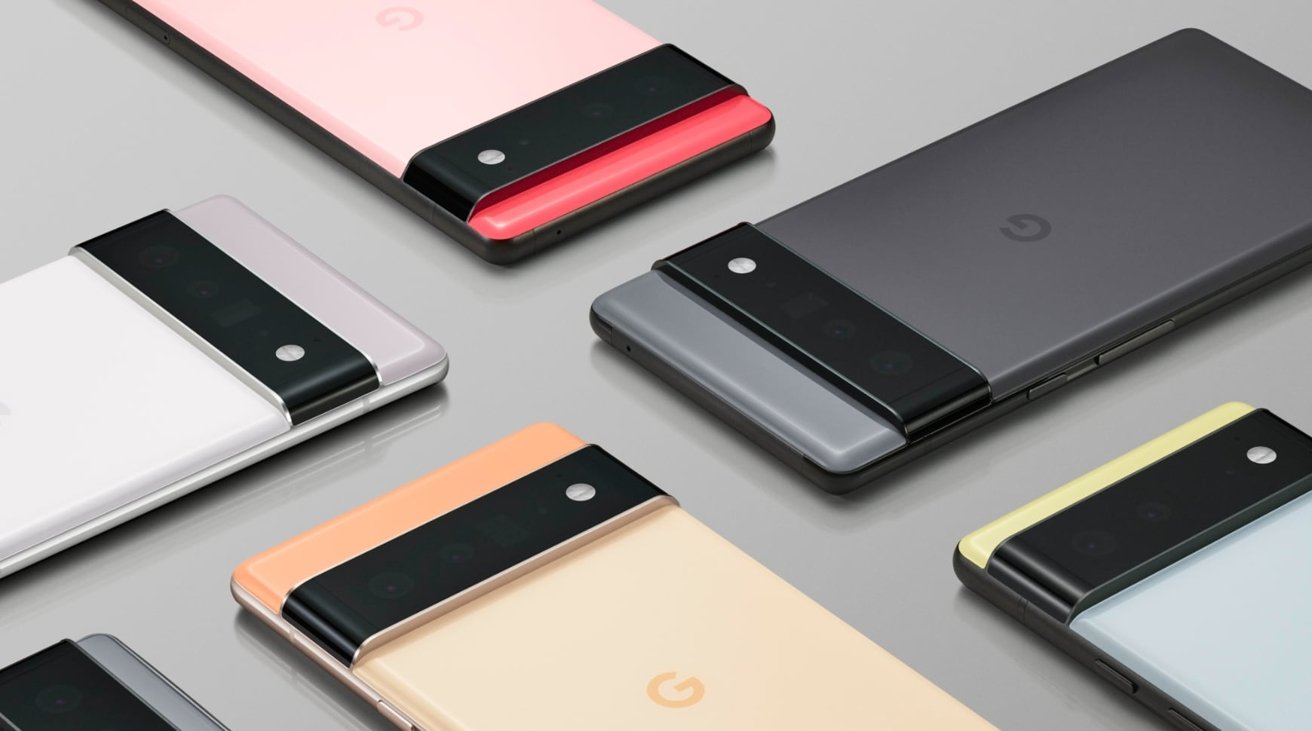 Posted to Twitter on Monday, the thread offered quite a few details about Google's upcoming smartphone launches, replacing the current-generation Pixel 5 series. Rather than a complete device breakdown, the posts focused on the imaging capabilities, as well as its processor.

For the Pixel 6 and Pixel 6 Pro, Google is opting for a "Camera Bar," a black bump that stretches across the width of the smartphones, with metal accents at the top and bottom. While the Pixel 6 will include two cameras, the Pixel 6 Pro will have three, adding a telephoto lens with a 4x optical zoom.

The releases will also be the first to use Google's first own-designed system-on-chip, the Tensor. Akin to Apple's use of the Neural Engine on the A-series chips in the iPhone, such as the A12, the Tensor will be able to process "Google's most powerful AI and ML models directly" onboard the device.

Google claims the chip will help enhance the image processing capabilities of the camera, as well as speech recognition and other features. For speech recognition, Google touts advances in voice commands, translation, captioning, and dictation.

Here's a sneak peek at the newest Google Phones powered by Google Tensor - the brand new chip designed by Google, custom-made for Pixel.

Both are coming later this year.

We'll tell you a little about them in this

Google also says the Pixel 6 is built "with the most layers of hardware security in any phone," clarifying it is "based on count of separate hardware security layers." The thread doesn't go into detail about what this entails.

The thread also promoted the Material You UI that Google introduced at Google I/O, which it plans to use on the smartphones.

As for when to expect the release, the search giant says the Pixel 6 and Pixel 6 Pro will arrive in the fall. This would put it directly against the "iPhone 13," which Apple is expected to introduce in its annual fall event.