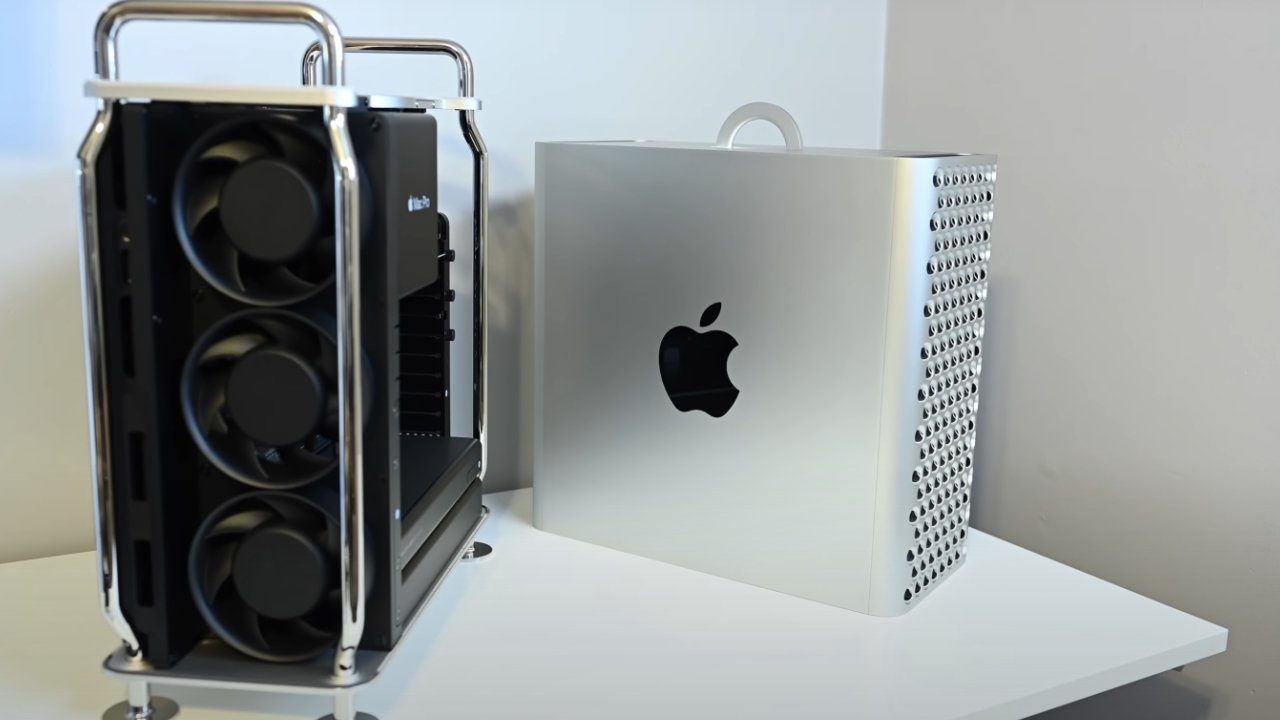 Recent macOS updates have added support for the latest Radeon Pro graphics card modules to the Mac Pro and eGPU installs on Intel Macs. Customers can add these graphics cards when configuring a new Mac Pro, and a few hours after debut, made them available for upgraders as well.

New PCI-E and MPX module graphics cards available for the Mac Pro at time of purchase.

The Mac Pro uses standard PCI-E connections, so customers are able to purchase graphics cards separately at a lower cost. Though, due to market conditions, customers may find it difficult to locate Radeon Pro GPUs at retailers at regular price. However, the street price for two 6900XT video cards is still notably less than Apple's MPX module with the pair of GPUs.

AMD broke down some of the advantages of the new Radeon Pro graphics cards, citing the 7nm manufacturing and RDNA 2 architecture.

The company boasts that the GDDR6 memory has a speed of up to 512GB/s for data-intensive professional apps. The Radeon Pro W6900X is capable of operating at 22 teraflops alone, and the Radeon Pro W6800X can achieve up to 30.2 teraflops when used in the duo configuration.

The update was first spotted by CNN Underscored editor Jake Krol. He notes that the new graphics cards will provide as much as 23% faster performance in DaVinci Resolve and 84% performance improvements in Octane X.