AppleInsider
Posted: August 23, 2021 3:42PM
in iOS
A video exploring the prospects of developing experiences for Roblox has highlighted the potential exploitation of young developers, with low developer shares of around 35% part of a wider problem content producers face on the platform. 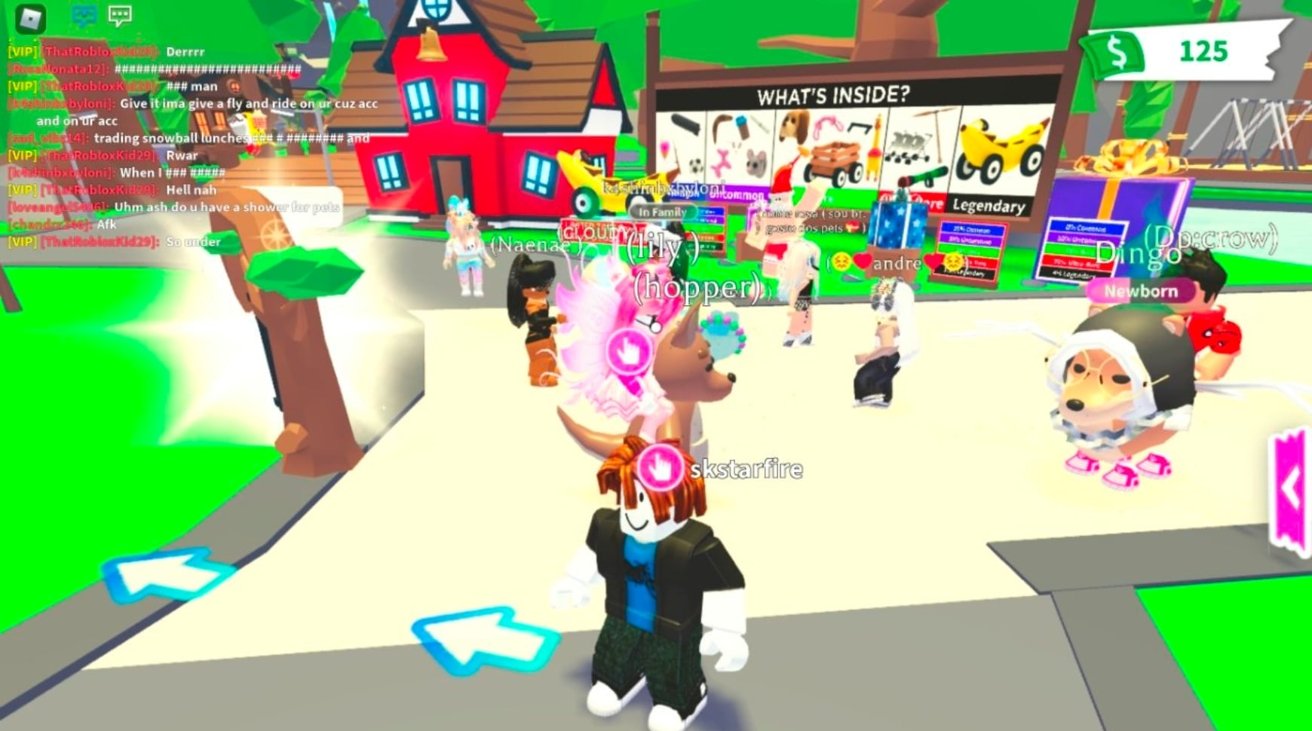 Roblox is a highly-popular game for younger players, one that offers ways for users to create their own experiences within the title for others to try out. While it is possible for some to develop a game within the game, an inspection of its operation proposes that those who do aren't treated in a fair manner.

The 22-minute investigation by People Make Games, published to YouTube on August 19, argues that young game developers are being exploited by an unfair system. While Roblox offers developers the potential to earn revenue, much like Apple does with the App Store, those participating have to deal with a tougher financial situation.

Part of the problem is how Roblox focuses the payouts based on Robux, an in-game currency. While typical avenues such as the App Store provide cash to developers, Roblox instead provides Robux.

This technique opens the opportunity for developers to immediately spend their earnings within Roblox itself. Video host Quintin Smith likens this to the company scrip employed by mining firms in the 19th century.

Aside from buying in-game items, the currency can also be used by a developer to advertise their creations to others, using an in-game advertising system, again operated by Roblox.

Smith also picks up on how little developers stand to earn from their productions within Roblox. The company provides the developer with a cut from sales in the region of 35% of the full Robux value.

By contrast, Apple takes its famous 30% fee. Game distribution platform Steam also takes 30% for sales on its platform, with Microsoft and Sony taking 30% for its Xbox and Playstation ecosystems, respectively. Epic and Microsoft take a 12% cut for Windows games.

According to Roblox's developer pages, it reasons that various fees are taken out of the cost of the Roblox, including a 24% cut for fees to app stores and payment processing, and then its own operating expenses which it breaks up into different segments.

One chart from June 2021 says Roblox took a 26% for itself, though oddly discounting the 9% it takes for "Platform Investment" and 14% for "Platform Hosting & Support," which would usually be incorporated as part of Roblox's income. When included, these bring the cut to Roblox up to 49%. 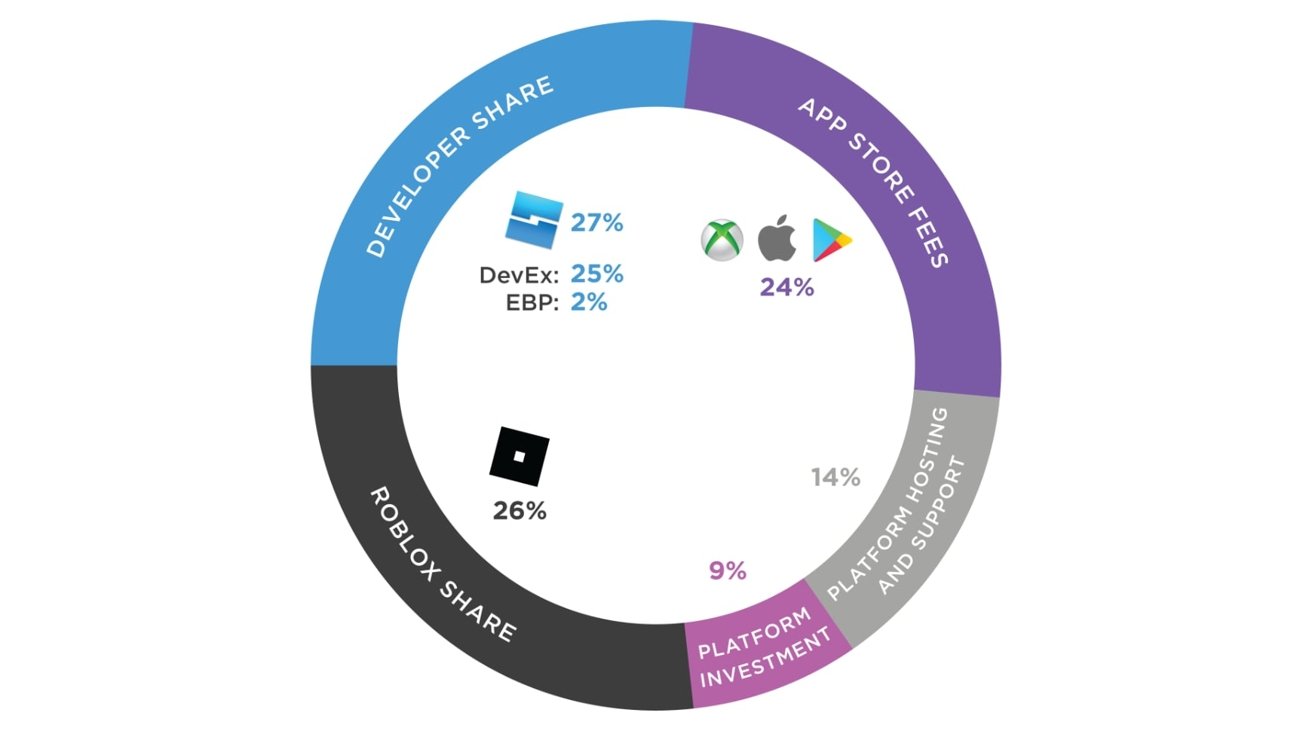 A graph by Roblox justifying why developers get a small cut of Robux transactions.

In effect, developers can expect to receive around a quarter of the value of a Robux transaction.

Roblox does give developers the opportunity to cash out their Robux, but only if they can manage to accumulate at least 100,000 Robux. As covered by AppleInsider in March, they also have to be a member of Roblox Premium and be aged 13 or over to apply for the Developer Exchange Program.

At that point, they can apply only once a month to cash out Roblox, at the current rate of exchange. In effect, a developer will have to have generated the equivalent of $1,000 in in-game currency transactions to earn a cash-out of a value around $350.

By contrast, Apple requires at least $150 to be accrued in revenue, after its cut, before cashing out to developers.

The difficulty in earning enough for a payout, as well as the "company store" nature of the Roblox economy, makes it hard for aspiring young game developers to receive proceeds from the game.

For smaller creators, against larger outfits including major companies producing content and backing it up with high-cost marketing efforts in and out of the game, it seems implausible that many will be able to financially benefit from the system at all.

In response, a Roblox statement provided to Gamasutra touts how developers earned $129.7 million in the second quarter of 2021, and that it is on target to provide $500 million to developers by the end of 2021.

Roblox also touted claims it doubled the number of developers earning at least $85,000 per year from Roblox creations to over 600, its programs to help developers improve their titles, and programs such as an Accelerator internship program and "engagement-based payouts."

The timing of the report could be beneficial to Apple, as it is in the process of finalizing iPadOS 15 for release this fall. As part of the update, Swift Playgrounds is being tweaked to enable people to develop full apps, as well as to submit them to the App Store directly from the iPad.