AppleInsider
Posted: September 28, 2021 7:21PM
in iPad
Apple has issued a response to accusations there's a glitch with the sixth-generation iPad mini, claiming that the slight out-of-sync "jelly scroll" effect of the display is to be expected. 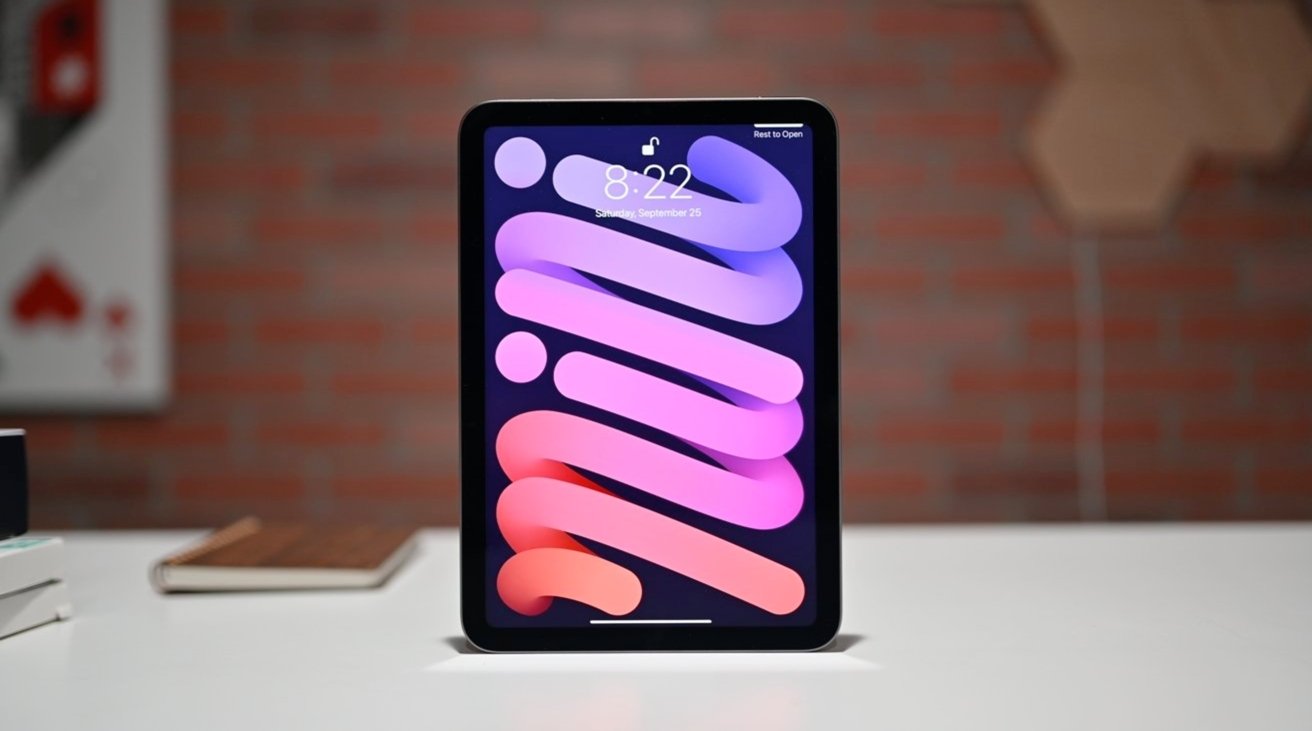 Apple's hotly-awaited iPad mini update featured a brand new display, one that appeared to havea "jelly" effect when users scrolled in a specific way. Following reports on Sunday about the phenomenon, Apple has responded to the complaints by basically saying everything is fine.

In a response to a query by Ars Technica, Apple said the "jelly scroll" is a normal behavior for LCD screens, due to the way they function.

As the panels update on a line-by-line basis, there is a small delay between lines updating at the top of the screen and the bottom being refreshed. This delay can apparently result in uneven scrolling, such as the one observed in the iPad mini.

The version observed in the iPad mini generally manifests when the tablet is held in a portrait orientation, though it can also apparently occur in landscape too, depending on the unit. Fast scrolling through a webpage, with a lot of text, for example, can result in the effect appearing on occasion.

AppleInsider has been able to recreate the effect on the iPad mini, and has also observed it in the 12.9-inch iPad Pro with ProMotion in testing, but the effect is more subtle.

However, the problem is rarely noticeable, meaning most users won't necessarily observe it without looking specifically for the issue.

Even so, it is likely to be a problem that Apple will be investigating despite its claim, as while its explanation should theoretically apply to pretty much any LCD-based iPad it has released in recent years, it's only becoming a widely-discussed problem now.