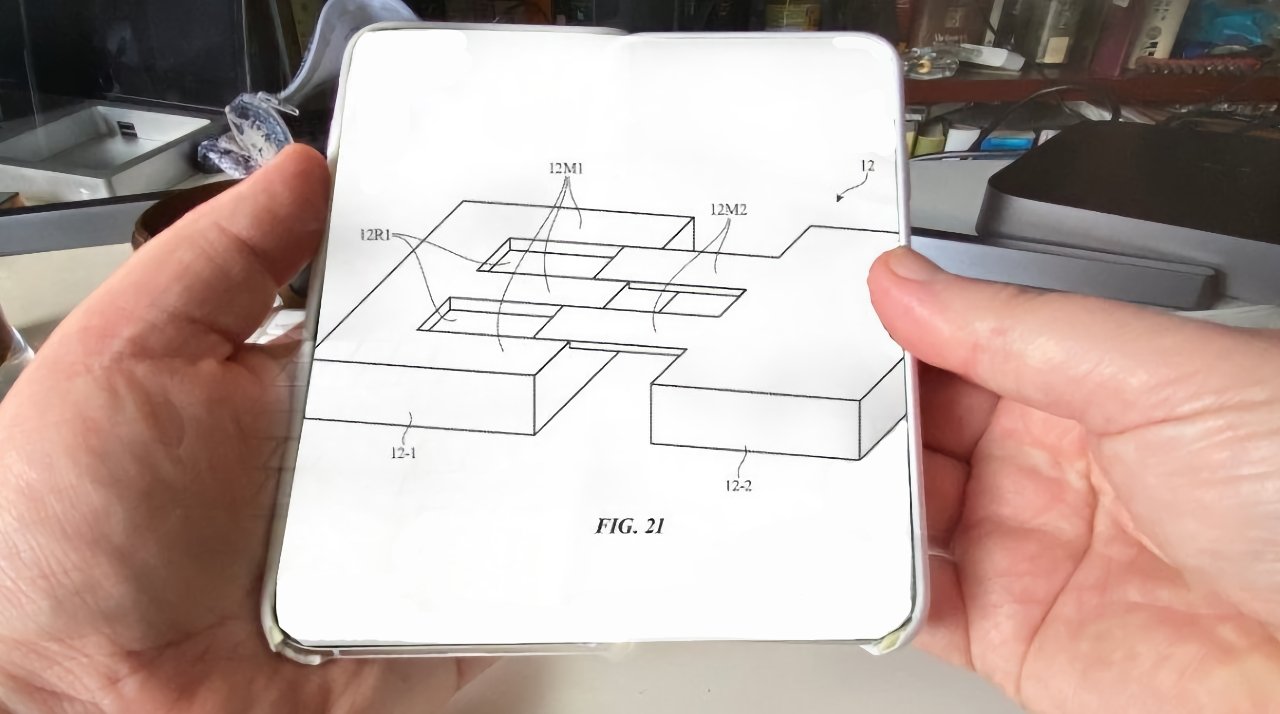 Mockup of a folding or expanding iPhone (Source: William Gallagher)

Apple has applied for many patents regarding aspects of what could become a folding iPhone, and it's been granted many, too. One such granted patent, however, was "Electronic devices having sliding expandable displays" -- and Apple has just updated it.

Now once again filed as a patent application, the same title, written by the same three inventors, is a subtle doubling down on some key details of the idea. It's also an expansion on some parts, and overall could suggest that Apple is clearer on what it intends to produce.

The core of the patent, and now patent application, remains the same.

"Electronic devices often include displays," says Apple. "A touch screen display may be used in a cellular telephone or other portable device to display information for a user and to gather user input."

"If care is not taken, a display may not offer sufficient screen real estate to display information of interest to a user," it continues. "At the same time, it can be difficult to enlarge the size of electronic devices too much to accommodate larger displays, because this can make devices too bulky."

The original version then specifies that this proposal is for a device that has opposing front and rear faces." That could mean either a book-like device that opens out, or it could mean a separate screen on two sides of an iPhone.

In comparison, the updated version avoids that ambiguity, and adds in a wider, more encompassing range of possibilities. It says the electronic device would have "a housing configured to move between an expanded state and an unexpanded state."

Repeatedly, the updated version pulls back on previous detail to make the scope of the patent application broader. For instance, a section describing "a flexible substrate configured to support an array of pixels," has gone.

All of the drawing in the new version are as before, however, and so is the overall description of what Apple is proposing. It describes a folding iPhone, where expanding, or opening up the display, means revealing a previously hidden screen.

It's too much to infer that Apple has based these revisions on what it has found during testing with prototypes. But it's not too much to conclude that this particular sliding proposal is getting attention because it's in the running to ultimately become a product.

As before, this version is credited to three inventors. That includes Michael B. Wittenberg, whose other related work includes a proposal that such a folding iPhone could use geared hinges.