AppleInsider
Posted: December 7, 2021 4:35PM
in macOS
Some M1 Mac owners are complaining about blurry text and lower-than-expected resolutions when using some third-party monitors, and one app developer has discovered why. 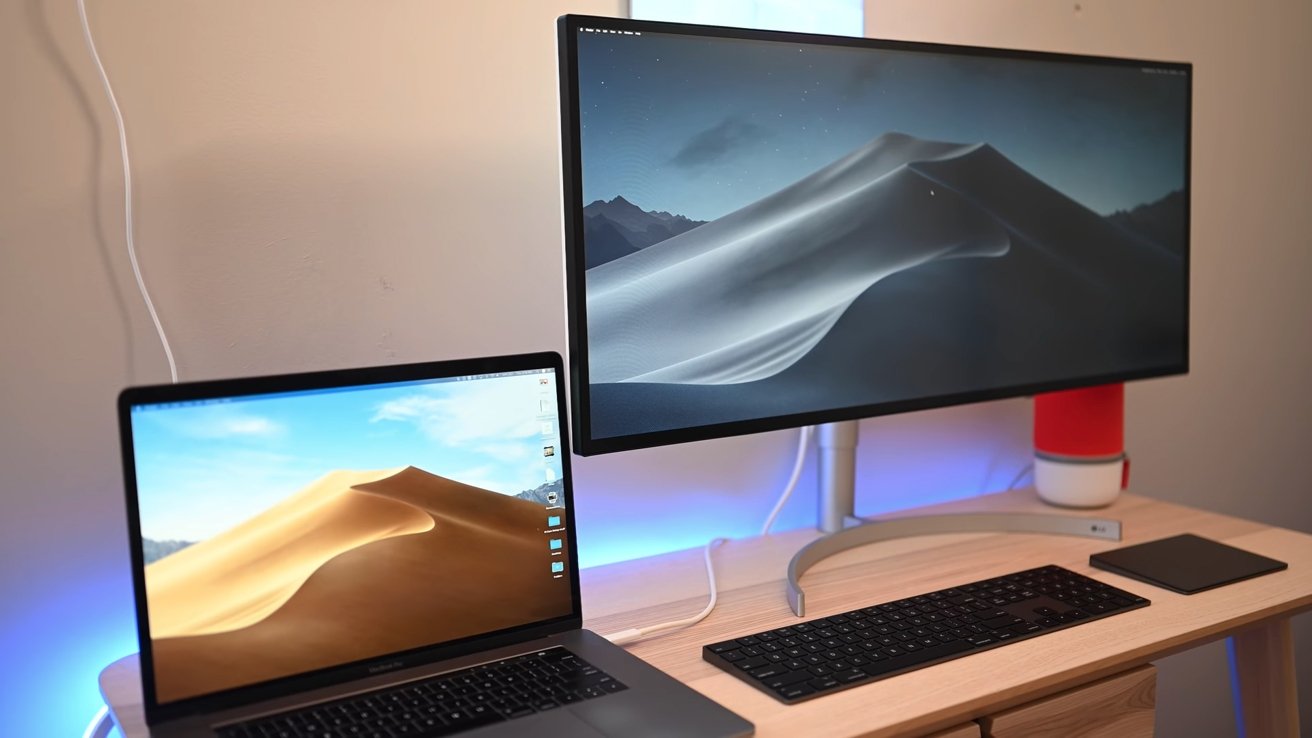 Certain third-party monitors may not perform well when used with an M1 Mac.

Complaints about resolution and blur problems when plugging in a sub-4K monitor into an M1 Mac have surfaced on support boards since the launch of Apple Silicon. App developer Istvan Toth has investigated the issue and developed a fix.

Toth told The Register that the problem centers on the fact that macOS isn't enabling its Retina-based high-pixel density mode (HiDPI) when plugging into to certain third-party monitors. Additionally, M1 Macs may offer lower resolutions than what a third-party monitor is capable of.

"It all comes down to font and widget scaling, and resolution independence. What Apple calls HiDPI mode is just the OS recognizing the plugged display operates at a super-high pixel count and scaling the desktop and user interface accordingly," Toth said.

Toth theorized that the issue could be due to the fact that Arm-based Mac devices use the same graphics driver code as iOS or iPadOS. Those devices don't need to support multiple displays, or displays that don't fall within a specific range.

"On some displays, like those sub-4K displays with 1080p or 1440p resolutions, Apple Silicon Macs do not allow high-resolution display modes, namely HiDPI, and does not do scaling well," he said. "This results in a low-res desktop experience locking the user with too small or too big fonts and GUI, and there is no way to change that."

On some displays, such as those in the 1080p range, the issue isn't as noticeable. But users who have larger or wider QHD displays might see fonts that are too small and blurry widgets and graphics.

Toth said the issue is software-based, and could be fixable in a macOS update. In the meantime, he has created an app that could mitigate the problem.

BetterDummy, Toth's app, basically creates a virtual display in software and mirrors it to a real display. That coaxes macOS into enabling the proper display mechanisms. BetterDummy is MIT-licensed and open-source.

AppleInsider has been trying to discuss monitors and Apple Silicon Macs with Apple since original release, but we have yet to have any responses to our queries.