Apple looking to the past, working on how to put a Mac in a keyboard

AppleInsider
Posted: February 24, 2022 1:06PM
in Future Apple Hardware
Apple's Magic Keyboard may one day become more magical, and possibly a little thicker, as the company is working on ways to include an entire Mac within a keyboard. 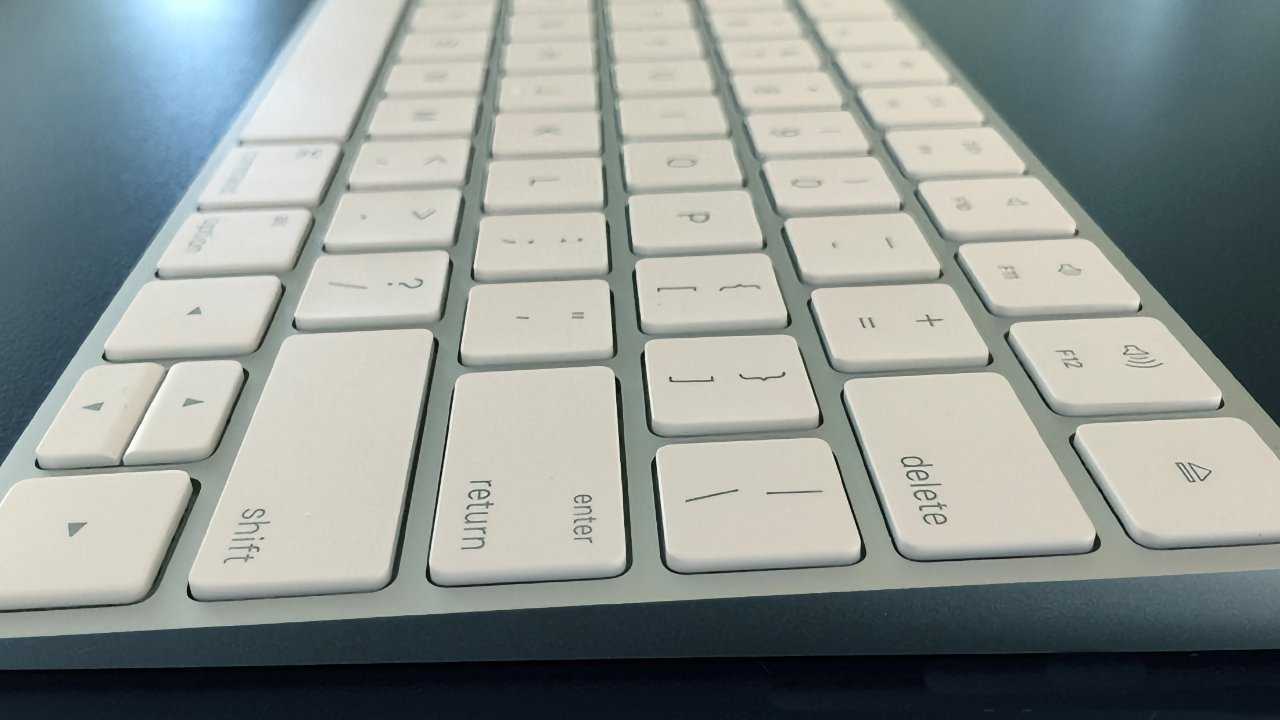 Steve Jobs made a big of thing of how the little Mac mini was a BYODKM, or Bring Your Own Display, Keyboard, and Mouse, device. Now it seems Apple is looking at cutting that down even further, to when all you need to bring is your own display.

"Computer in an input device," is a newly-revealed patent application that proposes an entire Mac that's the size of a keyboard. And would also be a keyboard.

Reminiscent of countless 1980s computers like the Apple II, Vic 20, and the Sinclair QL, a computer made following this patent application would look like it was just a keyboard. It would be bigger or taller than a current Apple Magic Keyboard, but perhaps not by all that much.

"A strong demand for portable computing devices which also deliver high performance," says the patent application, "has driven miniaturization and reduction in size of the once bulky computing components used to power and drive the devices."

"Components, such as processors, batteries, memory, integrated circuits, and the like," it continues, "are now being manufactured within smaller footprints to provide lightweight and thin portable computing devices."

Apple argues that therefore "further tailoring of housing designs, shapes, and configurations to provide additional or enhanced device functionality" is possible - and desirable.

That's really the thrust of the entire patent application, as the majority of its more 130,000 words is detailing methods for ventilating such a keyboard to keep components cool.

There are, though, multiple references to making such a device even more portable. For one instance, Apple says that the "computing device can be foldable about an axis."

And for another, "where a user might desire the device... to have wireless internet connectivity, [it[ can include a cellular antenna." 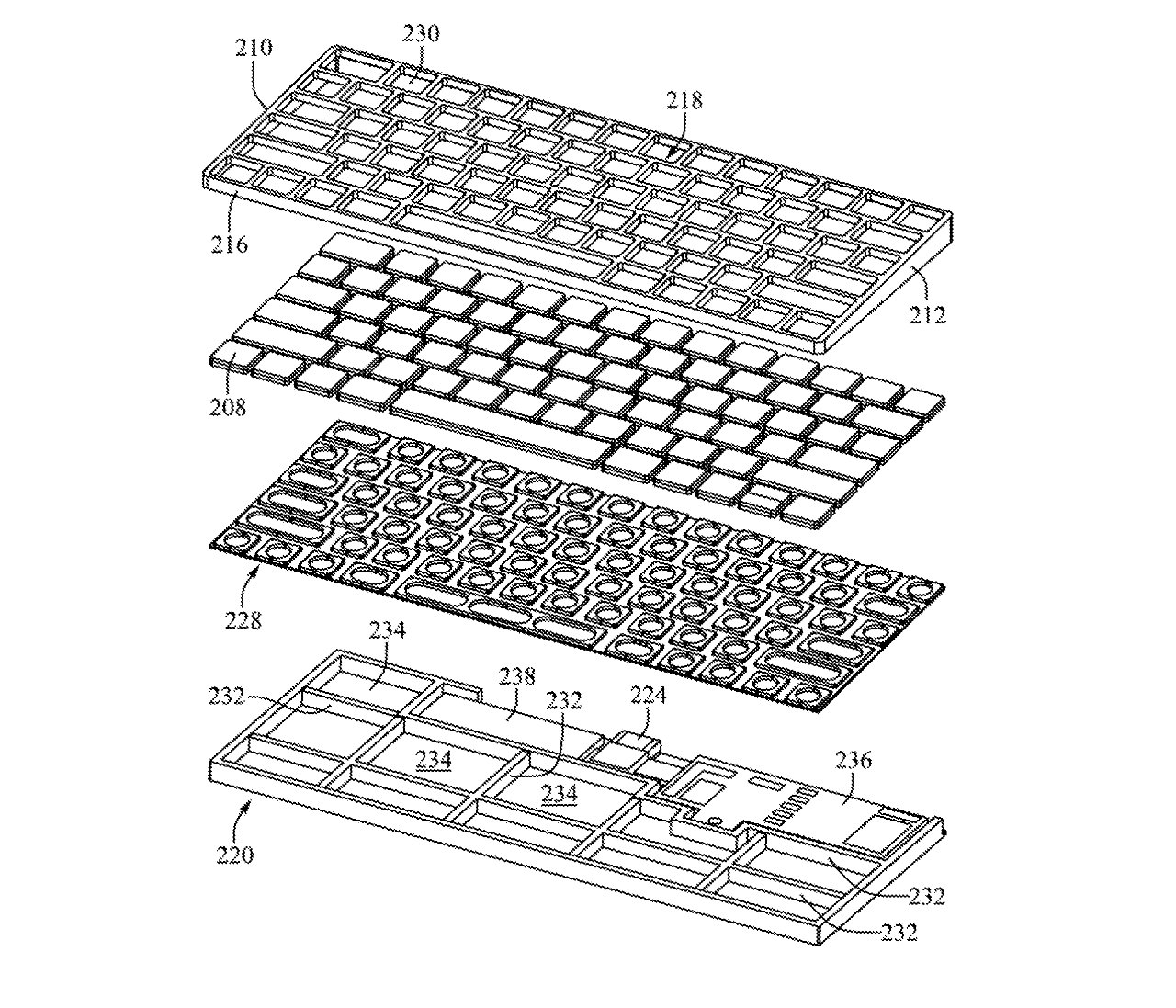 That comes in a section that is really concerned the space available for components, more than it is about what the specific components would be. It does argue what they do not have to be, though: its own display.

"This device configuration can allow a user to carry a single computing device," says Apple, "that can provide a desktop computing experience at any location having one or more computer monitors."

This patent application is credited to three inventors, including Brett W. Degner. His previous related work includes a patent concerning making an iMac from one sheet of glass.