AppleInsider
Posted: March 20, 2022 6:15PM
in iPad
A number of Apple customers have complained about the build quality of the iPad Air, with the thin panel of the aluminum enclosure causing audible creaks when held. 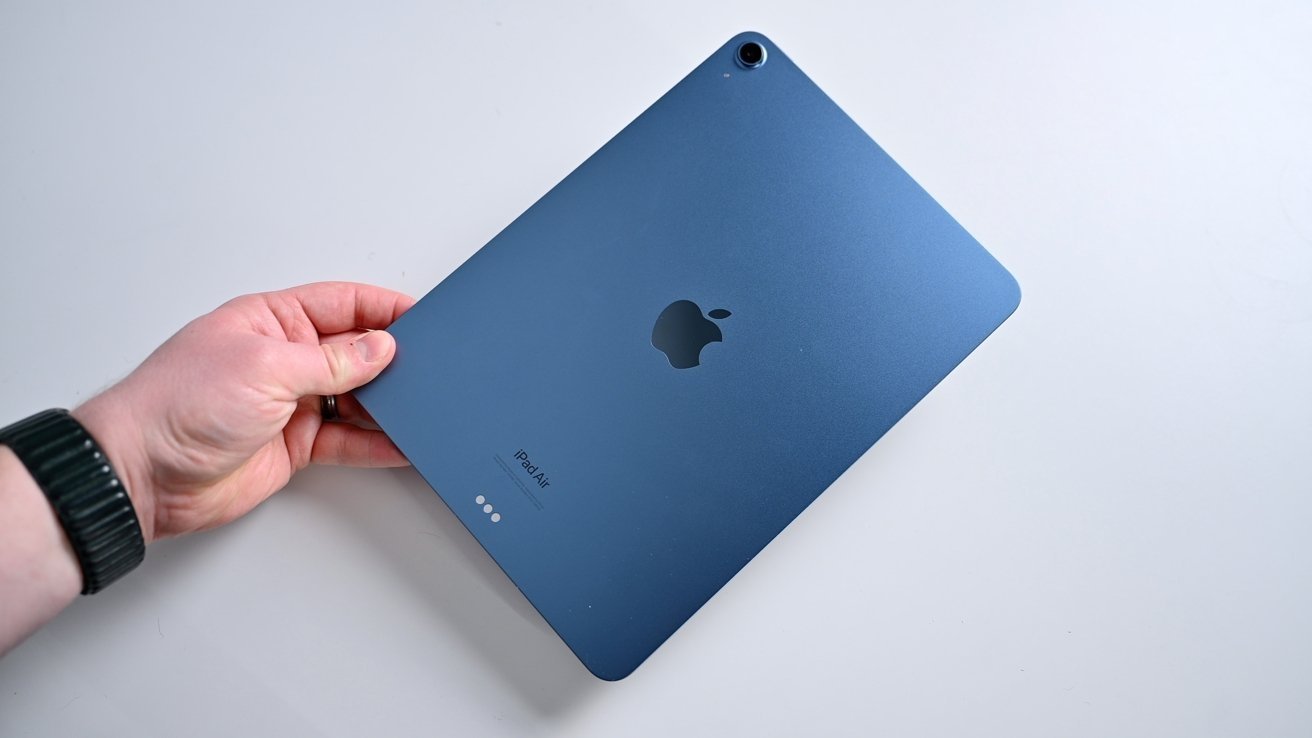 Apple tends to build its products as thin as possible while still maintaining structural integrity. In early online complaints about Apple's latest tablet launch, it seems that the quest for thinness has caused problems.

In a thread on Reddit first reported by iMore, users claim there are problems with the way the fifth-generation iPad Air is constructed. Specifically, the complaints center around the back panel.

The original poster says they ordered two blue models, but discovered the "aluminum backplate is a lot thinner than on the iPad Air 4." The user adds "you can almost feel the battery through the plate when you hold the device.'

Both units are apparently the same, with the thin panel causing the tablets to make "creaking noises" when held by the user, with the effect verified by a friend of theirs.

The user is not the only one to discover the phenomena, with others posting to the thread about the same problem. One user offered a video demonstrating the same creaking noises.

It is unclear how many iPad Airs are affected to a level where they creak. Apple has yet to comment on the complaints at this time.

For the most part, the physical appearance of the iPad Air 5 remains unchanged from the iPad Air 4, with the main alterations being internal. These changes include a shift to the M1 chip and an improved FaceTime camera, among others.