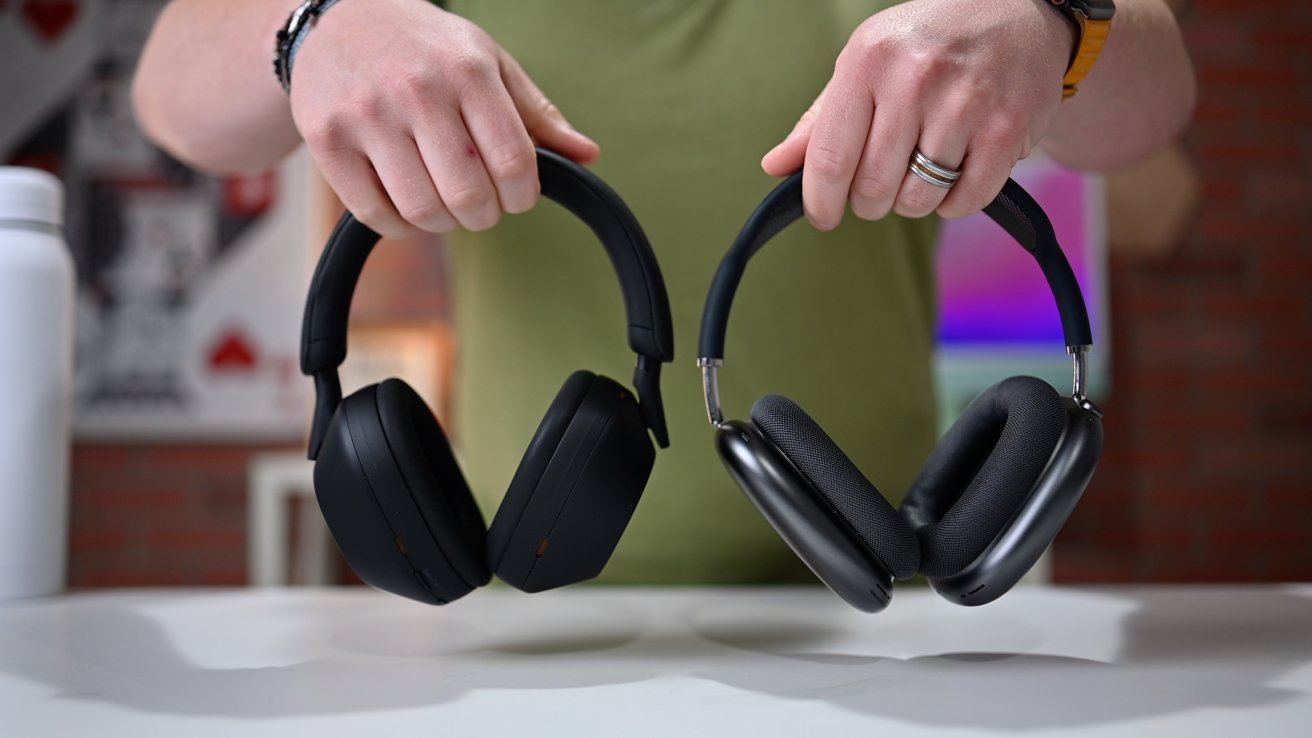 Sony has been an industry-leading producer of some of the most popular music devices and headphones, as has Apple. When the AirPods Max launched in 2020 many comparisons were made between them and the nearly $200 cheaper Sony XM4.

Now, Sony has updated its premium headphones with new specs at a $400 price. The Sony WH-1000XM5 have a new design, dual audio processors, and some updated algorithm-based features. 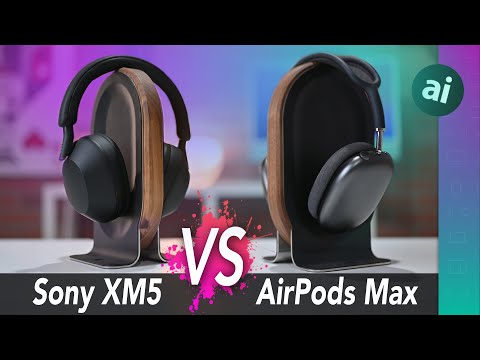 Comparing the AirPods Max to the new WH-1000XM5 and previous WH-1000XM4 provides a good idea of where these headphones stand. Sony focused on software features and quality of life changes over hardware upgrades this generation. The spec sheet shows very little has changed for the Sony headphones, yet the new processor and driver make all the difference in feature set. The external appearance has changed too, but the design remains geared toward a classic over-the-ear headphone style.

Sony has evolved the design of its WH-1000XM series into something that looks more premium thanks to a unibody style earpiece. The headband is one continuous shape with no folds or hinges, and both the headband and pads are made with a soft leather-like material. 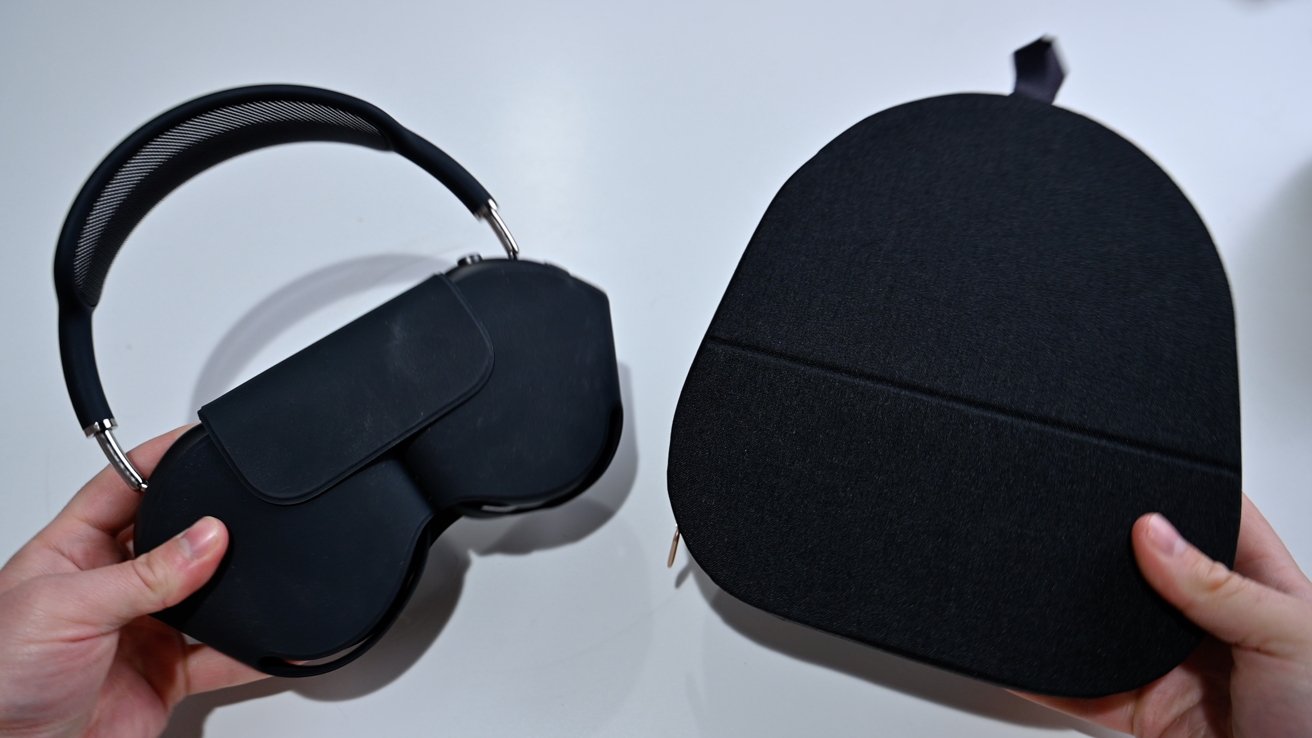 Neither AirPods Max or Sony WH-1000XM5 can fold for storage

Apple's AirPods Max are a unique set of headphones made of heavy materials like aluminum and stainless steel. The ear pads are cloth, but use a magnetic attachment system that allows for third-party options to easily be swapped in.

Sony moving away from a foldable design may be a big drawback for fans of the headphone line. Many comparisons between the previous XM4s and AirPods Max drew attention to the lack of folding on Apple's headphones, so this could be poorly received.

Sony's XM5 ear cups sit on a swivel to make them feel as if they are "floating," and the size adjustment is similar to AirPods Max with its sliding bar mechanism.

Apple uses a stainless steel headband wrapped in rubber with a small canopy at the top. This ensures the headband is sturdy and won't be easily broken and the canopy keeps the weight of the headphones evenly distributed. 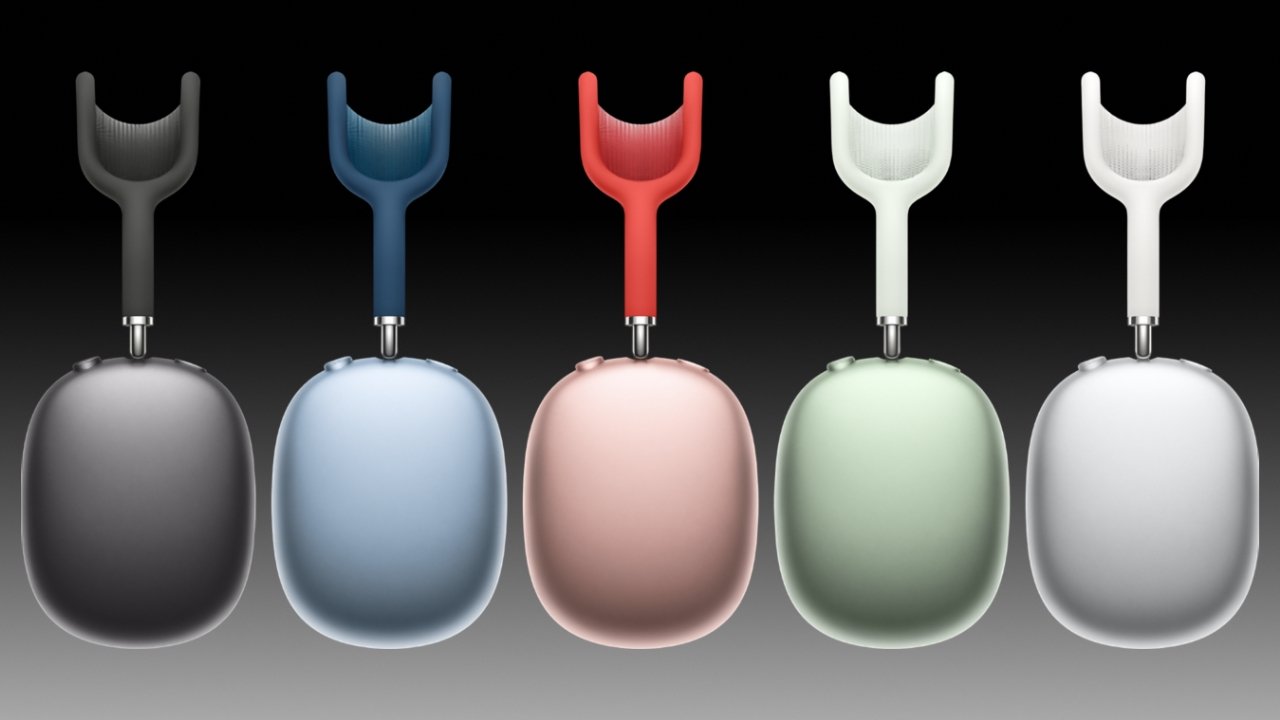 There are five colors available for AirPods Max

Apple uses an H1 chip in each ear cup for audio processing. They are controlling everything from audio balancing to ANC modes and "Hey Siri."

Sony brought back the same QN1 processor it used in the WH-1000XM4 but now it is coupled with a proprietary V1 chip. The QN1 is responsible for the noise canceling processing while the V1 chip amplifies it, meaning the ANC and transparency modes are better than ever.

Unlike AirPods Max, the Sony headphones are capable of playing back Hi-Resolution audio wired or wireless.

With a price tag $150 north of the XM5, AirPods Max should sound better and after hours of listening, that was our main takeaway. AirPods Max had a bit more bass while brining the music closer to you. Listening to music, we felt the AirPods Max soundstage was larger, but brought us closer to the center, creating a more immersive and intimate experience. 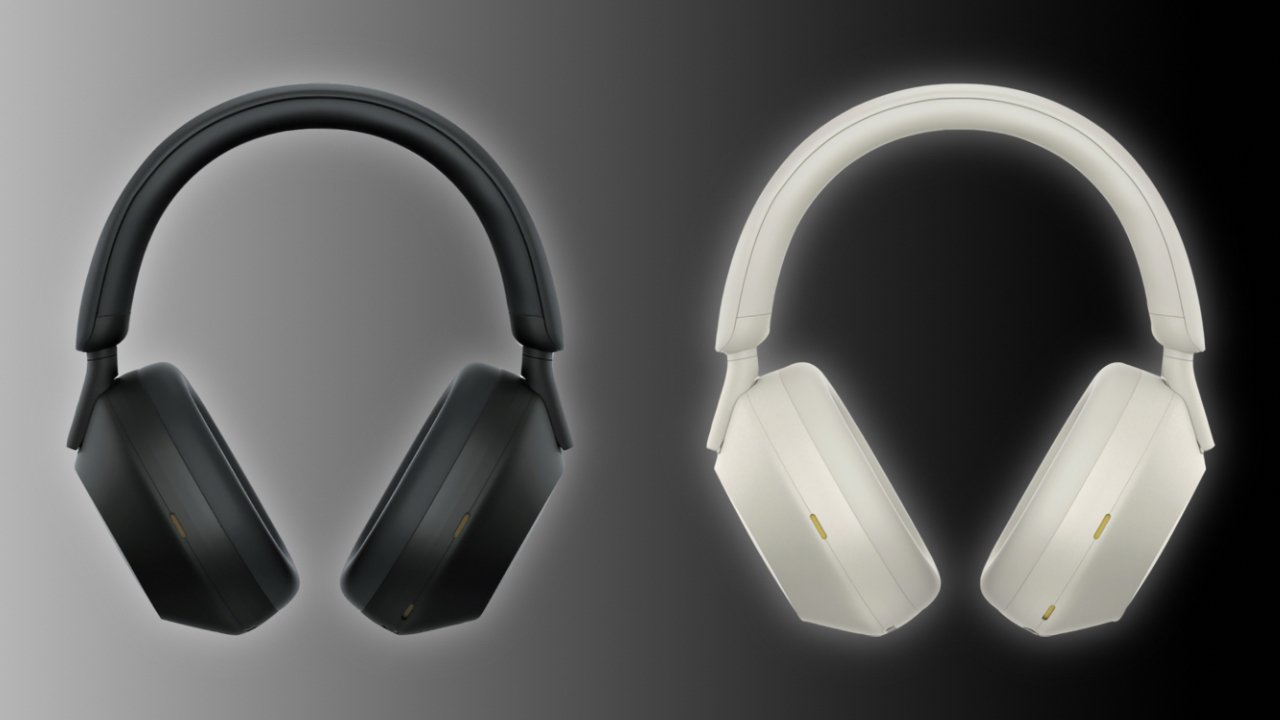 Both Apple and Sony support "Spatial Audio" where music or movies play audio in a 360-degree field. Sony calls this 360 Reality Audio, but it relies upon the same technologies. However, Apple uses head tracking to let users "move" through the 3D-audio space.

AirPods Max connects to Apple's iCloud and associates themselves with a user's Apple ID. This enables fast switching between connected Apple devices like an iPhone, iPad, and Apple TV. Although, you'll still need to manually connect to non-Apple devices each time.

Sony tries to replicate this kind of functionality using multiple Bluetooth connections. Two devices can be connected to the headphones at the same time. So, if you're listening to music on your PC and a phone call comes in, they'll switch to the phone automatically. Sony also takes advantage of Android Fast Pair for Bluetooth devices.

AirPods Max have only one connector option -- Lightning. So if you want to use them wired, you'll need a special $35 Aux to Lightning cable from Apple. The Sony WH-1000XM5 have Aux in and USB-C connectors. 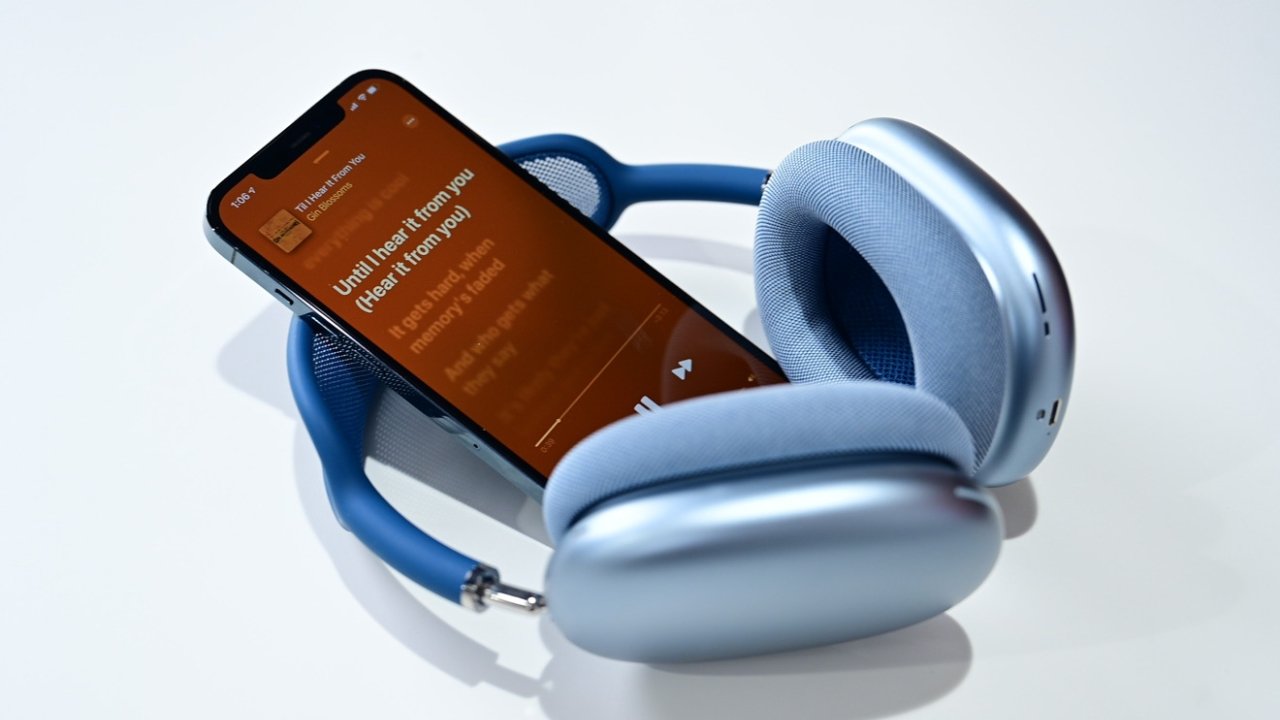 The AirPods Max have ANC and Transparency Modes

The ANC and transparency modes in the Sony headphones haven't changed, but they have been improved. The headphones will attempt to automatically set which transparency mode is active based on environmental noise, and ANC levels are controlled via Sony's app.

For Active Noise Cancellation, both AirPods Max and Sony XM5 attempt to block environmental noise using multiple external microphones and an internal microphone. This will block any constant mid to low level noise like machinery and muffle things like voices. Apple's ANC mode is on or off, while Sony offers a slider for intensity within its app. 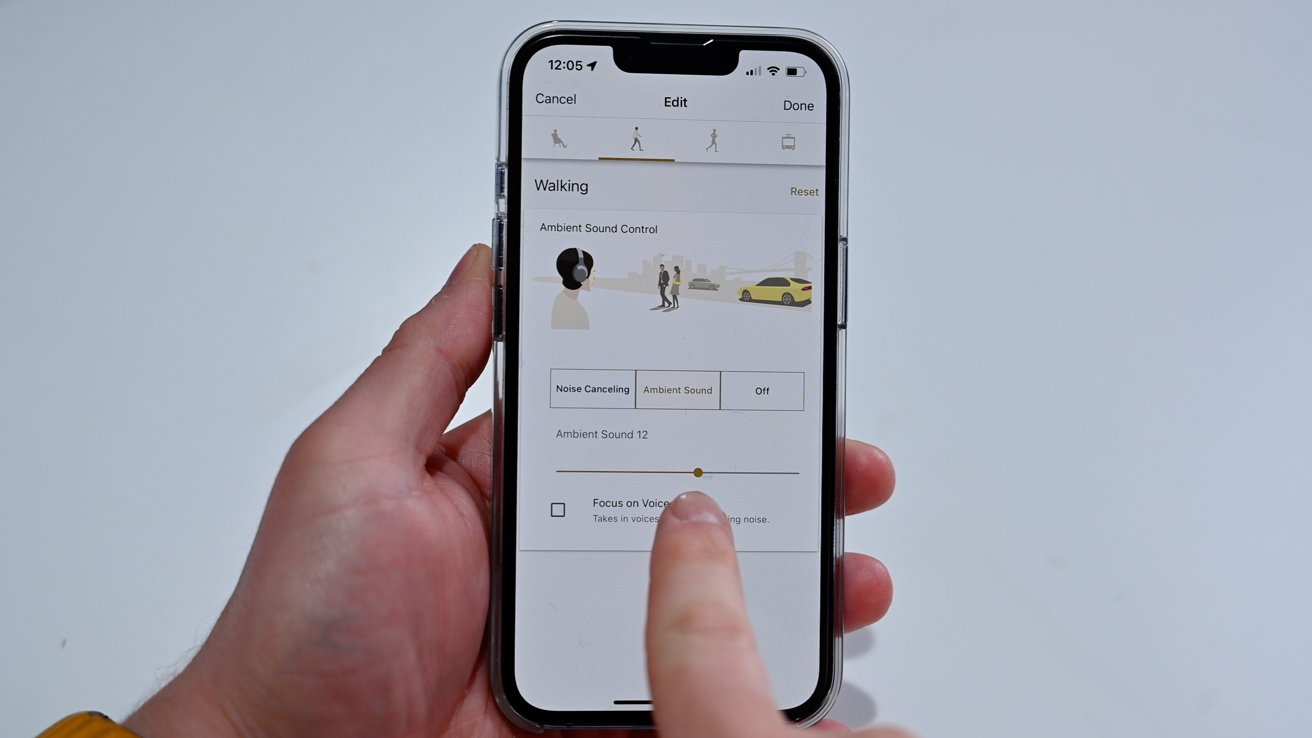 Transparency mode is meant to let environmental sound in. On the AirPods Max, again, it is just one setting that attempts to make it feel like you're not wearing headphones at all. There is still some ANC-like features keeping droning or loud noises out, but speech, traffic, and other environmental sound gets in.

Sony offers different levels of transparency based on what it can detect or user input. Walking mode lets traffic noise in while waiting mode will listen for announcements from intercoms and let it through. 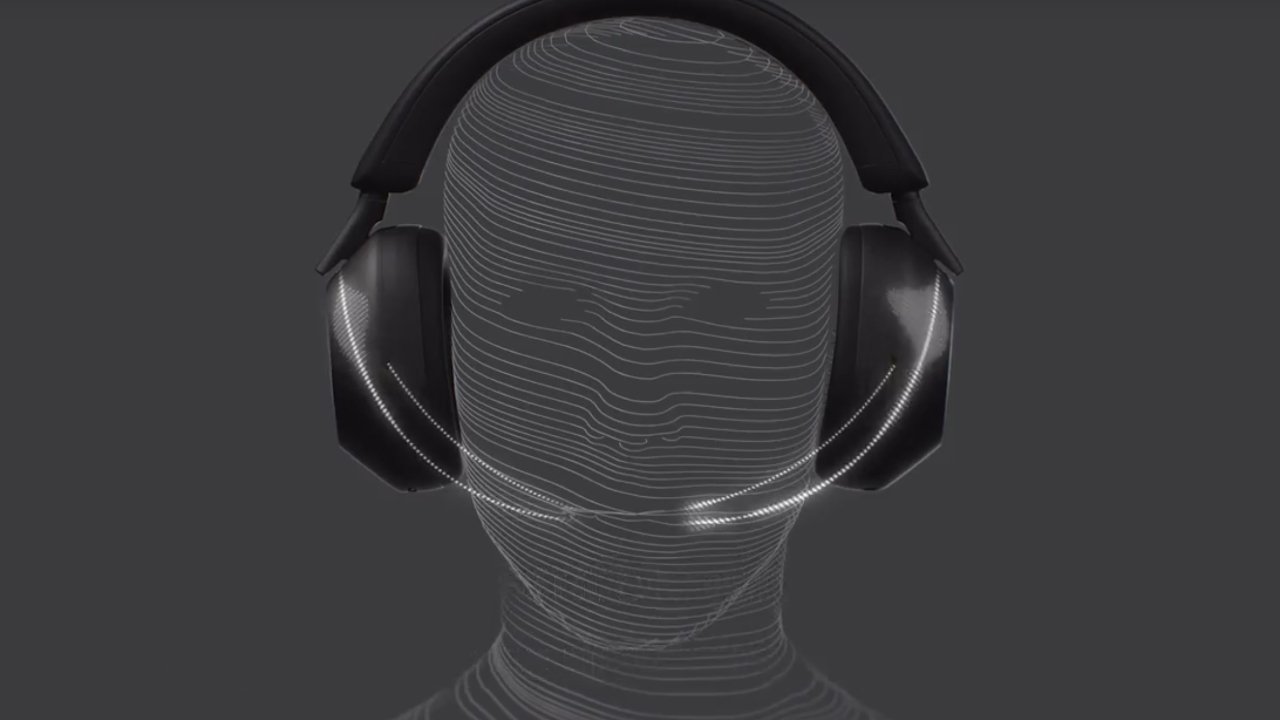 Sony includes a large number of features like tap and gesture control on the ear cups or voice detection. For example, if you're listening to music on the Sony XM5 headphones and begin speaking, the headphones will pause the music and enable transparency mode for a conversation. 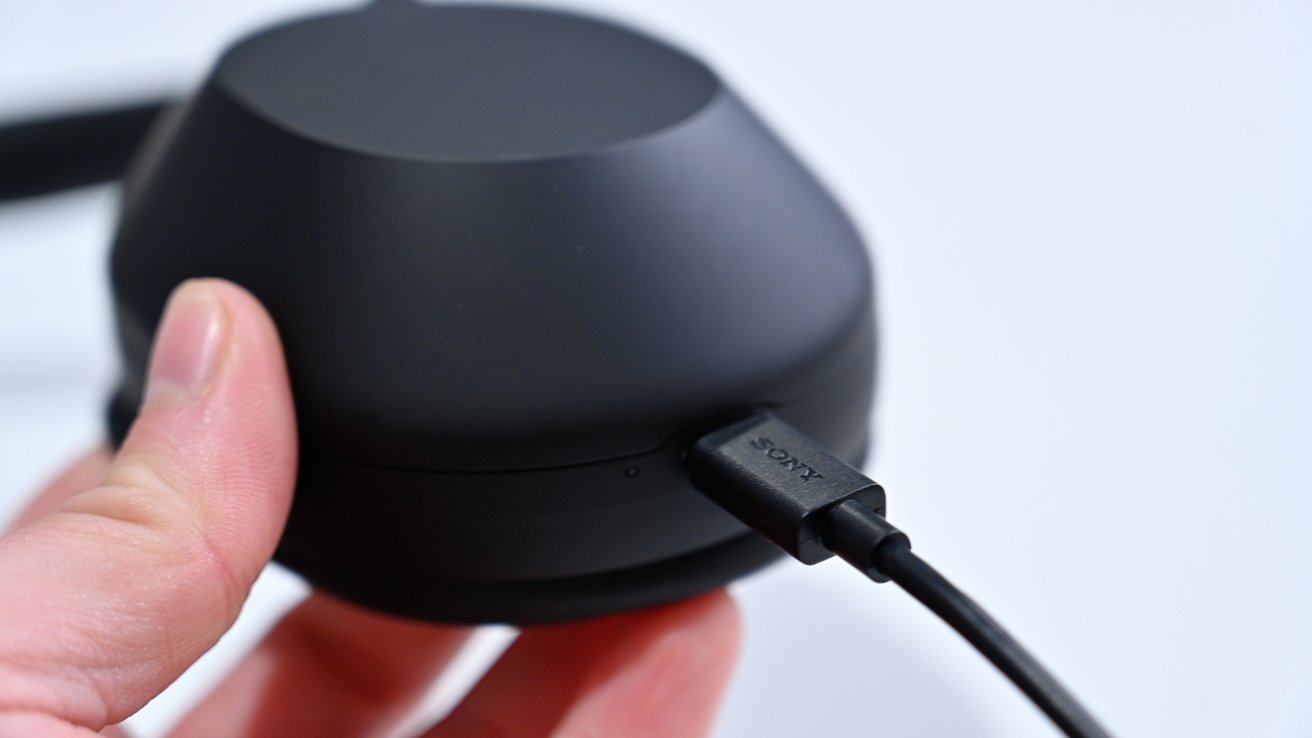 There is also a feature to enable Spotify playback with just a few taps, something AirPods would never do. Of course, both headphones allow smart assistant controls like "Hey Siri," but Sony tries to give users more control outside of voice and buttons.

Both headphones feature beam-forming microphones for improved call quality. Algorithms will attempt to focus the microphone on the speaker and remove any external noise to varying effect.

AirPods Max versus Sony WH-1000XM5: What to buy

Apple users with money to spare will likely dive on the AirPods Max, however, Sony does offer a compelling alternative. The fact that Sony's headphones can play Hi-Resolution audio will win over any audiophile, especially with all of the app configuration options. 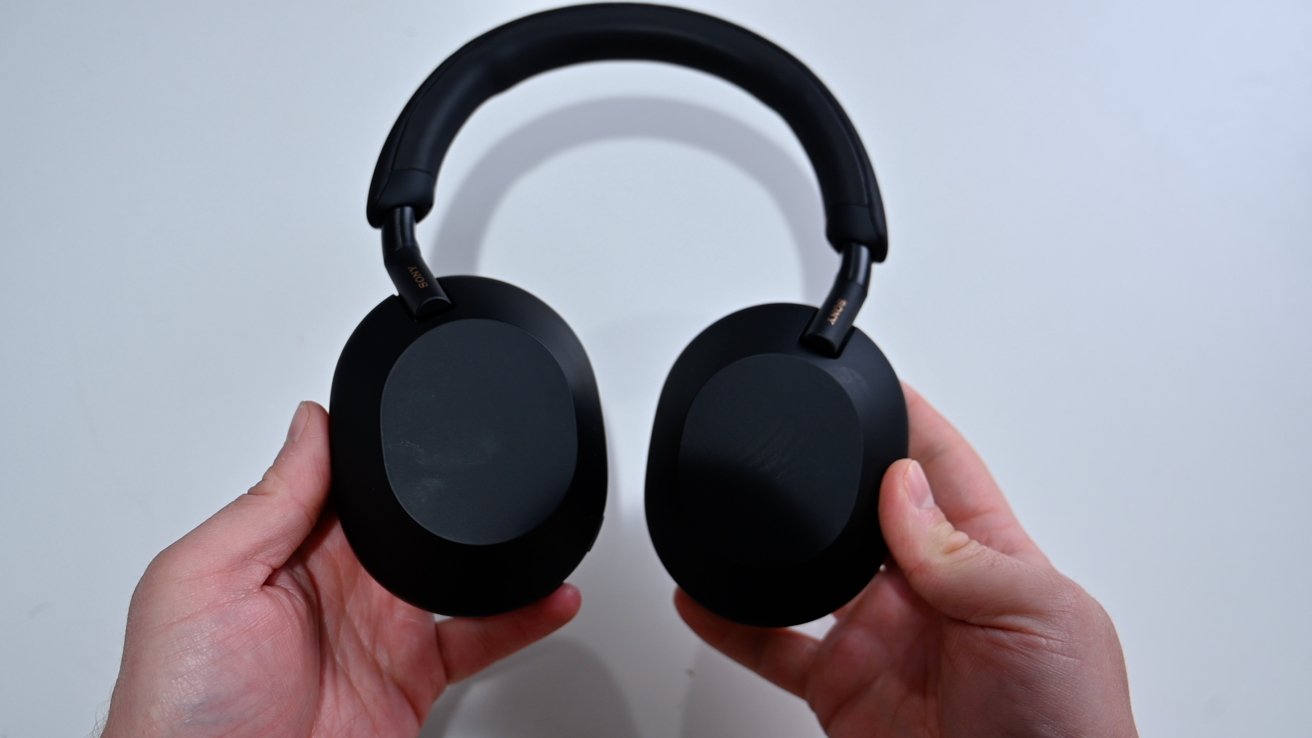 Sony's headphones work best in a multi-platform environment where someone might own an iPhone, Windows computer, and Sony TV. The multiple connection options and a wide variety of listening modes make them versatile headphones.

That being said, diehard Apple fans will stick with AirPods Max for their ecosystem connectivity and Apple-specific features. It doesn't hurt that there are five color options as well.

The Sony WH-1000XM5 headphones are available to purchase on Amazon, as well as at B&H Photo and Adorama. The over-ear headphones retail for $399.

Apple's AirPods Max, meanwhile, retail for $549 but are discounted to $425 at press time when you shop through this activation link and enter promo code APINSIDER during checkout at Adorama. Detailed step-by-step activation instructions can be found here.

You can also check out the latest prices at Amazon, B&H Photo and other Apple resellers in our AirPods Price Guide.