AppleInsider
Posted: July 15, 2022 7:47PM
in Current Mac Hardware edited July 16
We've got our hands on the new 2022 MacBook Air with the M2 processor. Here are our early impressions. 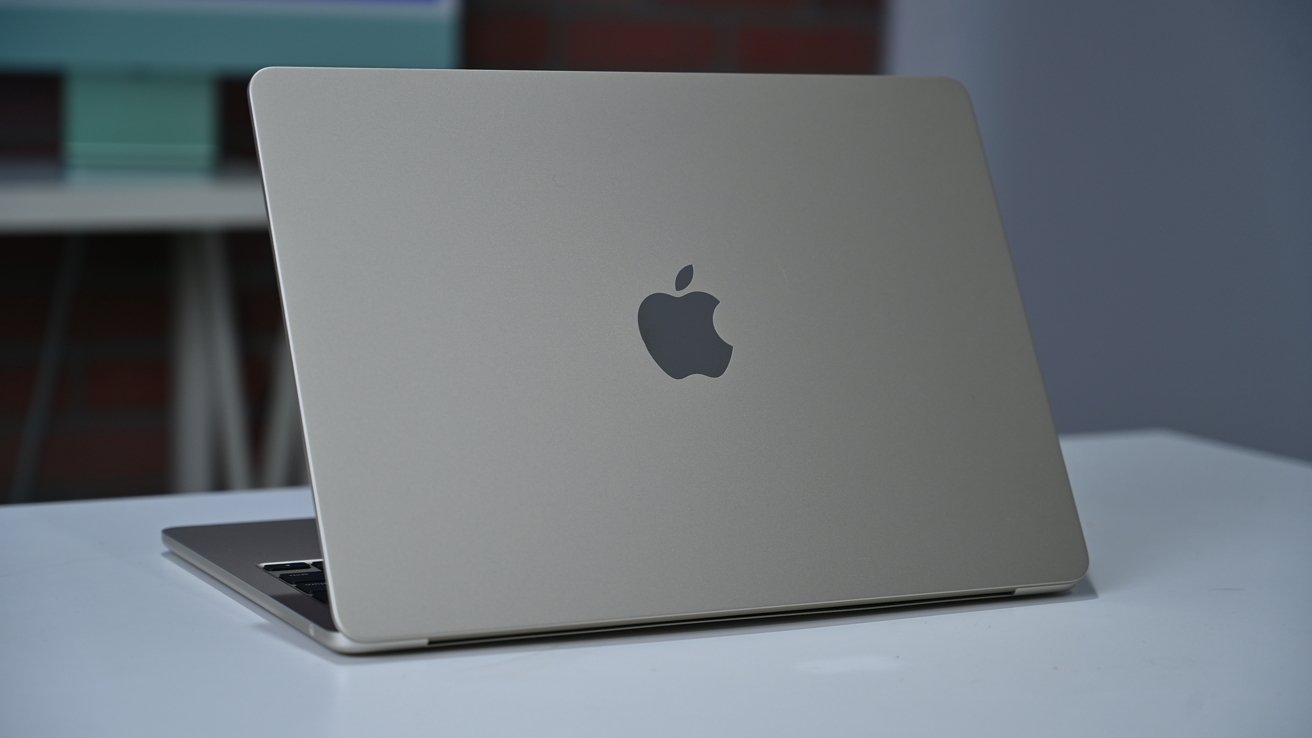 The redesign of the MacBook Air feels more notable in hand compared to the MacBook Pro. The Pro went from slightly covered edges to slightly squared edges. Not a huge departure.

With the MacBook Air, the machine went from a tapered wedge to a smaller version of the MacBook Pro. In use, we like it. We like it a lot. It feels easier to hold and incredible to see how thin the overall machine is.

The new MacBook Air is both thicker and thinner than the past generation. At its thickest, the last-generation machine measured 1.61cm and .41cm at its thinnest. The updated model is 1.31cm across the entire machine. 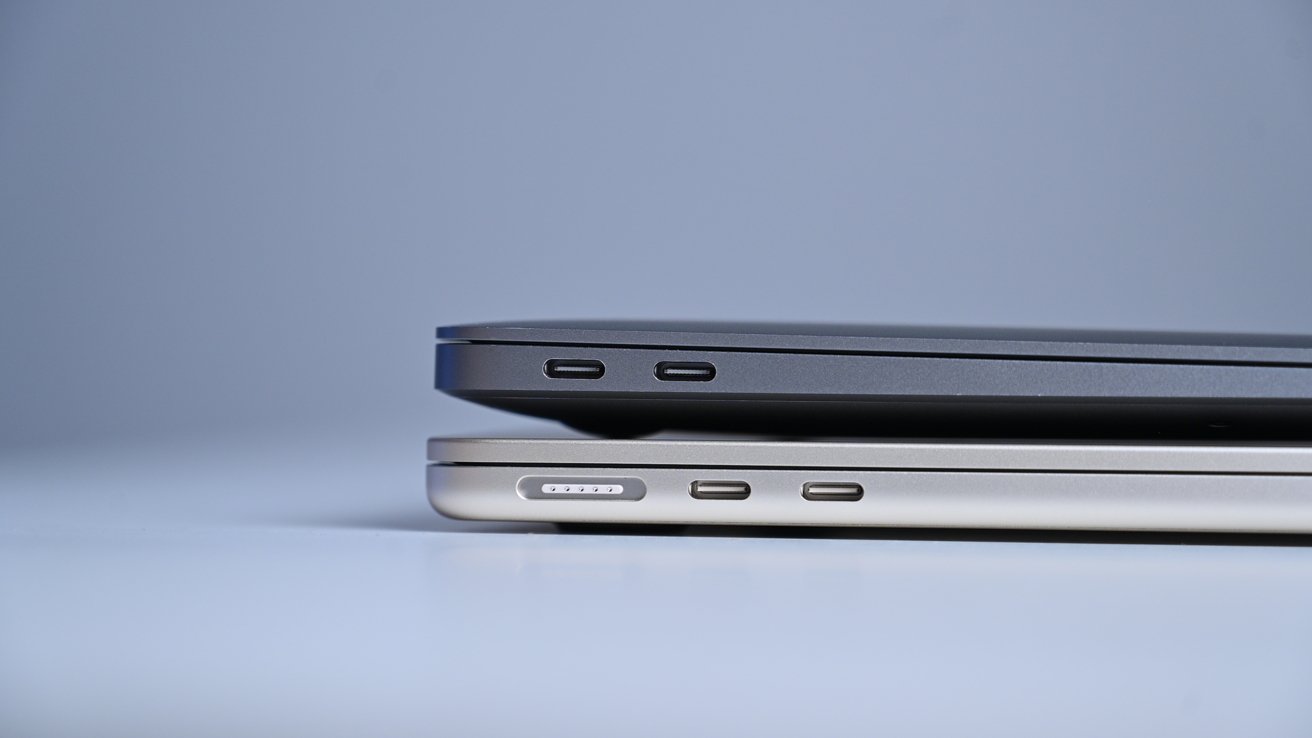 The new MacBook Air gets MagSafe

So even though half of the machine is thicker than it was before, it's thinner in the back which gives the illusion that the whole thing is smaller. At the same time, Apple made it lighter by .1 pound. It isn't noticeably lighter in use and we can barely tell the difference side-by-side, but we'll take any savings we can.

One would think that Apple would grace the MacBook Pro, its high-end machine with all the extra bells and whistles. Yet, it is somehow often the mass-market models that get these things. 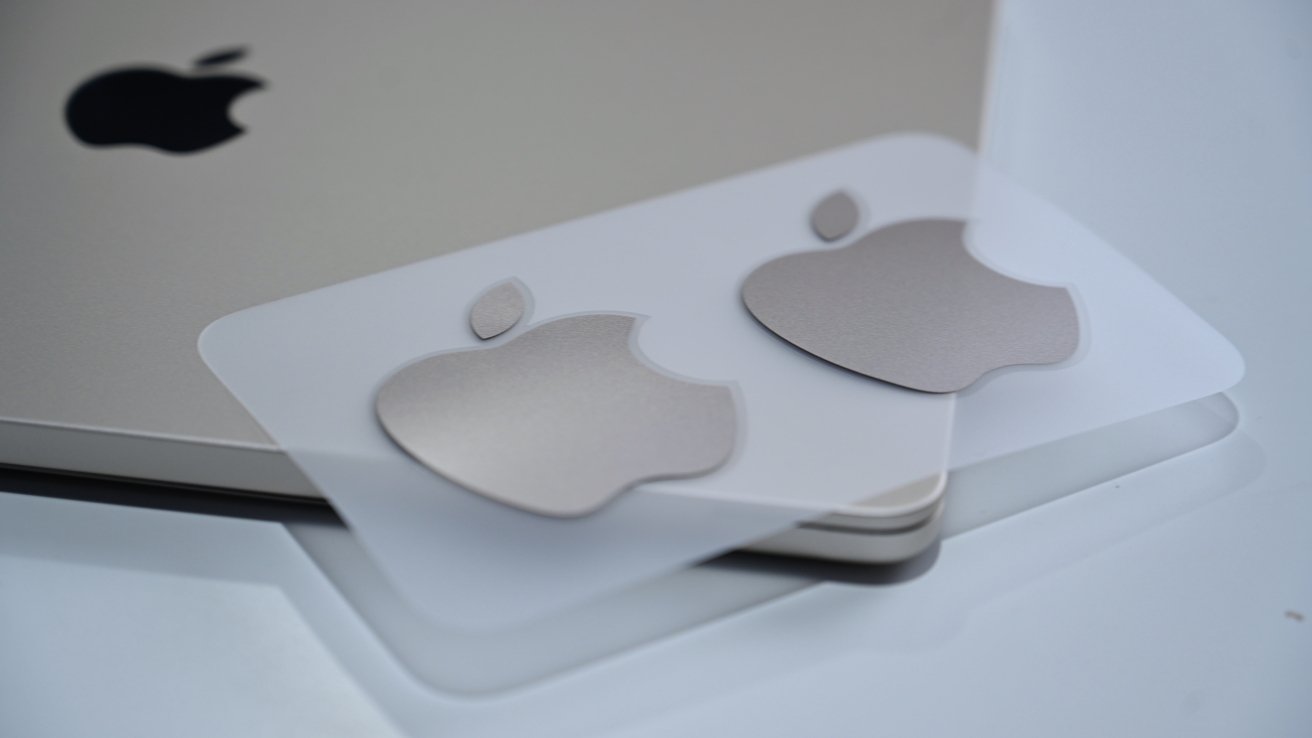 With the 24-inch iMac Apple included color-matched stickers to go along with the fun color of the desktop computer. Apple has done the same with the MacBook Air. Our Starlight version came with Starlight stickers and our Midnight version has Midnight-colored stickers. 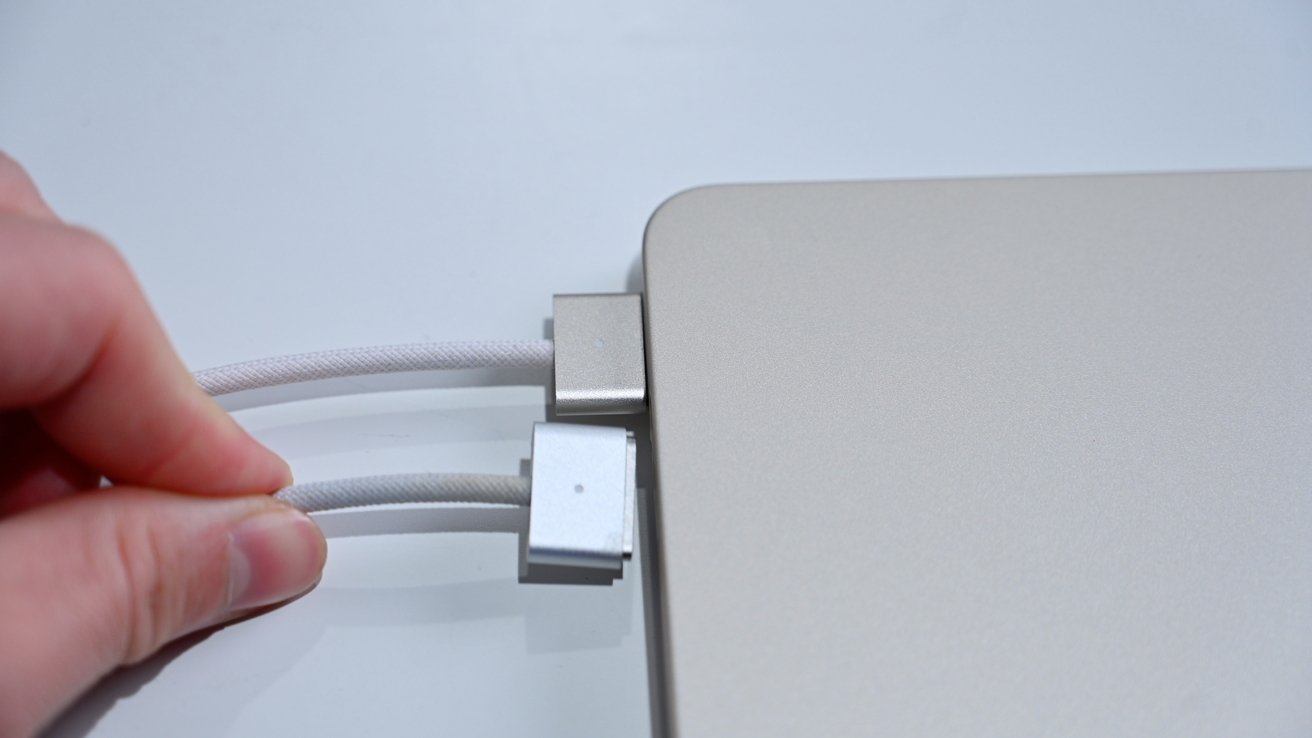 The included Starlight MagSafe versus a silver one

Apple even matches the power cable. Apple has always done white cables for its portables but not this time. The Midnight MagSafe 3 cable is particularly nice looking. 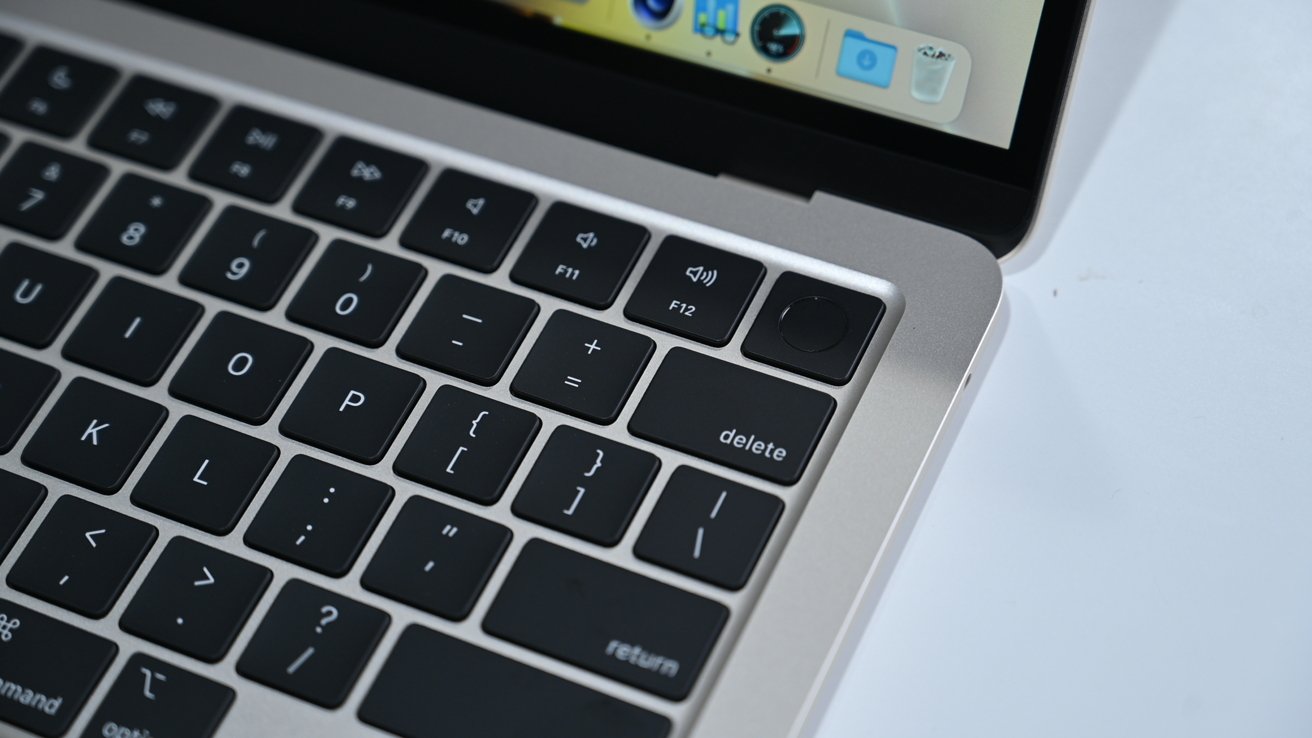 The function keys on the new Air are also double the size they were before. With the half-sized keys before, we always found ourselves always overshooting the buttons. Now that they are larger, we land dead-center each time we go to adjust the volume or authenticate via Touch ID.

Going from the last-generation MacBook Air and the M2 13-inch MacBook Pro, the M2 MacBook Air doesn't appear thus far to be much slower or faster. It seems on-par with the other machines in your typical daily tasks. of course, this is before running any in-depth benchmarks. 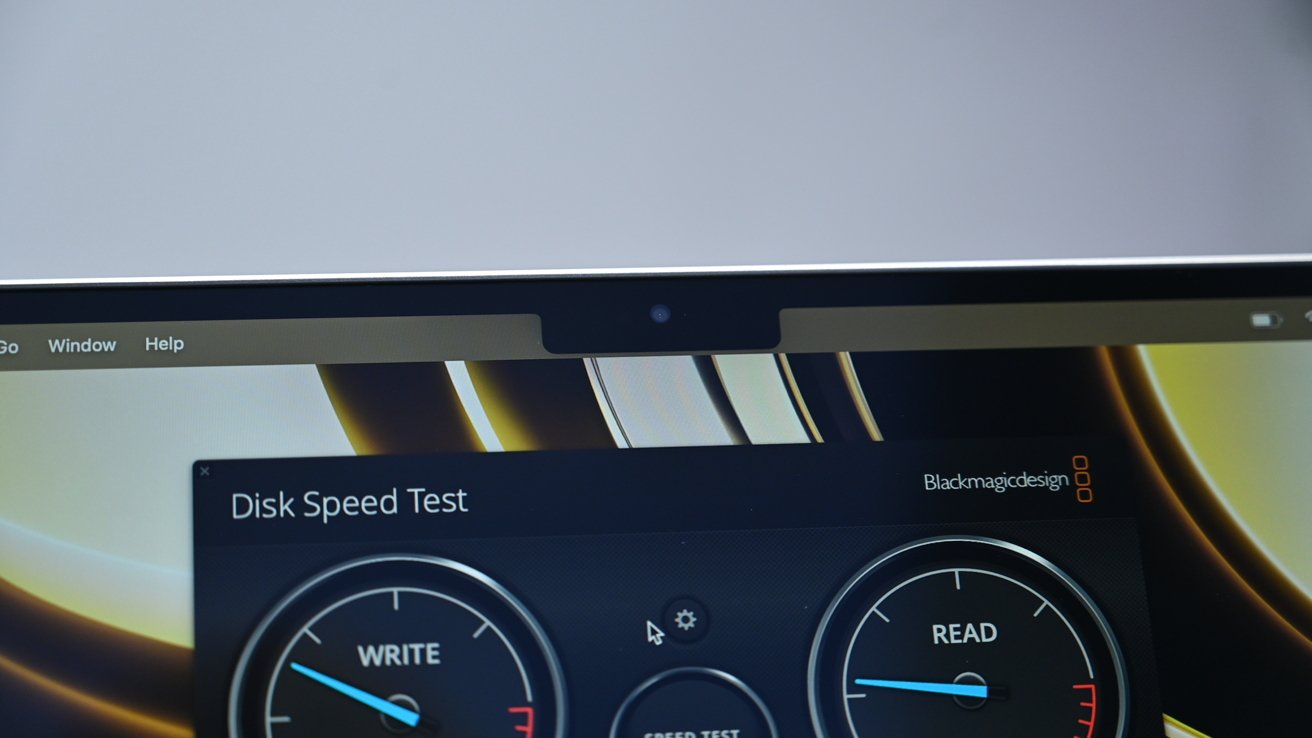 Further testing will certainly be needed. We can see a big difference though in the image quality of the new 1080P FaceTime camera compared to the last-generation model, however. It isn't amazing and using Continuity Camera will still provide better results, but that 720P camera was awful.

We'll continue testing the new M2 MacBook Air and comparing it to Apple's other portables in the coming days. Stay tuned to AppleInsider.