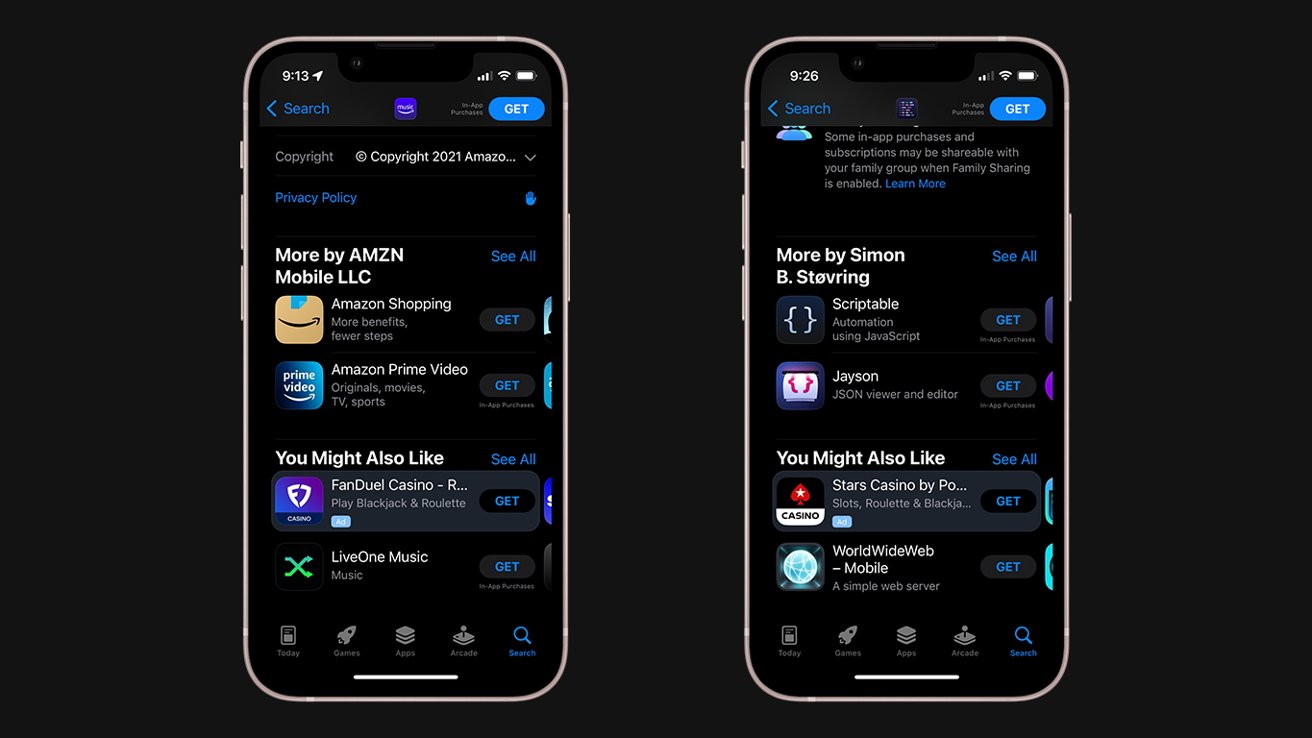 An Apple spokesperson reached out to AppleInsider with the following statement:

"We have paused ads related to gambling and a few other categories on App Store product pages."

Gambling apps were heavily featured in Apple's new ad slots, with some users reporting that they'd seen gambling apps advertised up to 30% of the time.

The ads appeared next to apps geared toward children and even on pages for gambling addiction recovery apps.

Gambling apps are highly controversial. The apps allow players to gamble in casino-like games, including Blackjack, poker, roulette, and more. In addition, many of these apps inform users that they can exchange winnings for cash via PayPal, Apple Pay, or prepaid debit cards.

Many were critical of Apple for allowing the ads in the first place, stating that it had lost sight of its customer-first vision.

A spot check on Wednesday evening is showing at least moderately relevant ads for apps -- and no sign of the gambling apps.