AppleInsider
Posted: August 10, 2012 8:35AM
in General Discussion edited January 2014
A 60-second television spot created in the months leading up to the early 1984 launch of Apple's original Macintosh was shelved and never aired publicly due to concerns that it would be seen as "too self-congratulatory."

Andy Hertzfeld, one of the original members of the Macintosh team that helped pioneer the personal computer revolution alongside Steve Jobs and Steve Wozniak, published the video to his Google+ page on Thursday.

"Here's a rare commercial for the original Macintosh that Chiat-Day made in the fall of 1983 , featuring snippets from interviews of the design team," he said.?"It never aired because Apple deemed it too self-congratulatory, although it was used in some promotional materials sent to dealers."

Crow explains that when the team set out to create the first Mac, they were largely doing it for themselves. But in order spur widespread adoption, they needed to make it easy to manufacturer, be very reliable so customers didn't have to worry about it failing, and allow it to be priced at a fraction of the cost of anything the design team had ever worked on. 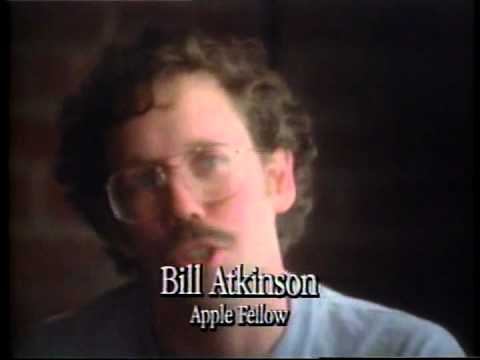 "I can't really describe it to you in words, but if I could get you to sit down in front of it and play with it, you won't let go of it," Atkinson gloats in one segment of the clip. Murray adds, "And I think what you're going to see is that the balance of power is going to shift; the balance of power from companies running people to hopefully people running companies."