AppleInsider
Posted: September 18, 2012 2:41AM
in General Discussion edited January 2014
In a short piece relating to the upcoming launch of Apple's iPhone 5, Fox News incorrectly reported that the handset boasted a number of outlandish features, such as a "laser keyboard" and holographic projection.

The apparent gaffe from Fox's New York affiliate mistakenly cited Aatma Studio's 2011 video "iPhone 5 Concept Features" (via TUAW) as source material for the story, stating the fictional device's futuristic features will be arriving with the real iPhone this Friday. 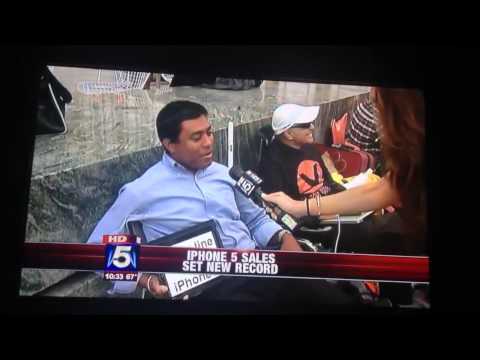 Being an artistic rendering of what would become the iPhone 4S, Apple's fifth-generation handset, the video presented an incredibly flat device with an enlarged edge-to-edge display.

Among the many faked features was an interactive color projection of a QWERTY keyboard that a Fox correspondent incorrectly referred to as a "laser keyboard." A similar but far less advanced product does actually exist, however the device is relatively large and does not render color images as does the concept.

Also included in the fake iPhone's spec sheet was a hologram projector built into the bottom of the phone that apparently uses another bit of future technology. Current state-of-the-art non-screen holographic projection systems leverage high-powered lasers to excite plasma in the air, a process that has not yet been perfected and yields only monochrome images at frame rates far less than required for comfortable viewing.

While the report doesn't appear to be a fabrication, it is unclear how the segment slipped by producers, staff and even reporters, especially given the fairly wide mainstream media coverage of recent major Apple product launches.