As reported by Re/code, Cohen's LinkedIn bio page was recently updated to reflect a change in employment from Nvidia to Apple. His new title at Apple simply reads "Software," but Cohen has ample experience in the development of advanced driver assistance systems (ADAS), or autonomous car solutions.

At Nvidia, Cohen was director of the chipmaker's Deep Learning Software program where he oversaw development of the CUDA Platform libraries and GPU-acceleration software technology under the company's Tesla business. Specific research subjects included bioinformatics and machine learning, according to Nvidia's website.

Conventional ADAS technology today can detect some objects, do basic classification, alert the driver, and in some cases, stop the vehicle. DRIVE PX takes this to the next level with the ability to differentiate an ambulance from a delivery truck or a parked car from one about to pull into traffic. The system can now inform the driver, not just get their attention with a warning. The car is not just sensing, but interpreting what is taking place around it--an essential capability for auto-piloted driving.

A video of Cohen explaining the DRIVE PX project was captured by RCR Wireless News earlier this year: 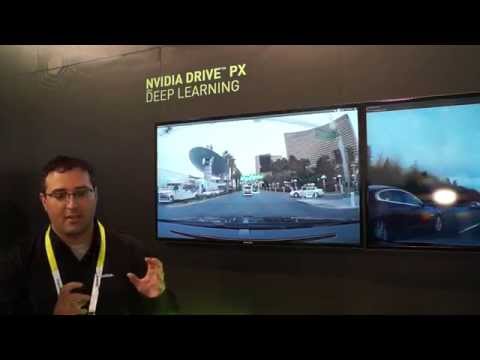 Cohen's arrival at Apple comes as rumors swirl over a secret car initiative dubbed "Project Titan." The Cupertino, Calif., tech giant is widely thought to be working on an electric vehicle that could see unveiling as soon as 2020, though the first iteration might not be self-driving. Still, taken in context with Apple's acquisition of machine learning startup Perceptio this summer, Cohen's hire suggests Titan is moving in that direction.

Apple is said to have ratcheted up development as of late, poaching talent from Elon Musk's Tesla, as well as established automakers like Chrysler and Mercedes-Benz. A report on Monday claimed Apple's aggressive hiring practices caused electric motorcycle manufacturer Mission Motors to fold up shop.

AppleInsider earlier this year revealed that Apple's automotive project was well underway at a secret facility in Sunnyvale, while future plans might include a production facility in San Jose.
«1234»