AirPods orders begin to arrive, stock available for purchase at some Apple stores

Starting Monday, Apple AirPods are available at retail, which may be the only opportunity to get them for a holiday gift. Nearly immediately after going up for sale at Apple's online store, the devices were back-ordered, with shipments not expected until January.

However, those who ordered within the first few hours of availability are starting to receive them. Reports on social media from all over the U.S. and other countries heralded the wireless ear buds' arrival, or at least the shipment of same.

Even the box itself is a piece of beauty.. #AirPods #Apple @Apple pic.twitter.com/7ZECURlGB1

Early reports suggested that stock would be somewhat limited at U.S. Apple Retail stores, at least to start. AppleInsider has followed up on those reports, and has found that the situation is better than expected at most locations.

Three of the Apple stores we spoke with are still not expecting stock for sale before January.

Other retail establishments like Best Buy and Target are still not expecting any, with one Target store we spoke to telling us that they weren't expecting any stock at all of the sought-after peripheral until late February. 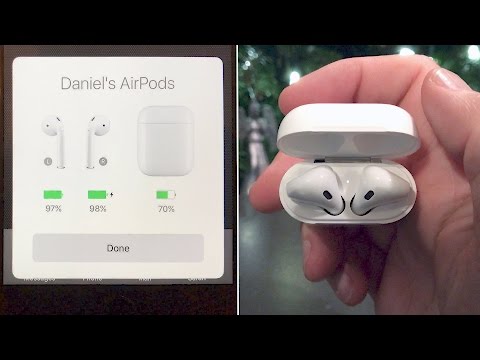 Apple's AirPods, Powerbeats 3, Beats Solo3 Wireless headphones all feature a the Apple-designed W1 chip that makes it easier to pair with multiple Apple devices. In addition to the W1, AirPods also include beam-forming microphones, accelerometers, infrared sensors, and a small charging and carrying case that will provide more power on the go as well as the mechanism to sync with the iPhone 7.