Apple Inc. gears up to distribute $3.1 billion in dividends to shareholders

AppleInsider
Posted: February 8, 2017 7:07PM
in AAPL Investors edited February 2017
On February 16, Apple will pay shareholders of record a quarterly dividend of $0.57 per share, but investors must own the company's stock before February 9 in order to qualify. Apple will pay out $3.1 billion in dividends on its outstanding shares for the quarter. 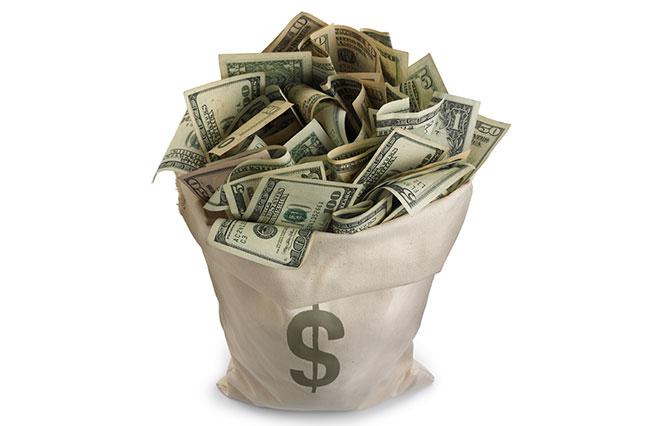 Apple has been paying its shareholders a dividend about a month and a half after the end of each fiscal quarter ever since it declared its modern dividend plan in the summer of 2012.

The February dividend will be the eleventh to occur since the company issued a 7-for-1 stock split. That split also converted the dividend from $3.29 per share to 47 cents per share, which Apple subsequently increased last year to 52 cents.

February's dividend will be the fourth 57 cent dividend Apple has paid since it announced plans to increase its dividend from 52 cents during its Q2 2016 earnings conference call.

Over the past four quarters, Apple has paid out around $12 billion in dividends to its shareholders, distributing close to $3 billion every quarter, although that number has decreased slightly in tandem with the company's stock buybacks.

Dividends are a minority portion of Apple's shareholder capital return program, the majority of which has been earmarked for buying back outstanding shares.

Buybacks increase the scarcity, and therefore value, of Apple's stock by taking shares off the market and retiring them. Removing shares from circulation also enhances the company's closely-watched earnings per share metrics. Over the last four quarters, Apple has repurchased $34 billion worth of its stock off the market or via accelerated repurchase programs, with $11 billion of that spent in the most recent quarter ending in December.

In total, Apple has spent $144 billion on stock buybacks since initiating its capital return program, including an opportunistic $14 billion share grab initiated after the stock plunged more than 8 percent in January 2015 following the company's holiday Q1 release which detailed its highest ever quarterly revenues and operating profits--results that the tech media depicted as "disappointing."

This happened again in the summer after Apple announced record earnings in June but market players raised the fearsome prospect of weak sales in China. Apple's shares tanked, enabling the company to opportunistically snatch up $14 billion of its own shares at what was then the lowest point in 2015.

Apple subsequently announced blockbuster earnings for the holiday Q4, particularly in China where revenue nearly doubled and iPhone sales grew by 87 percent in a market that only grew by 4 percent (meaning that outside of Apple, the market for smartphones had actually contracted). Apple also guided for growth higher than analysts were expecting. That correction in intelligence sent Apple's stock up a relatively meager few percent, followed by a massive collapse resulting from new rumors of supplier cuts that were interpreted as representing a massive decline in iPhone demand.

However, those rumors did not materialize in Q1 results. Instead, Apple provided guidance for Q2 to indicate a much smaller decline year over year than the rumors had anticipated. Even so, Apple's shares have continued to fall to levels not seen since the summer of 2014, before iPhone 6--the most popular and massively successful computing device ever sold--appeared.

Against earlier predictions, iPhone 6s achieved similar sales in the winter quarter, while Apple's valuation returned to the days of iPhone 5/5s. Over the March quarter, Apple's global sales of iPhones, iPad and Macs were all lower than the year ago quarter, with the company attributed to a difficult economic climate and very unfavorable exchange rates across most of its international regions.

Apple's shares have indeed since spiraled upward, and are currently trading above $130.

Despite massive buybacks, Apple still has a massive pile of cash

Apple is currently using much of its domestic U.S. cash flow to finance stock buybacks and dividend payments, and is also issuing bonds at extremely low interest rates to help pay for its capital return programs.

It currently holds $230 billion of its total $246 billion in cash reserves overseas; spending those funds domestically would incur a substantial tax penalty unless the U.S. Congress approves a tax break to enable and incentivize American firms to invest their foreign earnings in America.

Investors generally view cash as bad for companies to hoard (due to low returns from conservative investments), but Apple can't currently distribute more cash to shareholders without incurring a substantial U.S. tax penalty.

That has made Apple's vast cash holdings a convenient problem to have, because it enables the company to borrow at interest rates very close to zero for domestic investment and capital returns to shareholders while still maintaining vast market power to make long term component deals and strategic investments ranging from acquisitions to expansions of its retail network and its production capabilities.

Last year Apple reported that it expected to invest $15 billion in infrastructure, tooling, retail and other capital expenditures in fiscal 2016. For the current year, Apple expects to spend $16 billion.

Last May, Apple announced a $1 billion investment in Chinese ride-hailing company Didi Chuxing, a move that resulted in rival Uber ending its efforts to compete in China. The company also continues to expand its retail presence in China, in tandem with plans to expand its research and development center in Shanghai. 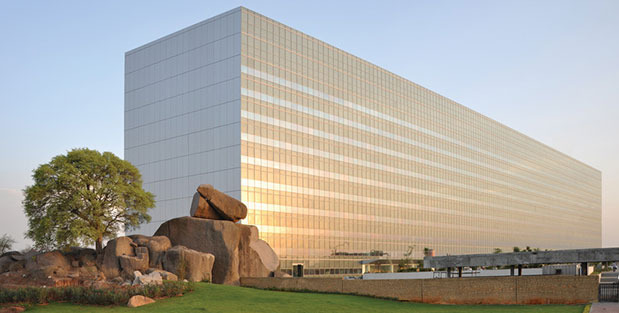 
Apple has also initiated efforts to expand into India, including a technology center in Hyderabad (above) and a Design and Development Accelerator in Bengaluru.

The company is also expanding two offices in Israel focused on advanced silicon chip design and memory technology, as well as its corporate office and R&D center in Cambridge, England, focused on Siri voice recognition and natural language parsing intelligence.
«12»