AppleInsider
Posted: July 13, 2017 1:06PM
in General Discussion edited July 2017
The latest drone footage from Apple park shows the march of progress towards completion, but it is not clear how many more videos there will be of the campus. with Apple reportedly cracking down on drone pilots in the area.

The latest footage from Apple Park shows a glimpse inside the now unclad Steve Jobs Theater, work underway in the atrium, the historic barn re-assembled completely, and the manmade pond nearly ready for water. Additionally, a large amount of progress has been made on the visitor's center, showing a roof resembling the Chicago remodeled store. 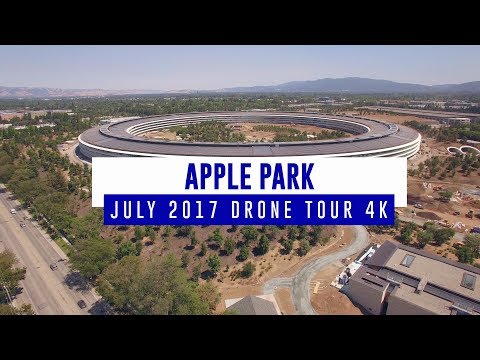 AppleInsider has also learned that there is a security force intended to halt these flyovers. Another drone pilot claims that they were stopped by a hired security guard who has the express purpose of shutting down drone flights over the campus.

At present, Apple Park is not listed as a "no-fly" area by the U.S. Federal Aviation Administration, nor could AppleInsider locate any filing for the "Controlled Airspace" status at this time. Current FAA guidance requires drones to keep 360 feet away from structures, and mandates that the user must maintain visual line-of-sight to the device at all times.

Navigable airspace above 500 feet is limited to manned airplanes. FAA guidance allows drones to fly below an altitude 400 feet to ground level, but there are court rulings from the mid-20th century that suggest that a landowner owns up to 365 feet -- so a legal battle is imminent.

Apple could have an avenue for restrictions, if they can demonstrate that the drones are causing a nuisance, or are violating one of California's privacy laws. Drones landing or being flown from private property can result in a trespassing charge. 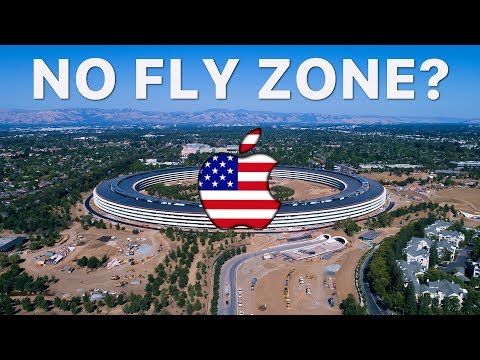 A new micro-grid installed on the campus is reportedly capable of delivering 17 megawatts of power from solar alone, and handling about 75 percent of the facility's power requirements. The solar installation is supplemented by Bloom Energy-provided fuel cells, similar to those installed at the North Carolina data center.
«12»