AppleInsider
Posted: January 5, 2018 8:30PM
in General Discussion edited January 2018
Amazon won't be the first company to deploy its Alexa voice assistant in glasses, with Vuzix stepping up to the plate to do so in mid-2018.

Vuzix CEO Paul Travers told Bloomberg about the glasses in an interview on Friday. Little is known about the performance of the glasses, with Travers saying that information from Alexa will be presented inside the wearer's field of view.

The glasses utilize an Amazon Alexa licensing program, allowing third parties to implement the technology in a variety of products. For the most part, the technology has been used in speaker sets and smartphone docks, with the Vuzix implementation being the first in a pair of smart glasses.

Amazon confirmed Vuzix's product, with a spokeswoman telling Bloomberg that the company was "excited about the potential" for the glasses in the marketplace, and how they would expand Alexa's reach.

The Amazon Alexa-embedded glasses are expected in the second quarter for about $1000. It is hoping to get the price down to under $500 by 2019.

Vuzix was founded in 1997, and has been working on "video eyewear" the entire time. The company has declared that it will be unveiling the Vuzix Blade AR Smart Glasses at the 2018 Consumer Electronics Show, with a companion app to connect an Android or iOS device as a data source. 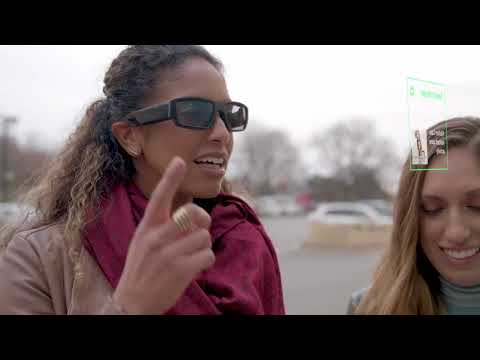 Vuzix is no stranger to the CES. The company has won awards from the show for 13 consecutive years, all for "video eyewear" and related technologies.

Apple has been thought to be in the development phase of its own augmented reality headset, with rumors of the product spanning back to 2015. In October, Apple CEO Tim Cook said that the technology for it "doesn't exist to do that in a quality way."

"The display technology required, as well as putting enough stuff around your face - there's huge challenges with that," Cook said in the October interview. Technical challenges, such as optics providing an adequate field of view and "the display itself," hold the concept back from being an available consumer product.
«12»