AppleInsider
Posted: April 30, 2018 5:06PM
in Current Mac Hardware edited February 2020
Apple launched its new butterfly key-switch keyboard with the MacBook, with some usability complaints starting nearly immediately, but it wasn't until its adoption in the MacBook Pro in 2016 that reliability concerns started popping up -- and AppleInsider has the hard data on failure rates. 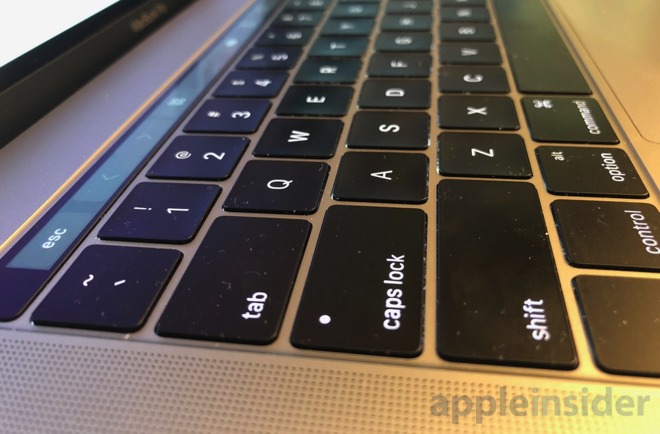 Following anecdotal reports of a keyboard more prone to failure than in previous years, AppleInsider has collected service data for the first year of release of the 2014, 2015, and 2016 MacBook Pros, with an additional slightly shorter data set for the 2017 model year given that it hasn't been available for a year yet.

Not including any Touch Bar failures, the 2016 MacBook Pro keyboard is failing twice as often in the first year of use as the 2014 or 2015 MacBook Pro models, and the 2017 is better, but not by a lot.

While Apple doesn't break out the numbers of MacBook Pros the company sells versus the rest of the Mac line, other data that we've collected in the course of this research suggests that the relative percentage of MacBook Pros to other models has remained the same.

Given that Mac sales are up only slightly year over year, we'll also assume for the sake of discussion and mathematics that there has been no appreciable increase in Mac sales. 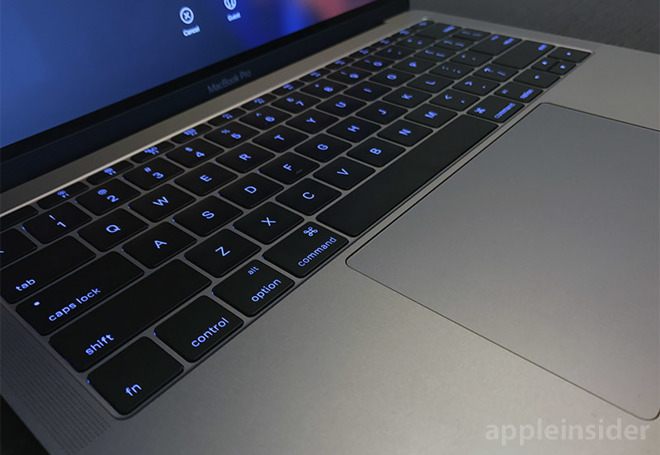 All data has been collected from assorted Apple Genius Bars in the U.S. that we have been working with for several years, as well as Apple-authorized third-party repair shops.

The 2014 MacBook Pro model year saw 2120 service events in the first year, with 118 related to keyboard issues necessitating an upper case replacement -- 5.6 percent of all MacBook Pros serviced in the first year. The 2015 has 1904 service tickets, with 114 relating to the keyboard, making 6.0 percent.

The two numbers are very similar, which is to be expected. The keyboards were essentially unchanged since the 2012 Retina MacBook Pro, and should have failure rates similar to each other.

We don't have a full year of data for the 2017 MacBook Pro yet. But, since release in June 2017, our data set has 1161 captured service events with 94 related to keyboard issues also not including any Touch Bar issues -- 8.1 percent.

Failure rates across all four models are relatively static, with no appreciable increase or decrease in events reported at any time after release. Percentages of failures were comparable between the third-party authorized shops, and the Genius Bar data.

This does suggest that there is another factor besides the design contributing to the failure. But, a keyboard designed for durability and portability should consider at least some of these cases that are causing multiple failures.

Apple has a second-generation MacBook Pro keyboard. It is in the 2017 MacBook Pro, and repaired 2016 models. The repair percentages on those are up from the 2014 and 2015 keyboards as well, but not nearly as much as the 2016.

This is an expensive repair!

The keyboard isn't replaceable by itself. Break one key switch, and you need to replace the whole assembly, consisting of the keyboard, the battery, and the upper case metal surrounding the keyboard and Thunderbolt 3 ports. 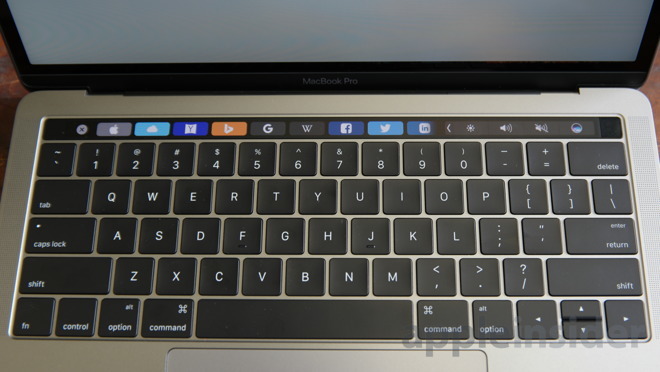 We've seen out-of-warranty pricing with labor and parts exceeding $700 for the job, and it isn't an easy repair, necessitating a complete disassembly of the machine. This same repair is $400 on the 2014 and 2015 MacBook Pro -- cheaper, but still a lot of money.

We don't know for sure how many GPU failures in the 2011 through 2013 MacBook Pro line caused Apple to act, nor do we know what triggered the display coating repair extension program.

But, the near-doubled failure rate of the keyboard in the first year on the 2016 MacBook Pro is a ticking time bomb for users, and it doesn't matter why.