AppleInsider
Posted: May 15, 2018 4:52PM
in iPhone edited August 2020
The recent alleged leaks and some of the speculation for the 'iPhone SE 2' suggest it will have a notch at the top, potentially housing the TrueDepth array. While there is doubt that it will happen, there's still some grounds for Face ID to make it onto the cheapest iPhone in the lineup. 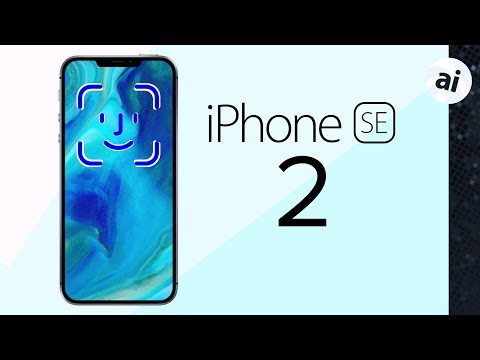 I'm sure you've heard some of the rumors claiming Apple's upcoming "iPhone SE 2" will have Face ID, using the TrueDepth camera system introduced with the iPhone X. Some critics may think this is unlikely to happen, since Face ID is a top-of-the-line feature reserved for the premium end of Apple's range, but there's still a few reasons why it's actually a great idea to use it.

First of all, Apple is heavily invested in Face ID hardware and software production. If this iteration of the iPhone SE won't pack the TrueDepth sensor, it could be another couple of years until we see another SE model that could have it. 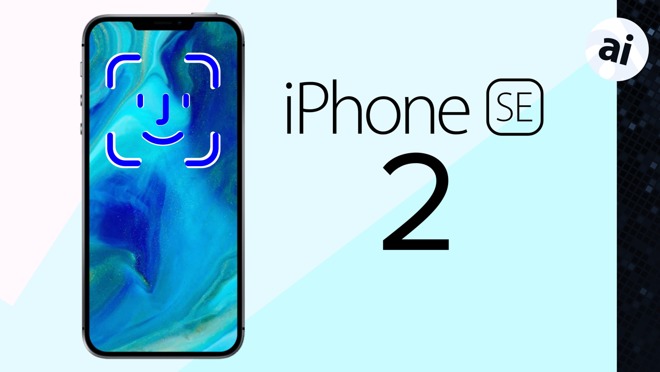 More iPhone models are expected to pack the TrueDepth sensor array, when the main lineup undergoes its annual refresh this fall. There are even rumors of an upcoming iPad Pro gaining Face ID, so if these rumors are correct, an "iPhone SE 2" without Face ID could be left in the dust.

The iPhone SE is the cheapest new iPhone you can get, starting from $349. You might argue that the iPhone SE's price-point is too low to incorporate Face ID, but if Apple can bring the cost of parts down, this could actually be a great reason for the second-generation iPhone SE to come with it.

If Apple wants to go full-force into the future with TrueDepth and Face ID, it makes sense to offer it across a wide-range of devices. There are many users who are currently held back from being able to use Face ID because of the massive $1,000 price-tag attached to the iPhone X, so a TrueDepth camera system on their cheapest iPhone model would make the transition to widespread Face ID usage more seamless.

If the "iPhone SE 2" doesn't gain Face ID, it'll most likely stick with it's small rectangular screen instead of an iPhone X-style edge-to-edge display. Depending on the design, it might feel ancient compared to the new iPhone models packing the TrueDepth camera system.

Users of the iPhone SE love it because of its small form factor and original design. Face ID would allow for a full edge-to-edge screen that'll provide more screen space while maintaining the small form factor.

On the other hand, many are saying Apple is unlikely to equip the next iPhone SE with Face ID because it is trying to keep costs for this model to a minimum. There is also the possibility Apple will offer two "iPhone SE 2" models, one with the TrueDepth array and one without.

The original iPhone SE was released in March 2016, making it over two years since its release, without an announcement of a new model. There may be a longer wait before one surfaces, as despite some Eurasian regulatory filings suggesting otherwise, there are rumors that the "iPhone SE 2" will be released alongside the annual iPhone refresh this September.

Given history, it is unlikely Apple will reveal or release the "iPhone SE 2" at WWDC this June, since they've generally waited until September to reveal their new iPhones. Even so, we are still expecting Apple to unveil some new iPad Pro models alongside iOS 12.
«123»