AppleInsider
Posted: May 15, 2018 8:41PM
in iPhone edited August 2020
The first witness called at the beginning of the latest Apple v. Samsung damages trial on Tuesday was marketing VP Greg Joswiak, who pushed Apple's position on the importance of product design. 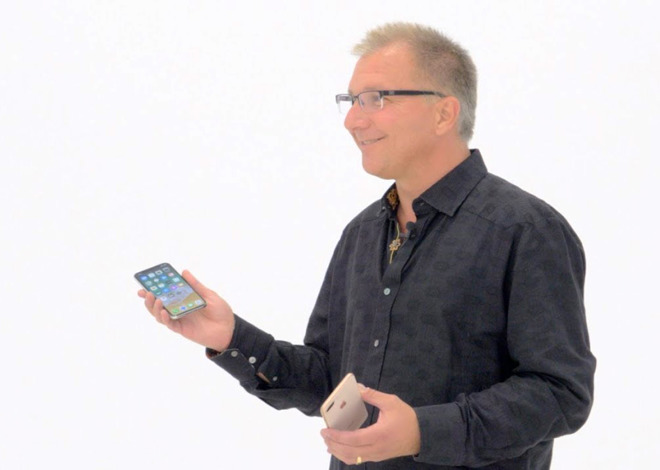 Design was "something that [Apple co-founder] Steve [Jobs] had created in the DNA of the company," Greg Joswiak said in testimony according to reporter Mike Swift. Apple attorneys used the occasion to show the jury photos of products including Macs, iPods, Powerbooks, and MacBooks, with the message that design was critical even before the iPhone's 2007 debut.

"We were really risking everything that was making Apple successful at the time," Joswiak said about the iPhone. "We really were betting the company."

Apple's goal in the trial is to convince jurors that Samsung should pay $1 billion in damages for infringed iPhone design patents. Samsung, however, has momentum from a U.S. Supreme Court ruling in 2016, which said it was unfair to force a company to pay the whole profits from a device when only a few elements were infringing. Samsung has likened Apple's logic to paying the whole profits from a car for an infringing cupholder.

The case in question dates back to 2011, and initially resulted in a $1 billion verdict in Apple's favor. That sum dropped multiple times in subsequent court actions though, and there's a chance Samsung will owe even less if it can make a convincing argument at the current trial.

Regardless, the outcome is unlikely to have much impact. Samsung is a multinational giant earning billions in revenue every year, and the products Apple filed suit over have been off shelves for years. In fact Samsung has long been using modified designs to avoid any further lawsuits.