AppleInsider
Posted: May 17, 2018 2:28PM
in iPhone edited May 2018
Going on the offensive, Samsung has released a new commercial targeting Apple's recent admission that it throttles iPhones with chemically depleted batteries.

Dubbed "Moving On," the spot features a woman becoming increasingly frustrated with the speed of her iPhone 6 during instances like airport check-ins or calling for a taxi. At one point she visits an Apple store, where a technician tells her she could disable "performance management" features at the risk of sudden shutdowns, or simply buy a new iPhone.

Instead, she decides to buy a Galaxy S9, remarking about much faster it is.

The ad also features many references to the iPhone X, including even a father and son with "notch" haircuts.

Apple acknowledged its iPhone throttling practices in December, saying it was necessary to prevent shutdowns, much as in Samsung's commercial. In response to public backlash it began offering $29 out-of-warranty battery replacements, and introduced battery management options in iOS 11.3. The company is still dealing with lawsuits and government inquiries.

Samsung Galaxy phones do not throttle down when in an under-voltage condition induced by battery wear and user-induced load. Instead, they just shut down unexpectedly, and without warning.

Samsung dealt with its own battery issue in 2016, after a series of battery fires with its Note 7 flagship forced not one but two recalls. The debacle ended up costing over $5 billion, though the company now has more stringent testing and has enjoyed success with subsequent phones. 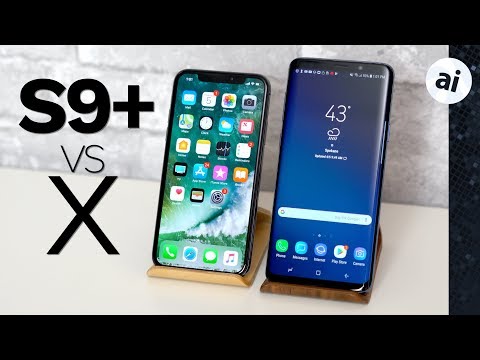