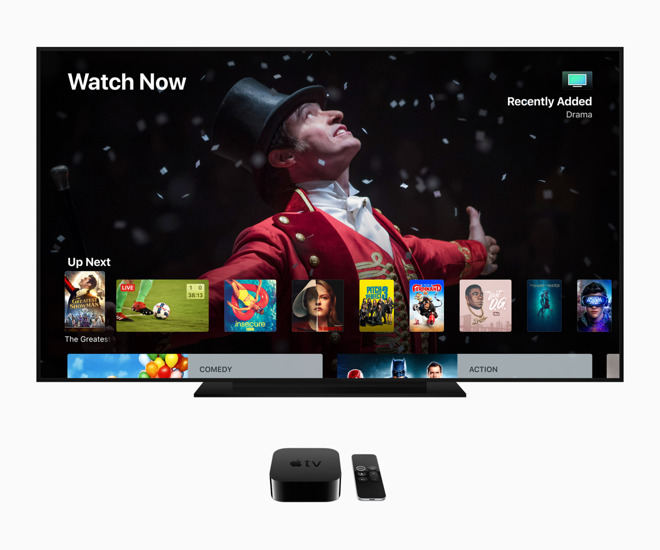 Coming this fall, the tvOS 12 update will deliver long-delayed Dolby Atmos surround sound, which can locate sounds in 3D space instead of just relying on discrete channels. A number of movies on iTunes will be upgraded with support, and people who already own those titles will get the altered versions automatically.

Several TV services will be using the Apple TV as a cable box replacement, including Charter Spectrum in the U.S. starting later this year. The company has already partnered with Canal+ in France, and Salt. in Switzerland.

A related concept is "zero sign-on," which will detect a provider's network and automatically sign users into channel apps. Charter Spectrum will be the first company on board.

Home control system makers Crestron, Savant, and Control4 will link their remotes to the Apple TV, including support for Siri.

One minor addition is that when looking at Aerial screensavers, users will be able to switch between locations with a swipe, and bring up location information with a tap. A new Aerial, "Earth," was filmed aboard the International Space Station and should be available later on Monday. 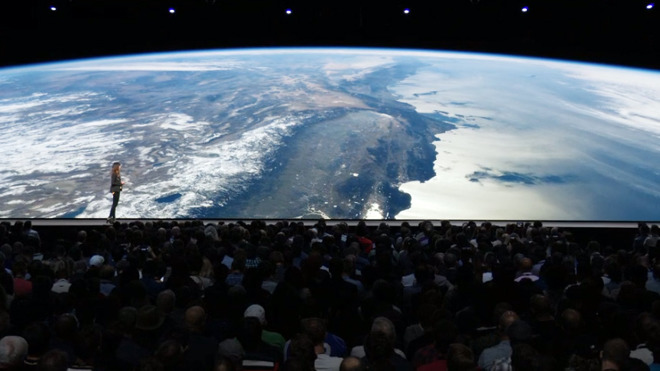 Apple will also enable cross-device AutoFill, bringing over passwords from iPhone and iPad apps, and add the Apple TV Remote app to Control Center automatically. At the moment it's an optional download.
«12»