AppleInsider
Posted: July 30, 2018 7:45PM
in iOS edited July 2018
Earlier on Monday, Apple released the fifth beta of iOS 12 to developers. AppleInsider has been digging through this most recent release and we have assembled a long list of everything that has changed this time around. 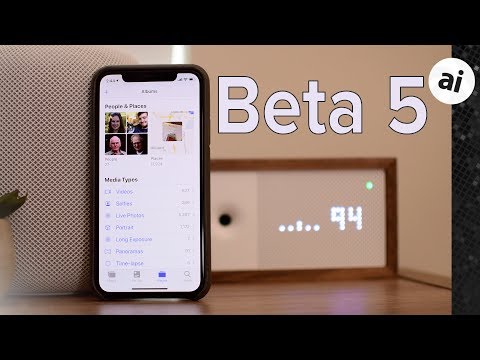 Of note this time around, the saturation on wallpapers have been increased, reversing a change we saw a few betas back that upset some users.

We also have more splash screens and explainers being added, which will be helpful for those upgrading once iOS 12 is released and wondering what is new.

The last big change is that it appears once iOS 12 finally launches in the fall, the Battery Health feature will be officially leaving beta. Battery Health was first added with iOS 11.3 to address the concerns of throttling on older devices with degraded batteries. It gave users the option of either throttling their devices or dealing with subpar performance and occasional restarts.

iOS 12 beta 5 was released alongside the latest betas of watchOS 5, macOS Mojave, and tvOS 12. Apple is expected to release all of these updates this fall, most likely alongside new iPhones and iPads.

Modified text in HomePod's personal requests setup pane reads, "Allow anyone to use this HomePod to send and read messages, add reminders, create notes, make phone calls, and more with this iPhone when it is connected to the same Wi-Fi network." Previously, the pop-up window lacked language specifying access to an iPhone's telephone abilities.