AppleInsider
Posted: August 24, 2018 7:05PM
in General Discussion edited January 26
Fantom Drives has long been purveyors of external drives, almost always encased in a durable metal body. Their new 1TB G-Force 3.1 drive carries on that tradition with the addition of USB-C. 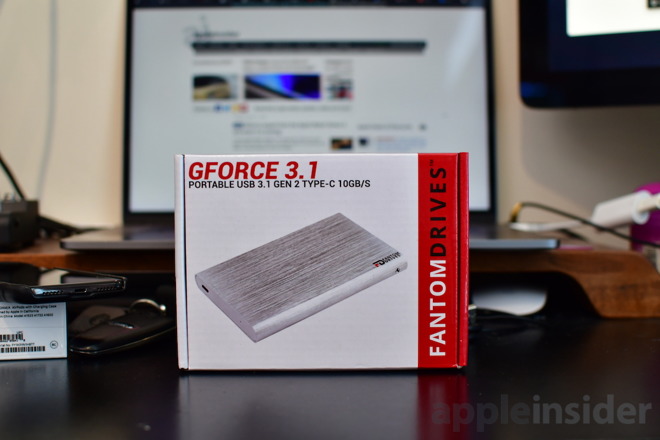 Read on for exclusive AppleInsider discount codes below.

Like the rest of the Fantom Drives lineup, the 1TB G-Force 3.1 we tested is wrapped in aluminum. We are generally fans of aluminum external frames, but Fantom Drive's can come off a bit utilitarian. They look like an extruded metal tube with the internals secured inside, versus a more detailed exterior that has a bit more work put into it.

Aside from looking sleek, that aluminum body also doubles as a heatsink, preventing the SSD from overheating without the necessity for a fan. On one of the plastic ends there is a series of vents for air to escape and the other houses and offset USB-C 3.1 gen 2 port and a bright blue LED.

If it were up to us, the LED would be a bit more subtle and less piercing, but that is largely a matter of preference.

That metal frame also offers quite a bit of protection for the delicate internals. This can even be seen in this short video Fantom Drives shared putting the G-Force 3.1 through the ringer. 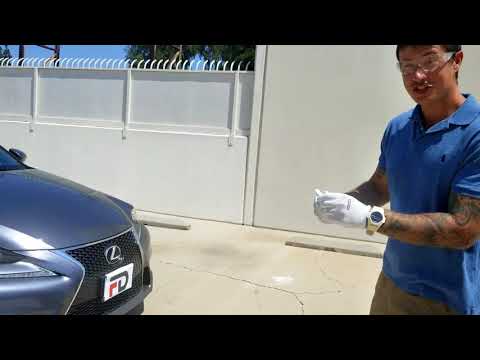 Internally, is an SSD ranging from 240GB to 2TB, that the company claims has speeds up to 560MB/s across the board regardless of capacity. Of course, we put the 1TB model on our test bench ourselves to see what it gets in actuality. 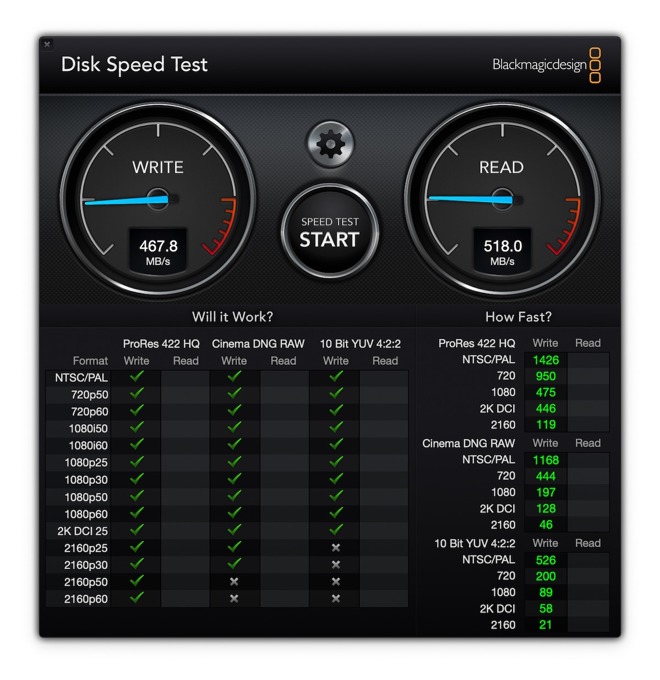 Between using it to edit some videos on the go and the Blackmagic Disk Speed Test, we got some pretty good speeds. Real world results were a bit below the advertised, usually averaging around the 468MB/s write speed we saw in Blackmagic, which isn't uncommmon.

In the real world

What does that mean in actual file transfers speed? We were able to move a 3.75GB file in just under eight seconds. Definitely fast enough for on-the-go editing.

In the box, Fantom Drives includes both a USB-C to USB-C and a USB-C to USB-A cable, which is helpful for keeping the future in mind but still supporting legacy devices that still use the Type-A connector. 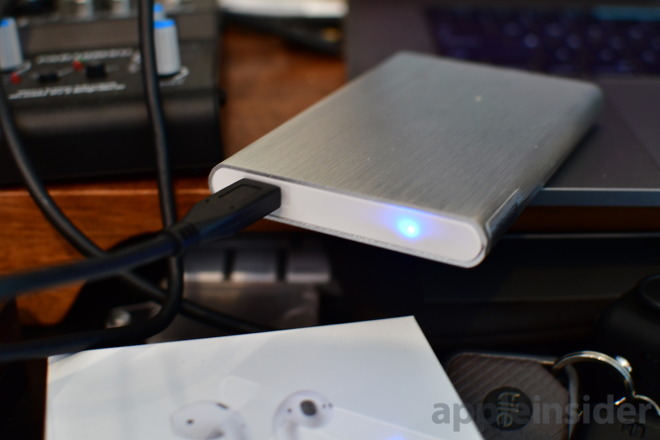 We do wish that they included some sort of carrying pouch, one that would help protect our other gear from the slightly sharper edges of the metal. Metal on metal never seems like a good idea, so we do make an effort to keep it separate from other delicates in our gear bag.

Editors note: After publication, Fantom Drives agreed a bag should be included. It has been shipped to those who have already purchased and will be included in all new purchases.

Other than that, if you're in the market for an external SSD, the Fantom Drives G-Force 3.1 is fast, rugged, durable, and adaptable for any situation.

Fantom Drives is fairly priced, coming in at a similar price point to many other drives on the market. The 240GB model starts just below $90 on Amazon.