AppleInsider
Posted: October 11, 2018 1:05PM
in iPhone
Two years of Google selling "Pixel" branded versions of HTC and LG handsets have done nothing to arrest the slide that both Android licensees are seeing in their mobile sales. Will more exclusive machine learning and artificial intelligence features on Pixel 3 models do anything to change that? 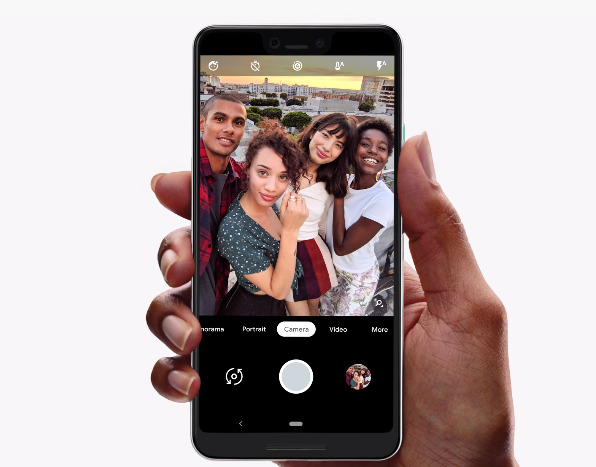 Ten years ago, Google offered Taiwan's HTC a lifeline of sorts in the form of an Android partnership for the original HTC Dream, followed by Nexus One. However, the former Windows Mobile contract manufacturer hasn't fared so well since. Google's last two years of HTC-built Pixels have done nothing to help the struggling company.

After its initial work with HTC, Google moved on to partner with Samsung, then LG and Motorola. HTC's next collaboration on Google's Nexus 9 tablet was a bust. Selected by Google to build the Pixel and Pixel 2, HTC's sales have slipped faster and faster down a slope towards oblivion.

HTC reports revenues monthly, and the story they outline is one of dramatic failure. Across 2018, HTC's revenues have increasingly plummeted.

The seasonal boost in September 2017 didn't occur in 2018 at all, with the company chalking up an 80 percent decrease in HTC's revenues. Overall, HTC's revenues in 2018 have collapsed by 57.7 percent.

HTC revenues are circling the drain every faster, despite its Pixel partnership with Google

That's in comparison to 2017, when HTC was already experiencing problems with selling its phones. Rather than helping, another generation of Pixel 2 ransacked HTC's 9 months of revenues from 46,372 NT (nearly $1.5 billion) to a mere 19,507 NT ($600 million). That's even before looking at HTC's profits, which are a function of its volumes of sales.

Google's three generations of larger Pixel XL phones are built by LG. Those sales aren't helping to stabilize things for LG, which has been actively losing money on its Mobile Communications operations.

While the rest of LG's consolidated operations are profitable, its MC group that builds Pixel XL as well as LG's own handsets reported a year over year decline in revenues of 19.2 percent, and drop in operating income over twice as large: down 45.7 percent over the year-ago second-quarter.

Looking ahead to Q3, during which Apple launched its new iPhone XS and iPhone XR models, LG noted, "competition in the premium smartphone market is expected to intensify due to stagnant smartphone demand and competitors launching new products."

Google triples down on its failed Pixel strategy

Google's Nexus and Pixel re-brandings of Android licensee hardware were supposed to be a combination of a strategy to build a base of users dependent upon Google's services and/or an object lesson for Android licensees to show them how to successfully build desirable, successful Android phones. By either metric, Google's Nexus and Pixel have failed disastrously over the last ten years.

Why did the last two generations of Pixel phones perform so badly? Google pursued a software-first strategy that promoted exclusive, proprietary camera features that other Android phones didn't have. But, there was little else offered to make Pixel competitive with other Android devices that cost far less than Google was asking.

Nothing about Pixel or Pixel 2 really offered anything to aggressively compete with last year's iPhone, let alone the newest iPhones Apple released at the same time.

In dramatic contrast to Apple's supply chain expertise, Google's Pixel is effectively helping to starve its own supply chain to death. Yet while sources from Bloomberg to the Wall Street Journal and Japan's Nikkei desperately search for potential problems among the often-false rumors surrounding Apple's tentacles of production, there's been nothing but glowing admiration for Google's decade of ineffectual stabs at building a hardware business.

There's not even any pointed criticism of Google's round-robin strategy of throwing resources at one Android licensee, then yanking support to work with another. When Apple switches suppliers, there's full, detailed coverage of the poor plight of the company that loses its business. Apple is even held to blame for App Store developers who can't find success.

Yet, nobody in Android-land blames Google for the overall lack of commercial returns from Android. Among hardware partners, Android has been especially problematic.

Google's devastating impact on HTC and LG is particularly notable because Pixel and Pixel 2 were supposed to be evidence that Google could produce an iPhone-priced, premium Android phone -- if only it could bypass bumbling, adware-infatuated Android licensees. Yet after Google took the reins, HTC and LG went from having problems to suffering full-blown crises.

Google's supposedly stellar "brand value," and its tenacious grip on web advertising didn't help one iota to push a significant number of buyers to pay a premium for Pixel phones (or its Pixel-branded Android tablet, which ended up canceled entirely).

This wasn't a unique event. Google previously destroyed any real hope for Nest by taking it over and seeking to align it with its true vision of Android. And before that, Google's takeover of Motorola turned out massive flops like Moto X, which not only failed to make money but actually incinerated $700 million across just the last six months of its production.

The tech media appeared completely blind to any possibility that Google might not be widely successful in hardware, despite its foundering for years in failed attempts to produce phones, tablets, TV boxes and other experiments under the Nexus, Q, Chromebook, and Pixel brands. Given Google's history before the phone, it should have been easy to predict that the company's best-case scenario might be facilitating the production of cheap phones for the low-end, mass market, not a premium device to rival Apple's iPhone.

But just months before Google gave up and sold off the one-time American icon to a Chinese company, Steven Levy wrote the official company line in an article for Wired: "Moto X is the first in a series of hardware products that Google hopes will supercharge the mother company's software and services."

After Google's five generations of Nexus, two cycles of Moto X and now its third attempt with Pixel, it's getting increasingly ridiculous to suggest that Google's well-established failure in designing, producing and marketing hardware is going to be reversed by new software update plans, new software technology, or a clever new machine learning software feature.
«123»