AppleInsider
Posted: November 24, 2018 4:14PM
in Current Mac Hardware edited December 2019
Now that Apple has finally updated MacBook Air, a lot of people are trying to figure out if they should buy the new model over the comparably priced 2017 non-Touch Bar MacBook Pro. AppleInsider shows you all of the benefits and shortcomings of each model, so you can make your decision today. 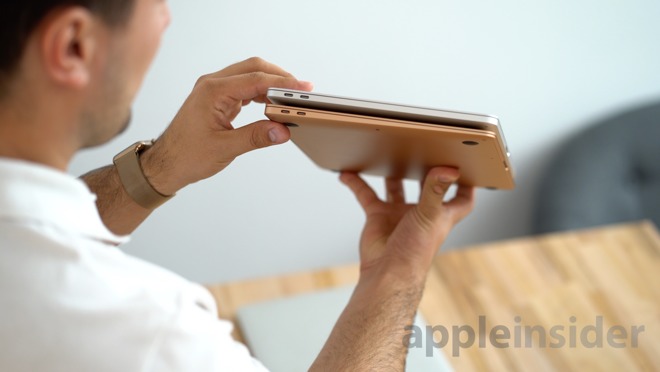 The new MacBook Air finally gets a Retina display, which is great, but compared to the 13-inch MacBook Pro's display it's a lot dimmer. The Pro's screen supports P3 Wide-color gamut, which the Air does not, making it much more color accurate as well. 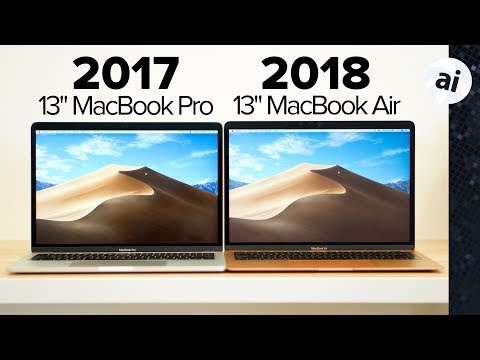 In terms of portability, the Air weighs a quarter of a pound lighter than the Pro, and stacking them on top of each other, they're basically the same size. From the side, the Air has more of a wedge shape when compared to the Pro, tapering from back to front. 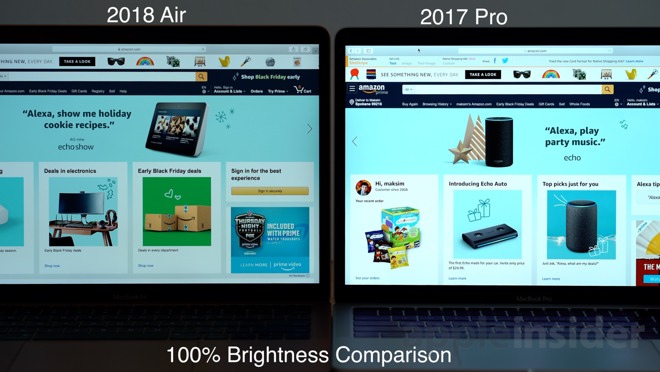 Interestingly, at their tallest points, the Air is thicker than the Pro, but the front edge is quite a bit thinner. Because of this, the Air's keyboard slopes downward for a much more comfortable typing experience. The Pro also has sharp edges that can sometimes dig into your wrist when typing. 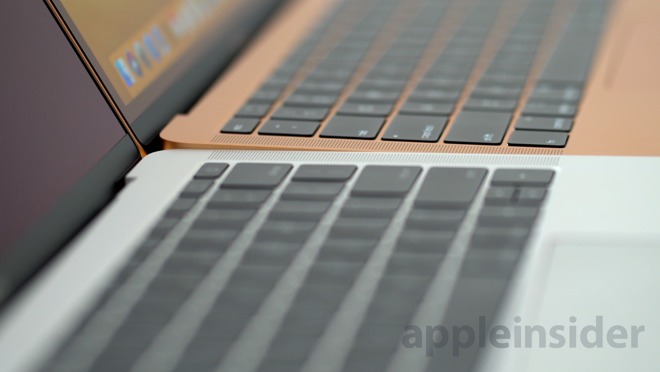 The Air also gets Apple's third-generation butterfly keyboard, which incorporates a silicone barrier under the keys to block debris from entering the switch mechanism. This thin shield makes the Air's keyboard more reliable and less prone to breakage than the second-generation mechanism found in the Pro.

The trackpad on the MacBook Pro is significantly larger, even though the notebooks are practically the same size. 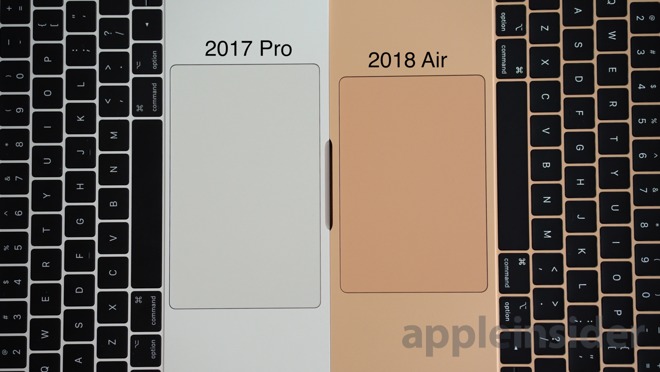 The speakers on the 2017 MacBook Pro are quite a bit better than the audio components in the new MacBook Air. Played side by side, the Pro's speakers are clearly better.

Beyond design, the MacBook Air has a leg up on the Pro in a few key areas. First off, it comes with Touch ID, which is really useful for logging in and using Apple Pay. 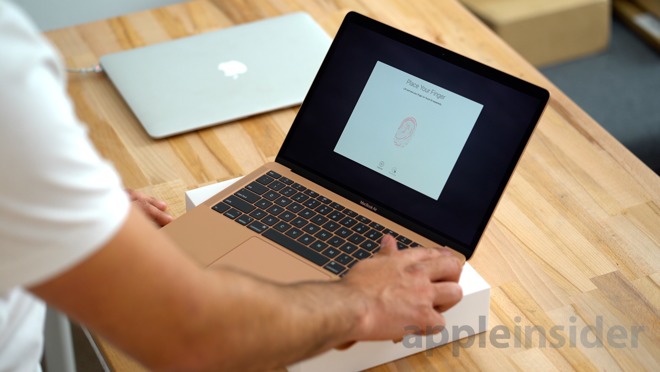 It also comes with Apple's T2 security chip, which enables Hey Siri and takes care of a lot of tasks on behalf of the processor, such as automatic file encryption.

That said, one of the reasons the MacBook Air gets such great battery life is because its processor and GPU are not designed for performance. In Geekbench 4's multi-core test, the Pro scored quite a bit higher, and we saw the same thing in Cinebench R15's CPU test.

The MacBook Pro is around 50 percent faster in Geekbench 4 graphics testing, which is its biggest advantage. The extra horsepower makes tasks like professional video editing possible.

If you care about performance, especially graphics performance, and you sometimes use your MacBook outside, go for the MacBook Pro.

If you absolutely must have the best battery life, then the MacBook Air is the obvious choice. It's also the better option if you do a lot of typing every day, since it's more comfortable and more reliable. To me, the front edge on the MacBook Pro isn't bothersome and I love the larger trackpad. 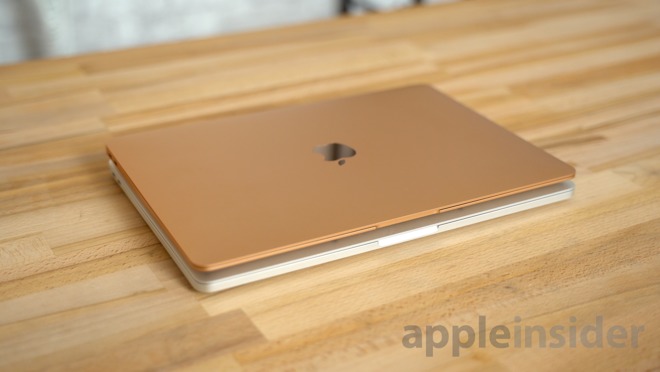 Comparing the overall size of both models

If you're a fan of loud and clear speakers, the MacBook Pro is your best bet.

Touch ID and the T2 chip are nice, but personally, those features are neither dealmakers nor dealbreakers.

Apple's standard 2017 13-inch MacBook Pro with function keys is also marked down, this time by $200, with coupon code APINSIDER.

More info, including how to redeem the coupon code, can be found in this Black Friday roundup. And to find discounts on every Mac, visit our Apple Price Guide.
«12»